The now-dead “Field & Stream buck” enjoyed quite a run a few months ago, but another giant Midwestern monster is... 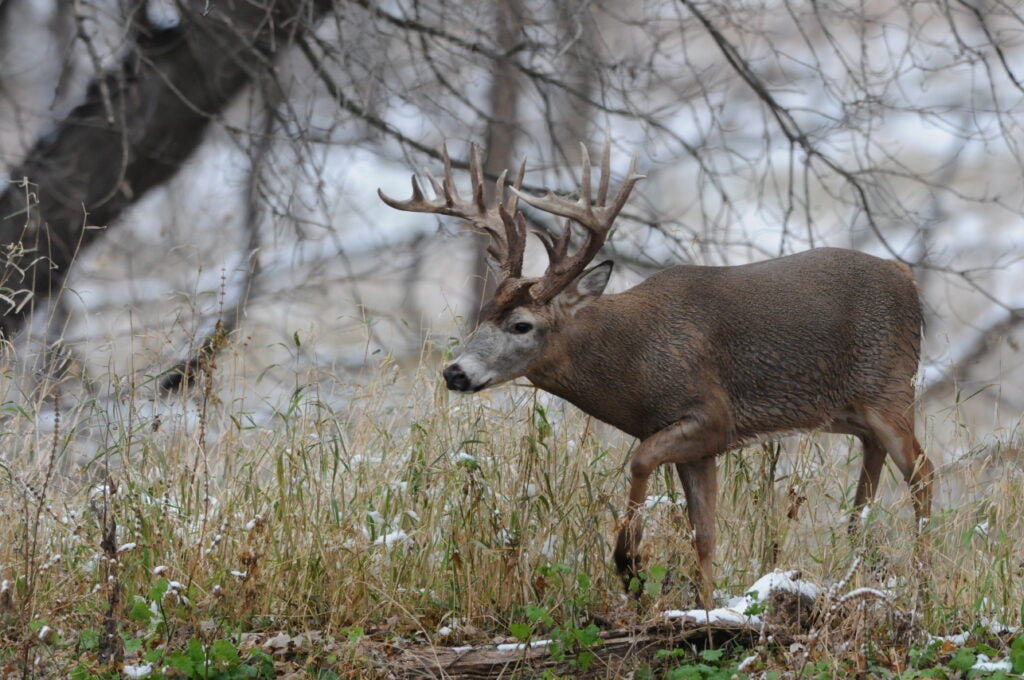 The now-dead “Field & Stream buck” enjoyed quite a run a few months ago, but another giant Midwestern monster is gaining its own reputation. This fall we showcased a monster whitetail living in the city limits of Sioux Falls, South Dakota, that was well known to area residents. We revisited that behemoth buck mere weeks ago in this space, when I snooped into rumors the giant non-typical had been killed by a vehicle. Those rumors proved false, thankfully.

The story took on new legs less than a week ago when Sioux Falls resident Kelly Kirsch–who’d been watching the buck as it regularly visited a field–found both of the whitetail’s shed antlers. Kirsch had noticed the buck was missing its rack one day and received permission to search for the sheds. Finding the first side took him only 20 minutes. The other antler wasn’t so easy. Kirsch walked for 3 days and an estimated 30 miles to find the match, but his effort was worth it; the set is estimated to score around 250″ B&C as a nontypical.

For a more comprehensive look at the shed story, watch this video provided by KELO TV in Sioux Falls….and stay tuned to Buck Tracker in the months ahead. We might have stumbled on to the “Son of the Field & Stream Buck”!