Boone & Crockett: Whitetail Record Entries Have Increased 400% In Past 3 Decades

I grew up hunting deer in Wisconsin. I distinctly remember how much I yearned to take a trophy buck. And... 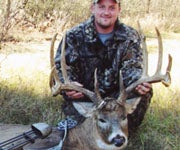 I grew up hunting deer in Wisconsin. I distinctly remember how much I yearned to take a trophy buck. And while I occasionally pine for the hunts of my youth, the truth is that my odds of tagging a wall-hanger are far better now than they ever were when I got my start in the 1970s.

According to a recent press release by the Boone and Crockett Club, whitetail entries in the B&C book have skyrocketed in recent years, rising some 400 percent across whitetail range in the past three decades. And some states, Wisconsin in particular, have made incredible jumps. Badger State hunters registered 40 bucks in the B&C book from 1980-85. That number soared to 383 animals from 2005-2010, an increase of 857 percent! Illinois’ jump for that same time period is even higher at 896 percent. And Ontario went from a single deer during the 1980-85 period to 41 from 2005-10–an incredible 4,000 percent gain!

We can debate all we want about the importance of record keeping for any species. But in my opinion, the upswing in record book entries indicates that the species is doing well, and that success is cause for celebration. At the risk of sounding trite, we are enjoying the good old days of deer hunting, and regardless of the challenges we face, I think it’s important to celebrate that fact.

Listed below are the top 10 states/provinces in the B&C books for 2005-10 entries, and in parentheses, their rank from 20 years ago.