What’s wrong with the deer management in Wisconsin? Plenty, if you ask James Kroll. Kroll–long known as “Dr. Deer” and... 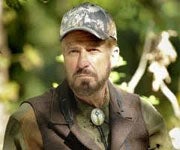 What’s wrong with the deer management in Wisconsin? Plenty, if you ask James Kroll. Kroll–long known as “Dr. Deer” and now as Wisconsin’s “Deer Czar”–has released his much-anticipated “preliminary report” highlighting some of the flaws with Badger State whitetail management. While you can read the entire report here, Kroll’s main talking points are as follows:

– Relationships between the state’s hunters and the DNR are strained at best. The confidence of sportsmen in the agency has been shaken by whitetail population overestimates and its management of CWD, which has been largely deemed a failure.
– The DNR does not have a handle on state’s burgeoning predator population–which includes timber wolves, black bears, bobcats and coyotes–and its effects on the deer herd.
– The agency has done little to work with private landowners (the vast majority of Wisconsin’s deer habitat is privately owned) to involve them in assessing deer populations and habitat issues.
– Hunting regulations in general are complicated, often unpopular, and need to be more consistent and simpler in order to retain hunters and keep them passionate and involved in the sport.

The DNR’s response to Kroll’s report has been pretty low-key, and DNR Deer & Bear Ecologist Kevin Wallenfang has said Kroll’s report contains few surprises. Wallenfang feels the DNR has been addressing several of the issues raised in Kroll’s report (the state is conducting a multi-year study of predation and mortality that began two winters ago) but that time and money will be needed to address them.

Kroll’s next step is to conduct a series of six public meetings, which will be held across the state in the month of April. Following that input-gathering process, Kroll and his team will devise a list of recommendations for change, which they will produce sometime in June. We’ll be covering this process in this blog, as well as in the magazine, in the months to come.