A great prize always brings out the best captions, and with your choice of three Cabela’s trail cams on the... 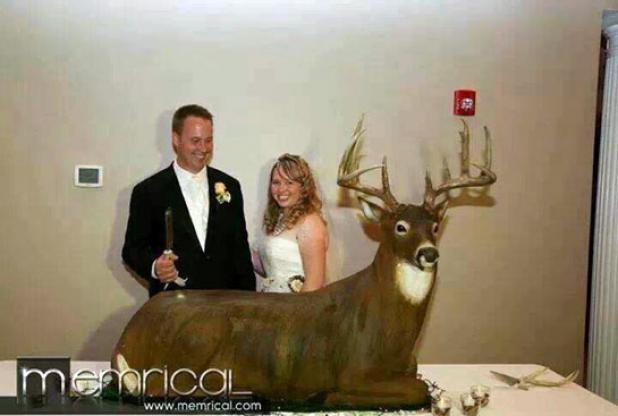 A great prize always brings out the best captions, and with your choice of three Cabela’s trail cams on the line–you guys came through again. As usual, the elite judging panel at Whitetail 365 (Hurteau and me), chuckled, guffawed, and argued until we had a winner.

But first, here are ten entries that came oh-so-close to claiming the prize.

Even this list was hard to pare down, but here they are, in no particular order:
“Those better be chocolate covered raisins…” –ckrogman

“I SPECIFICALLY told the taxidermist to use a vanilla mannequin, not chocolate!” –habben97

Who said you can’t eat the horns? –buckhunter

If you can gross score your wedding cake, you might be a redneck. –Callen

“…and now it’s time for the groom to gut the cake!” –JNUNZMAN

“Honey did you say you wanted backstraps or tenderloin?” –Msteve71

“I hope you realize your ex is getting the piece below the tail.” –Maxx Smith

And the winner, who takes home his choice of three great Cabela’s trail cams, is Sven Katur, who submitted this gem:

Meanwhile, on the other side of town, there are 50 guys dressed in camo at the VFW’s Annual Wild Game Feast staring blankly at a five-tier wedding cake.

Congrats to Sven. We’ll be contacting you shortly to set up the shipping of your prize. Thanks to all.