Generally speaking, today’s rifles are much more accurate than yesterday’s, which leads people to think that the old guns can’t... 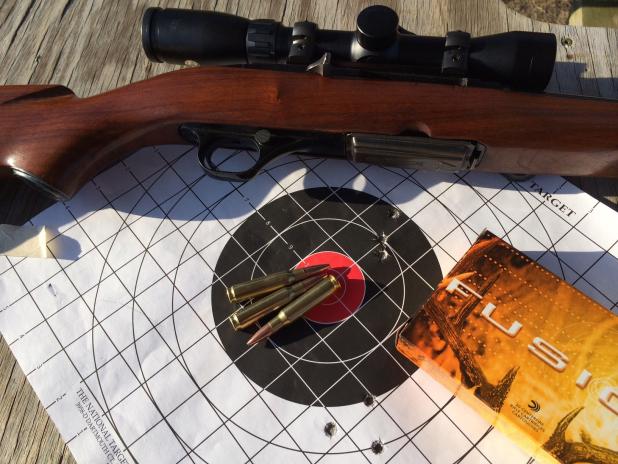 Generally speaking, today’s rifles are much more accurate than yesterday’s, which leads people to think that the old guns can’t shoot. Many can’t, for sure. But some can.

I have a Savage 99 in .300 Savage that shoots just over a minute of angle and a Remington Model 141 in .35 Rem. that shoots just under. I got lucky with those. On the other hand, I have a Winchester Model 70 Classic Compact in 7mm-08 that won’t put three shots inside a cantaloupe no matter what I feed it. Them’s the breaks.

When a new rifle shoots well, you’ve gotten what you expected. Big deal. But with a classic gun, you have no idea what to expect, or what you’ll get. It’s a crapshoot. A gamble. And it’s all part of the charm. The reason why people gamble is because there’s the off chance of a genuine thrill. And I got one from the old Winchester Model 100 .308 Carbine pictured above.

I (roughly) sighted it in for the first time last week, during a big rifle-accuracy test about which you’ll hear more soon. I got the gun for a steal last summer on Gunbroker.com, but because I needed to replace the long-ago-recalled firing pin and because the gun shop was backed up and because I got crazy busy, I just hadn’t had a chance to really shoot it.

Finally, this would be that day. When I uncased the rifle, the other shooters and I took bets on how it would group at 100 yards. Competitive shooter and gunsmith John Blauvelt, who’d seen some good 100s, guessed it would do pretty well. Our own David E. Petzal, who’d seen many bad 100s, figured it would stink up the place. And I, trying to manage expectations, bet on 3-inch groups, telling myself I’d be happy with anything under that.

Then I put the rifle on the sandbags, shot the two groups in the photo–and the angels sang.