If sports analysts can pick the winner of the Super Bowl before the season starts, then we can start talking... 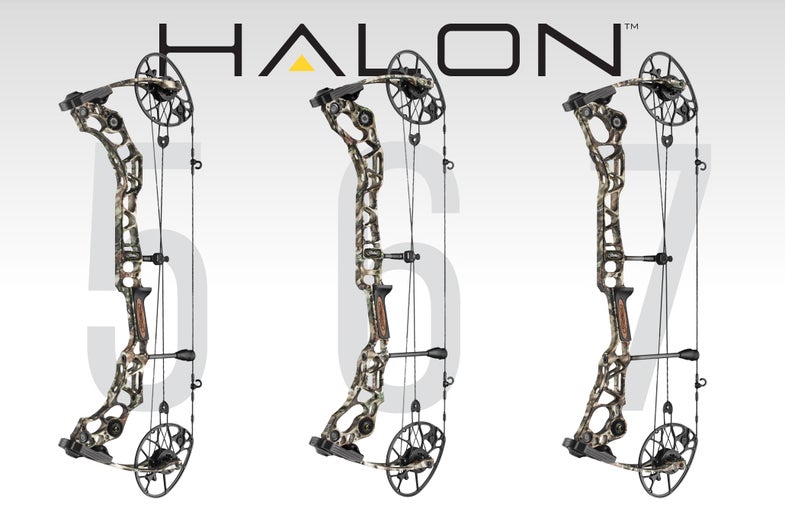 If sports analysts can pick the winner of the Super Bowl before the season starts, then we can start talking about the best new bows of 2016 after the ATA show, from which Scott Bestul, Will Brantley, and I just returned.

It’s true that the show floor is a pretty rotten place to evaluate bows, and that there’s still lots of testing to do. Still, the ATA show does provide a legitimate first impression of the newest bows. The question is, which ones made the best impressions? Simple as that. So after consulting with Bestul and Brantley, here are our (admittedly premature and subject-to-change) picks.

It was a squeaker (see “Best Speed Bow” below), but we are giving top honors to the Halon, for several reasons. First, nobody expected the company that made its considerable reputation on single-cam technology to come out with a dual-cam speed bow. (Yes, there’s the Monster, but that’s under the McPherson name.) That’s bold, and we like boldness. Second, the Halon is a heck of a nice-shooting bow. We shot the 6-inch-brace-height version, which has an IBO of 345. (The 5-inch version is 353!) Yet it did not feel like a speed bow; the draw cycle is surprisingly smooth and easy, and the bow is very dead in the hand. Third, we think the Halon’s stiff, beefy riser will minimize torque and make for consistent accuracy on the range and in the field. Finally, it’s one of the best-looking bows we saw in Louisville. In short, what else do you want? $1,099; mathewsinc.com

When someone hands you a bow with an IBO rating of 360 fps, you brace for a demanding draw cycle and you expect some jump and twang at the shot. But when you draw the new Def-Con 6, you say “No way!” And when you shoot it, you say “No F-ing way!” It seems impossible that such a fast bow can have so pleasant a draw cycle, such a generous valley, and so little shock or vibration. The bow is very impressive, and could have easily taken Best in Show if the Mathews hadn’t wowed us on so many fronts. $959; obsesseionbows.com

There were a number of real smooth shooters at the show, including Xpedition’s new single-cam Xception and Elite’s exiting new, 340-IBO Impulse 34. But we’re giving this one to the Hoyt Defiant 34. That long draw combined with the new DFX cam, a modest 325 fps ATA rating, and the option of a limb stop (a real departure for Hoyt) add up to a super-pleasant shooting experience. The Defiant 34 comes in a carbon-riser version (3.8 lb.; $1,449) and an aluminum-riser version (4.3 lb.; $1,049). Hoyt.com. 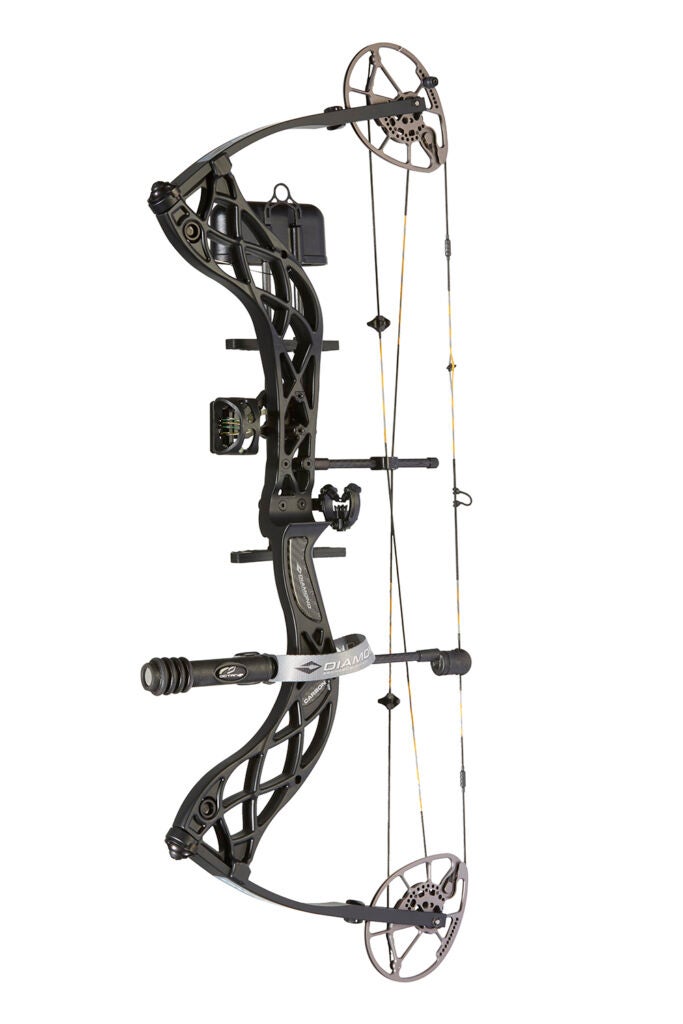 The Deploy is the first Diamond bow to feature the binary cam system previously offered only with the Bowtech brand. The big upside to binary cams is that they are slaved to one another and therefore always rotate in near-perfect synchronization, even if there is some string or cable stretch over time. The Deploy shoots 330 IBO and weighs just 3.2 pounds. Basically, it’s a smidge-slower version of the popular BowTech Carbon Knight for about $250 less. It’s a killer deal at $599 for the bare bow and $699 with the R.A.K. (Ready. Aim. Kill.) accessory package. —DH