Join the Cause: Wild Game Wednesdays!

I don’t think I’m alone in my love-hate relationship with cookbook author/food pundit Mark Bittman. He’s taken his former (and... 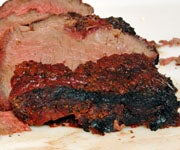 I don’t think I’m alone in my love-hate relationship with cookbook author/food pundit Mark Bittman. He’s taken his former (and formidable) influence as a cooking columnist at The New York Times from a place that taught us how to cook and turned it into a pulpit, or more accurately, a soapbox from which to tell us how to eat. He recently trumpeted the drop in overall meat consumption by American families, which has declined more than 12 percent in the past five years, in an op-ed piece last week.

While the livestock industry blames the federal government for dropping demand, Bittman heralds the consumer as the entity ultimately responsible. He cites the rise in popularity of the Meatless Monday campaign (shudder) and flexitarianism–a term used to describe commitment-phobic vegetarians that just can’t quit their bacon (and other meat) fix.

Personally, I believe the drop in demand for domestic meat is probably due to a combination of both factors. Yes, federal policies regulating (or subsidizing) everything from ethanol production to corporate agriculture affect production costs, which get transferred to the prices at the meat counter. And though it pains me to admit, Bittman is correct in his assessment that American consumers aren’t mindless sheep, or as he puts it, “passive actors who are victims of diminishing supplies, rising costs and government bias against the meat industry.” Maybe there is something else at work here.

The key is to define what kind of meat we’re eating less of, specifically domestic beef, pork, and poultry–that get tracked by the U.S. Department of Agriculture. Could a few of those dropping percentage points be subscribed to the fact Americans are eating more wild game and fish? Maybe this is just wishful thinking on my part, but hunting license sales have seen a recent uptick, and interest in hunting has increased across the country, even among urban hipsters.

So, I’m suggesting we start a campaign of our own. Instead of adopting a weekly menu that includes Meatless Monday, let’s make a commitment to eat game meat at least once a week. How about Wild Game Wednesdays? And I know I’m preaching to the choir here as many of us eat game almost exclusively, or at the very least, frequently. So we need to be as evangelical as we can, encouraging others, even non-hunters, to join us in our fight to put wild game on the plates of every American family. And if that means gifting game meat to friends and family, or inviting the neighbors over for a Wednesday night dinner, than that’s what we will do.