It’s no secret that Hank Shaw has had an impact on the way we cook wild game today. As evidence,... 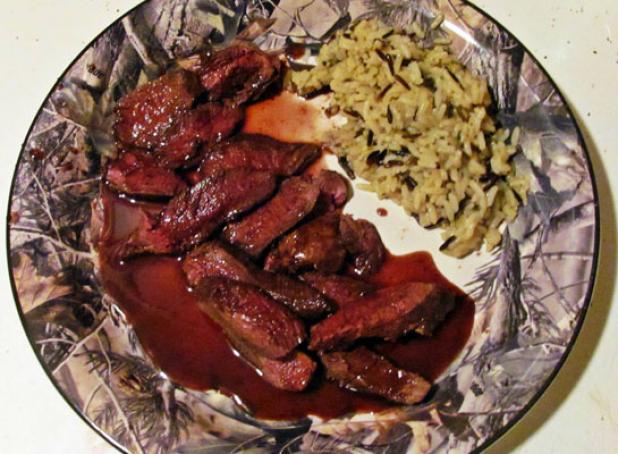 It’s no secret that Hank Shaw has had an impact on the way we cook wild game today. As evidence, both readers this week found their respective recipe on Shaw’s blog, Hunter Angler Gardener Cook, so I thought it would be a good fight to see which one gets the nod.

I stumbled across the recipe for Cumberland sauce, and it is life-changing. Initially, I cooked a couple meals of whitetail backstrap along with the sauce–then I tried it on goose. Canada goose is my favorite, but the stuff is so good that I would put it on anything. Heck, even the leftovers sopped up by rice and boiled potatoes is good. I’ve used the red currant jelly quite a bit, but I’ve also used sand plum jelly in a pinch. It is local to me and is just as good.

My son just got a button buck over the weekend, and I did not want to have to try and fool around with such small front shoulders. This recipe seemed to fit the bill rather nicely as I could fit both front shoulders in a crockpot. We got home from our scouting event, and the barbacoa was finished. My son commented on how good the house smelled. I shredded the meat and set it aside in the fridge to have the next day. I opted for no cilantro, because I forgot to get it from the store. In the future I will incorporate it in to the dish as a garnish.

We could use your fish or wild game photos. Send them, along with a short description, to fswildchef@gmail.com.