How to Make Fleischkuekle (a.k.a. Meat Pie!)

I’m not exactly sure why, but I’m pretty much obsessed with meat pies of all types. Maybe it’s the influence... 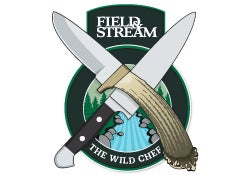 I’m not exactly sure why, but I’m pretty much obsessed with meat pies of all types. Maybe it’s the influence of all those cabbage burgers I ate as a kid, or the omnipresent Runza restaurants in Lincoln, Neb., where I went to college. Whatever the reason, whenever I stumble upon another iteration of the ground-meat-in-dough phenomenon, I get excited to try it. My current obsession is fleischkuekle, a type of meat pie in a flaky, pastry-type dough that is fried rather than baked. It has its roots in the Germans from Russia who helped populate the Great Plains in the late 19th century. Coincidentally, I lived near the Germans from Russia Museum in Lincoln, yet somehow never had a fried meat pie until recently.

In researching the fleischkuekle phenomenon, I found a good recipe from the North Dakota State University Extension Service. Apparently they are incredibly popular in North Dakota, where they can be found in many diners. Of course, I’ve adapted the recipe to include ground venison in place of beef burger. My research also discovered that nearly every recipe includes a warning. Make sure you tear a small hole in the corner of the pie after frying to drain the hot oil, lest you end up with a scalded tongue.

Now, if I can just figure out how to pronounce it.

2. Add the egg, buttermilk, and sour cream, and blend together using your hands, kneading until a smooth dough is formed.

3. Let the dough sit for one hour, then roll flat and cut into 4-inch squares.

4. Mix filling ingredients together, much as you would if you were making meatballs.

5. Place a little more than a teaspoon of filling onto one side of each square.

6. Moisten the edge of the dough with a little water and fold the other half of the square over the filling. Pinch to seal.

7. Deep fry in 350-degree oil for about two minutes per side.