Much in the same way minute steaks were an instrumental part of my family’s dinners, so too did hamburger steaks... 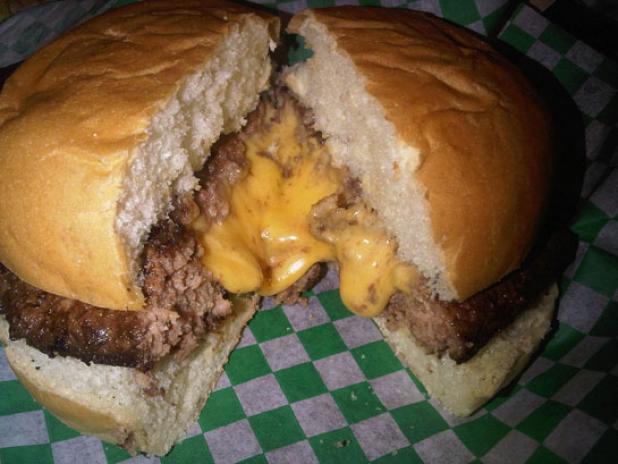 Much in the same way minute steaks were an instrumental part of my family’s dinners, so too did hamburger steaks make a regular appearance on the plates of my childhood. Of course, they were almost exclusively served a la Salisbury style, smothered in onions, mushrooms and thick brown gravy. I’m not ashamed to admit my busy mom sometimes served us Salisbury steak Hungry Man TV dinners, which we quickly learned not to complain about.

Like the minute steak, hamburger steaks somehow slipped out of my culinary ken until I stopped by my sister’s place a while back, and she and her husband were eating hamburger steaks simmered in chili beans and topped with salsa. While not the most visually appealing dish, the bite I tried was pretty darn tasty and made me realize I had been missing out on another smart and versatile way to use ground venison (or ground turkey, for that matter). So now I’ve got it into my head to put hamburger steaks into my mealtime rotation, but instead of the go-to Salisbury version, I’m going to mix things up. With that in mind, here are five tips I’ve found for making better venison burger steaks.

Patty Process: When making your patties, don’t work the meat too much or they’ll fall apart during the cooking process. Make a deep indentation in the middle of your patty with your thumb. This will keep the patty from puffing up into a ball as it cooks.

Steak Meets East: The Japanese enjoy a version called hamburg or hambaagu, with a sauce made from a reduction of red wine, ketchup, and a Japanese bbq sauce called Tonkatsu.

Better With Bacon: Form your patties about an inch thick and wrap with a slice of bacon secured with a toothpick, much like you would a tenderloin steak. Sear each side over a medium-hot fire on the grill, then cook over indirect heat until the internal temperature reaches 155 degrees.

Cheese Wiz: Stuff with American cheese for a bun-less version of the Minneapolis classic Juicy Lucy (shown above).