Would You Eat Fake Meat? 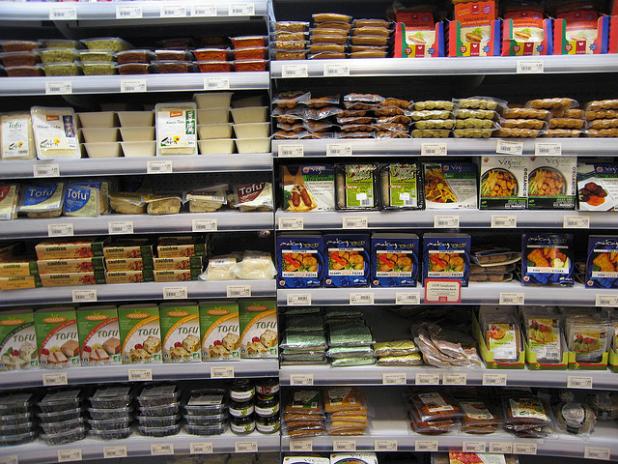 According to The New York Times, manufacturers are investing time and money into developing new vegetarian alternatives to meat and other animal-based food products as a growing number of consumers are demanding them due to “concerns over the impact of industrial-scale animal husbandry on the environment.”

The story continues:
_Andrew Loucks, president of the United States frozen foods business at the Kellogg Company, said in an email that the company, which owns the MorningStar Farms brand of vegetarian products, was seeing growing consumer demand for less fat, cholesterol and calories, which often translates into a desire to eat less meat.

MorningStar offers a variety of products, including veggie dogs, a line of ground meat substitute called Crumbles and burgers made from things like black beans and chickpeas.

“Much of the new growth in the segment is coming from younger consumers who seek foods that fit an overall lifestyle, be it for health reasons or personal ethics,” Mr. Loucks wrote. “They are not just seeking foods that mimic meat. Instead they specifically want vegetarian foods with distinctive flavors and visible, recognizable ingredients.”

For whatever reason, the desire to replace meat proteins with proteins derived from plants is spreading, although the market is still minuscule. Mintel, a market research firm, reports that sales of meat alternatives grew 8 percent from 2010 to 2012, when sales hit $553 million._

I’m all for more choices in the grocery store, including meat alternatives for those who want them, but I won’t be eating soy-based “chick’n” or “imitation-beef Crumbles” anytime soon. How about you?