Morels: Keep it Simple, or Get Fancy?

Yesterday, a friend and I were having a discussion on what to do with morels. It’s worth noting the morels... 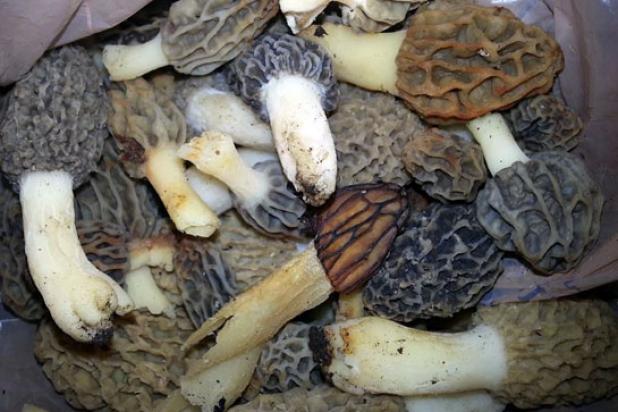 Yesterday, a friend and I were having a discussion on what to do with morels. It’s worth noting the morels in question are, as of now, purely hypothetical. Despite a few days in the woods hunting turkeys, I’ve yet to find any of the spring mushrooms, although from the sound of it, plenty of other people—my friend included—have had better luck. However, I may have talked myself into a bunch from someone taking sympathy for my lack of mycological discoveries.

What would I do with those morels should I happen to come into possession of them? My friend’s argument was to keep it simple: a little dusting of flour followed by a hot butter bath. I have a hard time arguing with that idea, but, partly because my luck on turkeys has been better than that on mushrooms, I was thinking of getting fancy—or as fancy as I get anyway. I love chicken marsala and have worked up an adaptation of that with turkey steaks pounded thin, browned, and drowned in a marsala and morel cream sauce. Just the thought of it has me drooling.

So, what do you say, dear Wild Chef readers? What’s the best way to celebrate spring using some freshly found morels?