Just like there are certain foods that seem to work well with the season — think stews in the winter... 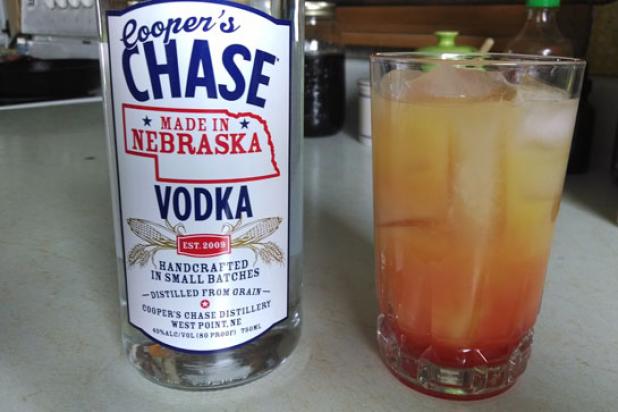 Just like there are certain foods that seem to work well with the season — think stews in the winter and salads in summer — certain drinks just seem to taste better depending on the time of year. A wise man — famed turkey hunting writer Jim Spencer — once told me to drink brown liquor in the winter and clear liquor in the summer, and I generally hold to that principle, enjoying whiskey roughly from September to May.

This time of year is when I usually transition to the classic gin and tonic, with a little dash of bitters added for spice. In fact, just a couple weeks ago I received a text from deputy editor Colin Kearns stating he had just had his first gin and tonic of the year. Not coincidentally, I had done the same. Great minds think alike, and all that.

Typically, gin is about the only clear liquor I enjoy. I’m not the biggest vodka fan, saving it solely for a single Bloody Mary on the morning after, but yesterday I mixed up a little something new. There was orange juice in the fridge, some Rose’s grenadine on the bar, and a bottle of Cooper’s Chase vodka, which I purchase just because it’s made in Nebraska. (Don’t let the Husker heritage fool you. It’s very, very good vodka, say those who like the stuff.) The resulting Vodka Sunrise was so good that I had several over the course of the day. Now, those Vodka Sunrises aren’t a go-to replacement for a classic G&T, but it’s good to know I can turn to them when I need a shot of vitamin C.

Directions:
Pour the vodka over ice in an 8-ounce glass. Top with orange juice and a teaspoon of grenadine. Stir and enjoy.