How Expensive is Fish and Wild Game?

Not like anyone who’s been grocery shopping lately needs the confirmation, but the cost of food is skyrocketing. According a... 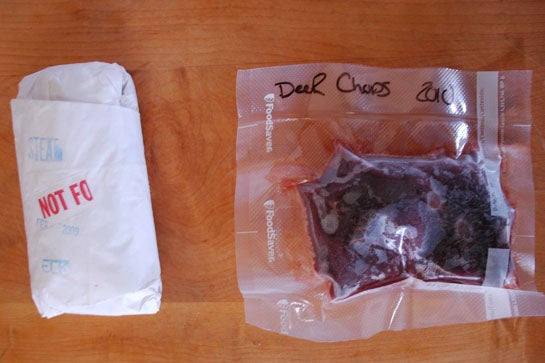 Not like anyone who’s been grocery shopping lately needs the confirmation, but the cost of food is skyrocketing. According a recent article from CNSNEWS, the U.S. Bureau of Labor Statistics is reporting staples like meat and poultry have reached record highs, with food-index posting its largest advance since August 2011.

So what does this mean for sportsmen? I say it justifies hunting and fishing even more often. I know we’ve discussed the “real” cost of wild-caught fish and hunted game meat here before, but for me, hunting and fishing are hobbies with the added bonus of providing probably 90 percent of the meat I cook at home. So, in my addled brain, the associated costs would fall under the entertainment line item off the budget (if I actually had one), rather than the groceries budget. I know that might be a hard argument to justify in court, but it is how I rationalize hunting and fishing.

How does hunting and fishing affect your grocery bill?