Seven great items for the archery fanatic on your list 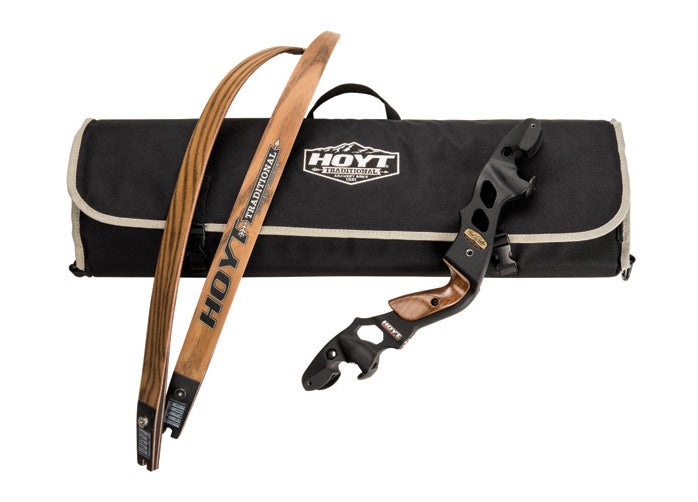 I know you. Right in the middle of gun season, you were on the orange army front line with nothing but a bow in your hand. We put this Christmas list together for the archery obsessed.

At minimum, I personally tested every item on this list in 2017. I hunted with most of it, and I’ll vouch for all of it. There’s something here for every budget, from stocking-stuffers to I-can’t-believe-I-spent-that-much gifts, so you can pick up something real nice for every bowhunter on your list.

May your blood trails be short and heavy in 2018.

This bow took third place in our ultra-competitive flagship shootout last spring, and it ran away with best value honors. Personally, it was my pick of the 2017 litter for a whitetail-hunting rig. In a departure from the typical, demanding PSE draw cycle, the Evolve has a high let-off (up to 90 percent) and a valley that seems to never end. You could hold this bow back for a long time if needed while a deer was under your stand. The 31-inch model we tested was plenty fast: 292 fps on average, set at 60 pounds / 28 inches with a 364-grain arrow.

There’s nothing flashy about this traditional compound crossbow. It took seventh in our flagship shootout, and clocked ho-hum speeds of 352 fps with light bolts. Yet, it became a go-to hunting tool at the Brantley household. My wife used it to kill a couple spring gobblers and fill a few doe tags. She loved it because the 13-inch powerstroke and 150-pound draw weight made it easy for her to cock with a standard rope, no ratchets, pulleys, or gadgets required. It was one of the quietest crossbows we tested, and it averaged 1.13-inch groups. Every critter we shot with it—and there were several—died within sight. I reckon it was fast enough.

I’ve been using micro-diameter arrows from Victory Archery Products out of my vertical bow for a few seasons now. They fly well and penetrate like needles. These new crossbow bolts are carbon fiber, and also micro-diameter. They use a “Rail Ryder” that contacts the bow’s barrel and provides proper clearance for the nock—while also allowing for helical fletching. These bolts are heavy, with the inserts alone weighing 92 to 110 grains, and are available in 20-, 22-, and 24-inch lengths. We shot them out of the Stryker Katana (referenced above) all last season, and even out of a slow setup, they’ll blow right through the shoulders of a whitetail. If I’m crossbow hunting next year and have the choice, I’ll use these.

The Fred Eichler Signature Series Satori is a thoroughly modern takedown recurve design that’s pretty enough to suit just about any traditional bowhunter. The risers are available in three lengths, and have a modular shelf plate that allows you to fine-tune your center-shot for shooting off the shelf (the plate can also be removed to accommodate a flipper-style rest). A variety of limb lengths and weights (35 to 65 pounds) are available, as is a custom carrying case and two-piece quiver.

This lumbar-style pack was my go-to for treestand hunting all deer season long. It has 650 cubic inches of space, which was enough to hold everything I need up a tree in a day’s time, and with enough pockets of various sizes to keep it all organized. It has adjustable shoulder and compression straps, and it’s strong enough to haul an elk quarter in a pinch. I can’t think of a much better daypack for the price.

I simply can’t say enough good about these broadheads. I’ve shot or seen shot more than 30 animals with them, and no other broadhead I’ve tried consistently cuts bigger holes, leaves better blood trails, and is as reliable from all shot angles. They’re scary accurate and sharp out of the package, too. I’ve shot them through a variety of vertical and crossbows at a wide range of arrow speeds without flight issues. Go with the cut-on-contact version (I’ve had problems getting the fixed blades tight with the chisel-tip versions), and set the swing-out mechanical blades just tight enough so that they securely lock into place. I like the 125-grainers myself.

This book, written by my pals Dave Hurteau and Scott Bestul, covers the gamut of archery hunting topics, from traditional bow shooting to setting up and tuning your compound to sighting in your crossbow crossbow. It’s also full of hunting tips for just about every species in North America, from carp to mule deer to mountain goats. It’s a great read, and an even better reference for beginning and seasoned bowhunters alike.