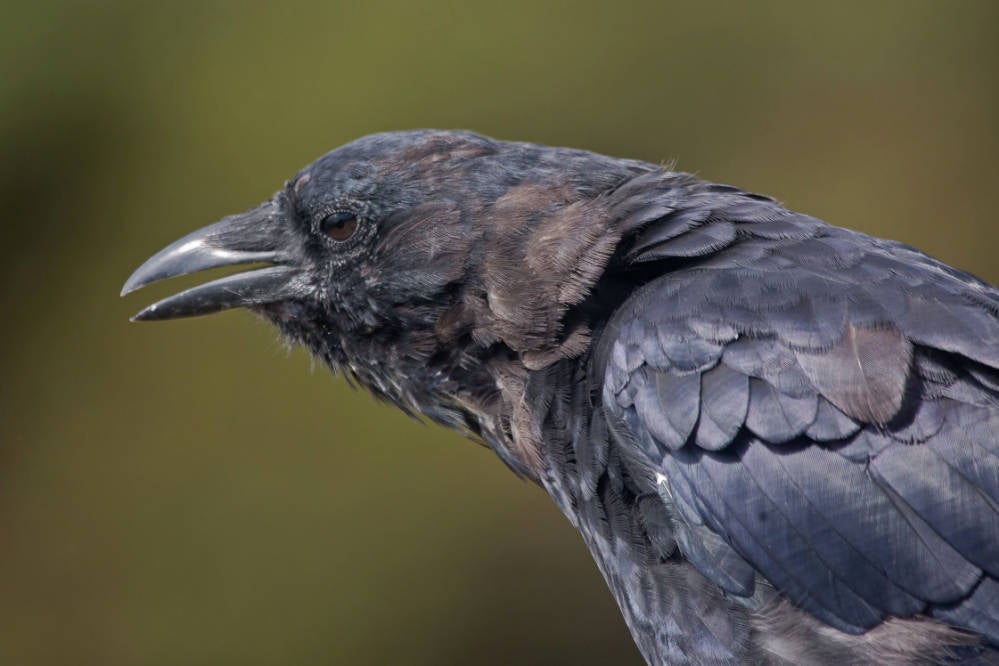 The swallows may no longer return in graceful splendor to California’s San Juan Capistrano, but an eastern migration of a slightly larger bird seems to have taken on a permanent feel, much to the chagrin of many Rochester, New York, residents and businesses. In scenes reminiscent of the Alfred Hitchcock horror classic The Birds, a massive “murder” of crows—murder being the ominous description of a flock—has again descended on Rochester, a situation that has repeated itself for more than a decade.

Tens of thousands of the large, black, intelligent birds have been roosting around the city for a couple weeks. The birds are seen as a nuisance, and the city is again working with USDA Wildlife Services to harass them with elaborate displays of sound and light, trying to shoo them away—or at least spread them out so the mess they leave isn’t so concentrated. Rochester straddles the Genesee River between the Erie Canal and Lake Ontario, just above the Finger Lakes region.

The birds typically arrive as winter approaches. Most are migrants from Canada, staging across New York toward winter roosting areas in southwestern Pennsylvania. Some, though, seem to like city living and try to inhabit several upstate New York communities, such as Rochester, Amsterdam, Watertown, and others.

In a 2019 report in NYup.com, Amsterdam city engineer Richard Miller, said crows used to roost in great numbers along the city hall parking lot. The birds’ feces falling from above “sounded like rain,” he said. “It was pretty gross.” In the same report, ornithologist Kevin McGowan, from Cornell’s Lab of Ornothology, said city lights and the warmth they provide, plus the availability of food, attracts the crows.

New York Department of Environmental Conservation officials tell F&S that another attribute that makes Rochester and other cities desirable for roosting crows is that the urban areas feature forested patches within a reasonable flight distance of ample food sources, such as waste grains in the surrounding countryside.

When it comes to Rochester, there is also a safety element for the birds. Extensive wooded river corridor along the steep slopes adjacent to the Genesee River make good roosting areas. Urban light pollution keeps the night brighter and allows the crows to better avoid nighttime predators like great horned owls.

The conflicts occur, primarily, when the crows decide to roost in the large trees lining neighborhood streets rather than the riverbanks. McGowan said reports of massive crow roosts in upstate New York date back more than century. The gathering is a rendezvous of sorts, with the local crows sometimes joining in the migratory birds’ roosts.

The USDA biologists and technicians employ a grab bag of harassment options, including pyrotechnics (basically targeted fireworks), spotlights, lasers, and amplified recordings of crow-distress calls. These harassment methods don’t harm the birds and are repeated as needed, often biweekly, until the problem is resolved. The city typically asks for citizen reports of major congregations of crows to better target harassment efforts. A 2016 report notes the annual operation costs Rochester about $7,000, while other accounts peg the number as high as $21,000. Requests by F&S to the City of Rochester about the extent of this year’s situation were unanswered.

Coincidentally, another Rochester—that is, Rochester, Minnesota—also deals with massive flocks of crows (20,000 to 30,000 birds) that arrive with the early snows. They feed in the surrounding countryside all day and then roost by the thousands in the city. There, a “crow patrol” of city employees uses lasers, electronic distress calls, and starter pistols with blanks to harass birds.

The Minnesotans reportedly have been willing to experiment with lethal means to deter the black-feathered foes, such as using raptors to nab a few birds here and there. In previous years, organized crow hunts were staged annually during Minnesota’s March crow season, with hunters targeting birds on the outskirts of town.

Crows are protected as a migratory species, meaning any city that wants to use lethal control methods beyond the open hunting seasons needs federal depredation permits from the U.S. Fish and Wildlife Service. Even legal hunting is said to be a challenge, beyond being problematic in a city environment, because the birds usually don’t arrive until sunset, after legal shooting hours.