LA Offers Hunters a Shot at $1,000 for Submitting Deer Heads for CWD Testing 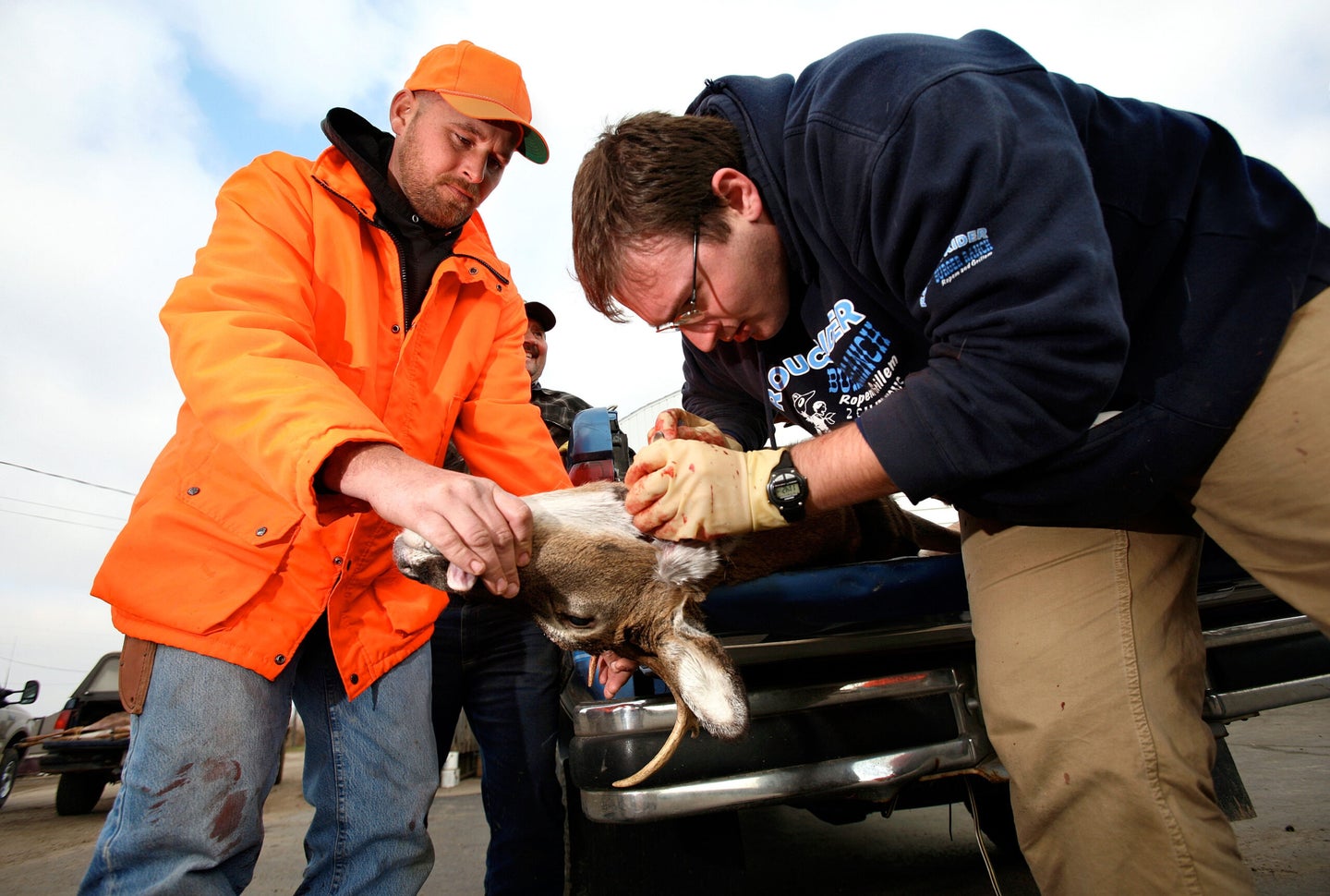 Surveillance plays a key role in limiting the spread of CWD. Mark Hirsch/WireImage via Getty
SHARE

Louisiana deer hunters can submit a sample of their 2021-22 buck harvest to earn a chance at $1,000 while helping wildlife officials monitor the spread of Chronic Wasting Disease (CWD) in the state. The novel program was announced on September 17 by the Louisiana Department of Wildlife and Fisheries (LDWF). To be entered into a drawing for a $1,000 gift card, hunters will need to submit the head of a mature buck legally taken during the current whitetail season, which runs through February 15 in some parts of the state.

Guidelines on the LDWF website state that the deer’s head should be removed five inches below the ear, and that the head may be caped with the skull cap and antlers removed. Hunters are asked to contact their local LDWF Field Office to submit a sample. Taxidermists can also submit samples to qualify for a chance at a $500 gift card, but they must receive permission from the hunter who harvested the deer. Complete guidelines for both drawings, which will be held on March 18, 2022, are available online.

CWD, a neurological disorder that is fatal to deer, elk, reindeer, sika deer, and moose, has been found in 26 U.S. states. So far, Louisiana is not among them. However, Texas, Arkansas, and Mississippi—the three states that border Louisiana—have all detected the disease in their deer herds, which makes continued testing “vitally important,” according to an LDWF press release.

Infection is spread by contact with infected saliva, blood, urine, feces, food, water, and soil. CWD can occur in deer of any sex or age but typically affects mature bucks at higher rates. Symptoms can take 16 months or more to show up after a deer is infected and include weight loss, excessive salivation, teeth grinding, head tremors, difficulty swallowing, excessive urination and thirst, incoordination, splayed leg stance, lowered head and ears, fixed stare, fainting, and a lack of awareness.

Louisiana has previously made CWD testing available to hunters at a small cost, but under the current program, tests will be free until a region meets its testing quota, state veterinarian James LaCour told the Associated Press. The prize drawings are funded by the South Louisiana Branch of the National Deer Association, which is assisting the efforts of LDWF to increase surveillance for CWD.