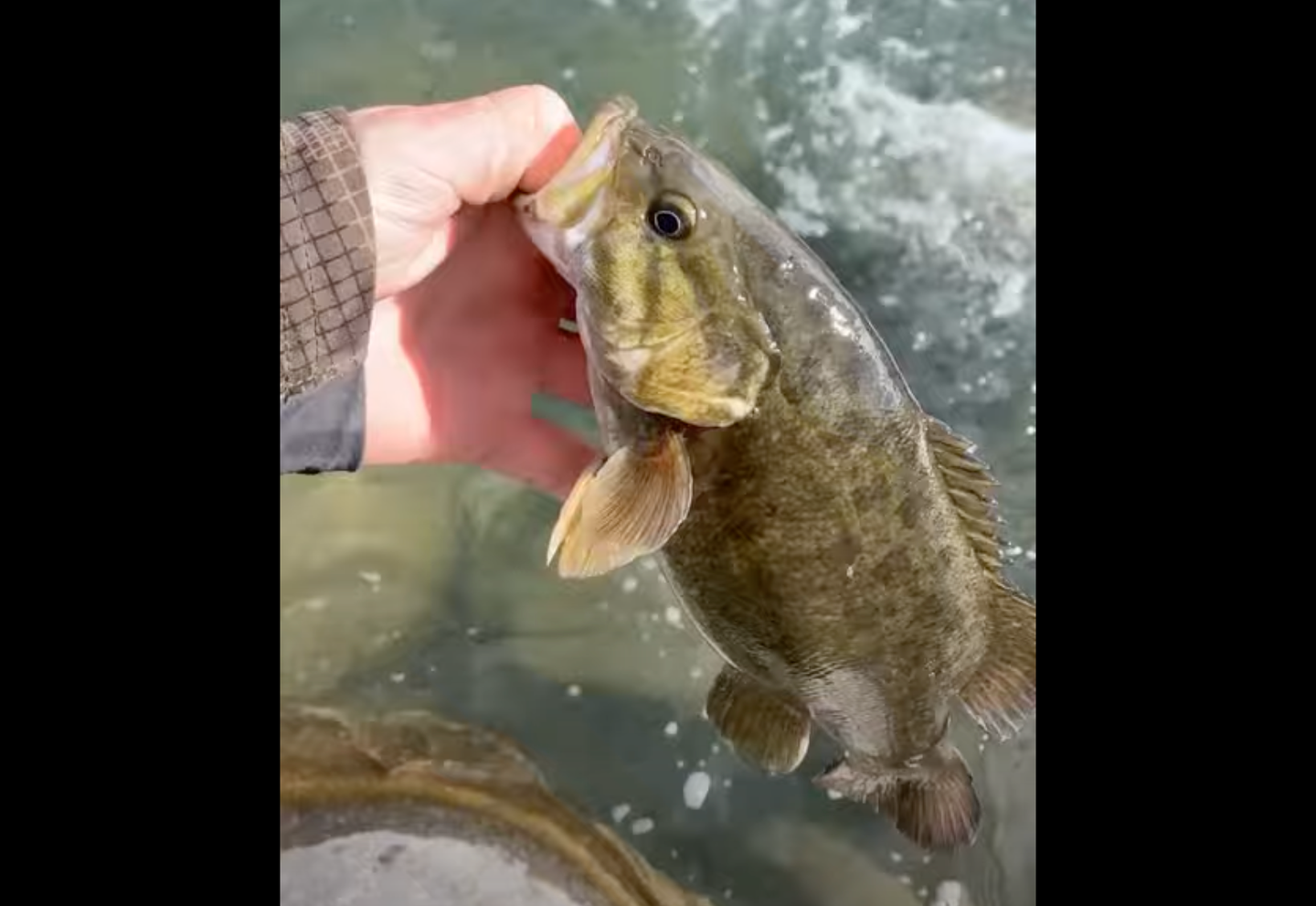 Update: On March 9, 2022, Yellowstone National Park released an official statement about this incident. The agency announced plans to sample the Yellowstone and Gardner rivers upstream from where the smallmouth bass was caught to “gauge the possible extent of the invasion.” The NPS will require anglers to kill and report any invasive bass caught within the park when the fishing season opens on Memorial Day Weekend.

On February 19, 2022, a fly fisherman caught a smallmouth bass at the confluence of the Gardner and Yellowstone Rivers—less than half of a mile from Yellowstone National Park‘s North Entrance. The approximately 10-inch smallie was caught by a student from Montana State University. The fish struck a 9-inch streamer. The video of the catch was posted on YouTube on March 4. See it for yourself below.

The catch is historic—and not in a good way. It is by far the closest the non-native species has ever been documented to the national park. In an email to federal and state fisheries biologists acquired by WyoFile, Yellowstone’s supervisory fisheries biologist Todd Koel said that smallmouth bass entering Yellowstone’s famed cutthroat waters was a potential “nightmare.”

“I spoke to the angler who provided a video of his catch that leaves no doubt where he was,” wrote Koel. “There is a good chance that smallmouth in the Yellowstone River will eventually be able to pass over Knowles Falls in the Black Canyon. If that happens we will one day see them at Tower, the Buffalo Ranch, and the Slough Creek campground. This will be the only nonnative fish species in the park capable of preying upon semi-aquatic animals such as snakes or fledgling waterbirds.”

Smallmouth bass, which are native to waterways in the Midwest and East Coast, were stocked in Montana beginning in 1914 but never near Yellowstone National Park, which is historically a cold-water fishery. The fish that was recently caught was likely a result of smallmouth bass populations slowly spreading from the Tongue River. In recent years, scientists had worried that smallmouth populations have been creeping closer and closer to the park because of rising temperatures. The February 19 catch justifies those fears—and signals that an invasion of smallmouth bass, which are voracious predators and can outcompete trout, may be inevitable.

Yellowstone National Park is no stranger to the impacts of invasive fish. The park, along with conservation partners such as Trout Unlimited, has battled non-native lake trout in Yellowstone Lake for years with mixed success. It’s currently unclear what steps fishery managers may take to keep yet another invasive species from invading the world-renowned park

The unidentified angler that caught the smallmouth bass wasn’t aware that smallies had never been caught so close to the park and did release the fish—though he later regretted it. Anglers are encouraged to creel and report any smallmouth bass they may catch while fishing in the Upper Yellowstone River drainage.