The 10 Most Delicious Gamebirds and How to Cook Them

From waterfowl to upland game, we rank the tastiest birds available to hunters 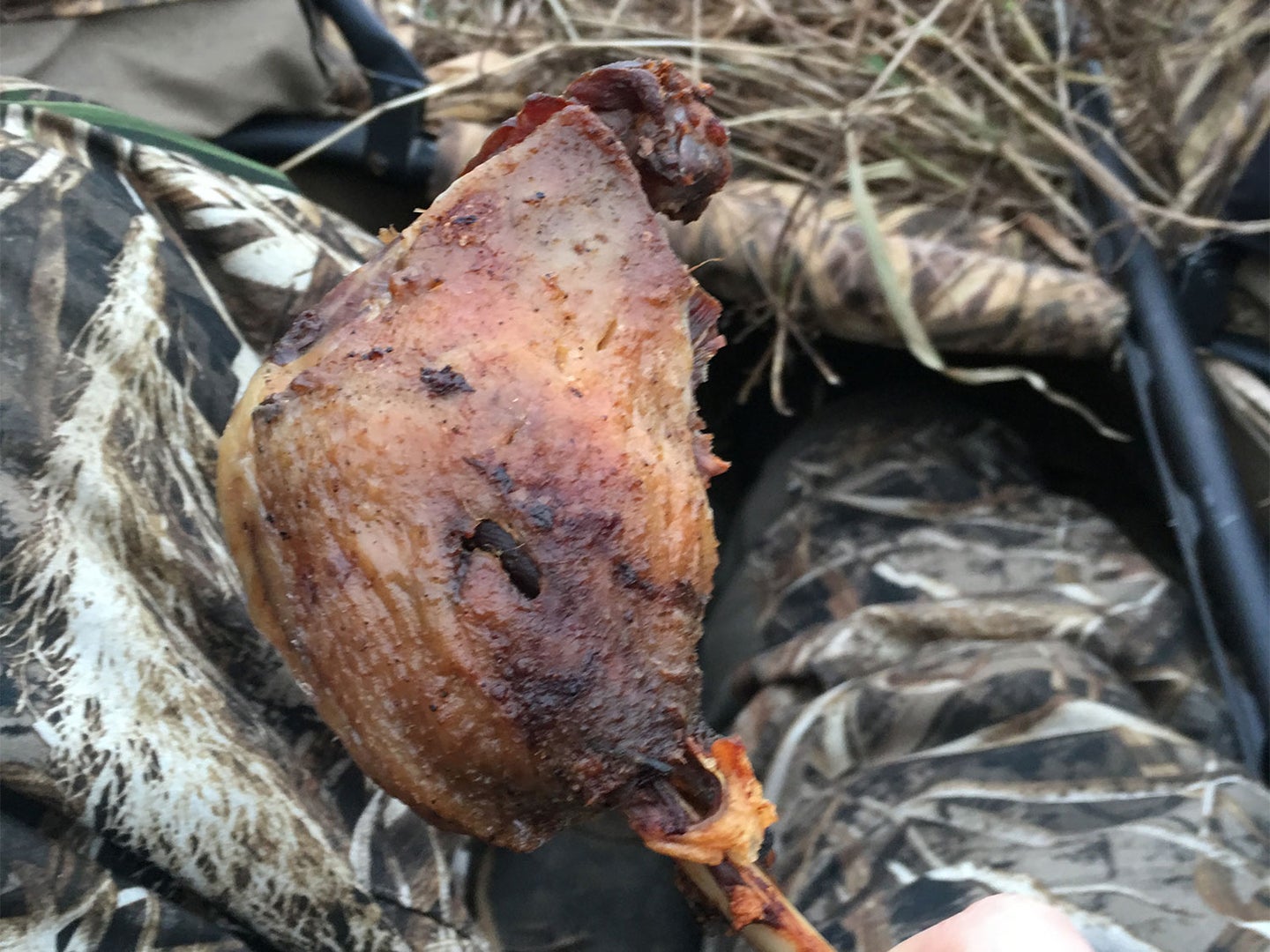 While I haven’t shot every bird in North America, I’ve killed a bunch and eaten a few more, including some I wish I hadn’t (crow and ruddy duck come to mind). Here are my favorites in a highly subjective list that I reserve the right to change. Your own list may vary, both due to personal preference and because flavor varies according to local diet. For instance, there is a difference in taste between the average, toothsome creek-dwelling wood duck and the shad-eating reservoir wood duck I tried to eat many years ago. That’s an extreme example (I have never had another bad wood duck, and cornfield woodies are among the best), but waterfowl especially seem to vary according geography and diet. Upland birds seem to vary less, although there is a big difference between a preserve bird that smells like chicken feed and the real, wild thing.

Teal are among the best eating ducks of all. If only they weren’t so tiny they would rank higher. Cinnamon teal, I’m told, are not so good to eat.

Recipe Idea for Teal: Teal in a Jar

I want to rate pheasants higher than ninth, because they are the birds I hunt the most, and I like eating them very much, but they can be a bit chewier and coarser than other upland birds. However, I have plucked and roasted hundreds of them, and hope to pluck and roast a whole bunch more. Occasionally, if a bird takes too many pellets, I’ll fry the breast or make soup, and that’s awfully good, too.

Each mourning dove carries with it two delicious bites of steak-like breast meat. Whether you believe the necessity of shooting lots of doves to make a meal is a glitch or a feature of these birds is up to you. I no longer make poppers, which taste more like bacon to me than anything else, and detracts from the taste of pure dove goodness, and besides, I fill up on poppers too soon when what I want to do is keep eating dove.

I like dove breasts seared quickly in a skillet, or skewered with onion, pepper, mushrooms, and little tomatoes and grilled briefly.

Having shot all four sub-species, I’d have to say they were uniformly excellent. Turkey is a great “gateway” bird to serve to people who don’t think they like wild game because it tastes just like a domestic turkey, but richer and better. I like the breasts pounded, floured and fried, and the legs and thighs slow cooked. A fall poult or hen is worth the trouble of picking and roasting.

Once wood ducks start hitting the acorns or the cornfields, they are pretty hard to beat on the table.

The one pintail I brought back from a hunt near Sacramento a few years ago was the most delicious and decadently-fat duck I’ve ever eaten. If you want a duck for picking and roasting, the best are rice fed mallards from Arkansas or a pintails from California. If I lived closer to prime wintering ducks, I would rank mallards and pintails number one on this list.

Someone once asked me if my wife was outdoorsy, and I said no, she’s indoorsy, which made it all the more surprising when she took one bite of a sharptail I brought home and said, “I’d hunt for these.” Sharptails are that good and unlike most upland birds, they have red meat in the breast, and white meat in the legs. Cook them rare like a duck to avoid the dreaded liver taste, and they’re great. The last sharptail I shot was in South Dakota, in a sunflower field covering hundreds of acres where the birds perched in the heads of standing flowers to eat the seeds. We hunted on as cold and blustery a day as I have ever bird hunted. We walked all day in the cold, and I killed just one sharptail. It was totally worth it.

Everything true about grouse is true of bobwhites—except quail are smaller and easier to come by where I live. I’d also rather hunt quail than almost anything. I’ve hunted Mearns quail and eaten scaled quail, too, and they are also very good. Quail are a perfect size to split up the back and throw under the broiler, which is one of my favorite ways to cook a bird.

Tender, almost sweet, ruffed grouse meat is as good as white meat gets.

Not just any Canada goose. It needs to be a corn-fattened, late season giant Canada of the type we very conveniently have in reasonable abundance not far from the house. I pick the breasts—I have a weakness for skin and fat—cook them rare and slice them thin and they are, if not indistinguishable from prime roast beef, every bit as good and better for the planet. The legs and thighs I confit or slow-cook in stews and ragout.

Not only do Canadas taste good, they’re huge. At 10 to 12 pounds, a giant Canada yields a lot of meat. My goal is to shoot a deer’s worth of goose every year, and that’s usually achievable. People rave about specklebellies and sandhill cranes, and they’re good, but the honkers I shoot around home in December and January are every bit as tasty, and they’re bigger.

An acquired taste for sure, woodcock are strongly flavored and can easily turn liver-y with careless cooking. Cook one right, and it’s a treat not unlike a rare duck. It’s worth saving the legs, too, and frying them up in garlic and olive oil. It’s traditional in France to cook the much larger European woodcock whole without removing the head or entrails. I have not tried woodcock heads but I have experimented with leaving the trail intact. It was okay, kind of salty, neither disgusting nor a revelation.