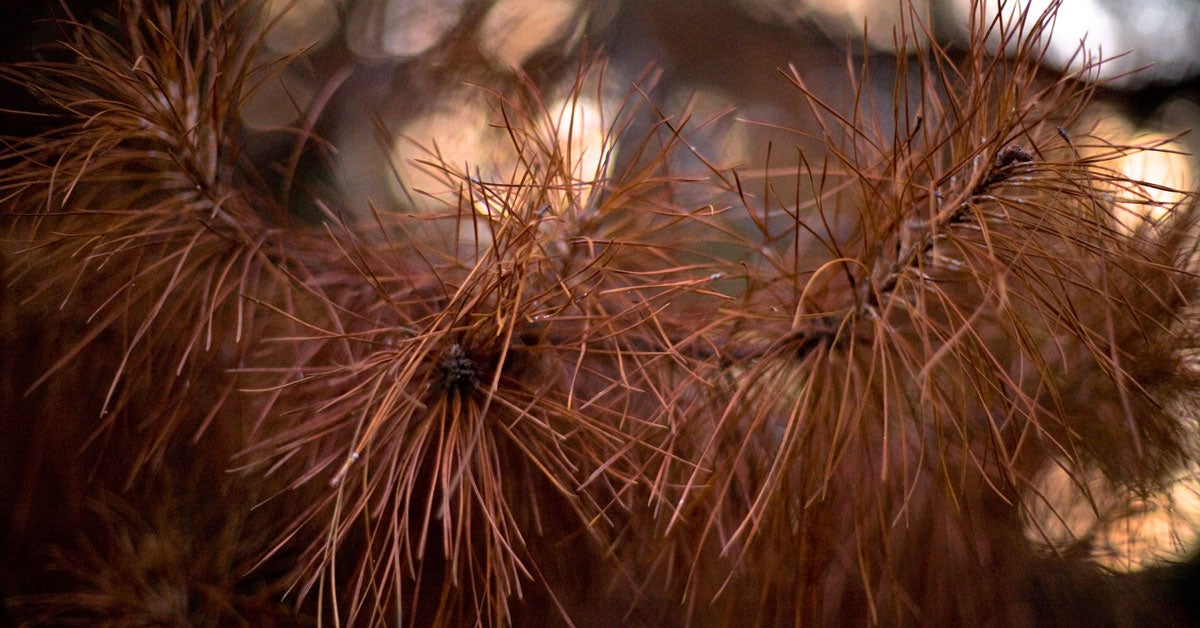 When you’re cold and lost in the wilderness, being able to make fire may determine if you live or die. Do you have matches? A cigarette lighter? A steel for showering sparks? Good. Now all you need is lee from the wind and tinder.

Technically speaking, tinder is defined as material that will glow from a spark; if the material requires a match to catch flame it’s fine kindling. But with your blood congealing you’re not going to be overly concerned about definitions.

The first 10 seconds are the most critical for starting a fire, so make sure you know how to find the best natural tinders no matter where you hunt or fish, in case you’re not already carrying a store-bought or homemade alternative.

How to Find (and Ignite) Six Natural Fire Starters

Look around. Chances are very good that one of the following natural tinders is within sight to save your life.

Found under the bark of living birch trees, this is the only natural tinder that will readily glow from a shower of sparks. The bark that conceals it has a charred, shelflike appearance. Look for bulbous blotches of blackish wood on live birch trees.

The inside of the fungus is reddish-brown and easily catches a spark. Underneath, the fungus is light brown and corky in texture. It will crumble into a powder. The false tinder fungus found on dead birch will not crumble.

How to Ignite Tinder Fungus

Crumble the tinder fungus into a cup fashioned from a curved piece of bark. Shower sparks directly onto it, using a flint and steel. When all you have is a knife (only carbon blades work; stainless is too hard), you may be able to get a spark by striking its back with a sharp stone chip, such as chert or flint. Transfer the glowing tinder to a bundle of fine grasses, cattail fluff, or other very fine kindling.

Shavings or scrapings of inner birch bark will catch fire even when wet, but the bark of cedar, poplar, cottonwood, and many other trees also flames readily. Finely shaved wood from the outer rings of standing dead trees can be a close second. The oils in the bark of birches are a time-tested fire starter. Strip ribbons of bark from downed trees; it works as well as bark from live ones.

How to Ignite Tree Bark

Form the shavings into a loose mass and tuck it into a hollow in a bundle of fine twigs. Ignite the tinder mass by holding a match flame, cupped from the wind, underneath it. When it has started to burn, transfer it to a dry surface and build a teepee over the flame using kindling sticks and larger pine splits. Work cedar bark over with a rock to smash the fibers. Pull the strands apart with your fingers, and roll it back and forth between your hands.

Dry grass that’s been shaped into a loose ball ignites easily with a match.

How to Ignite Grass

A ball of grass can be set on fire in the same manner as a mass of shredded bark. It also excels in catching flame from a glowing ember of tinder fungus.

This hanging lichen is most often found in tamarack and spruce thickets but can adhere to the limbs of deciduous trees in deeply shaded areas. Old Man’s Beard absorbs moisture from the air and won’t light on damp days (you can dry it by putting it inside your shirt against the heat of your body).

How to Ignite Old Man’s Beard

Old Man’s Beard must be used in its natural fluffy state. When it has been compacted, it simply won’t burn. Use it in place of or together with dried grass or bark shavings tucked into a twig bundle. Light a match and poof!

The dead branch tips that quill the undersides of spruce and pine trees remain dry even during rainstorms. Use them with or without the dry red needles adhering to them. Dry twigs from deciduous trees also provide good kindling. Twigs require a flame of some duration, such as that from a kitchen match or butane lighter, to catch fire. The resinous stumps of Southern pine trees last about forever. Knock off a few chunks of so-called fatwood and shave slivers as tinder.

How to Ignite Spruce Tips and Pine Needles

Snap off several twiglike branches as long as your arm and bend the tips back on them-selves, then bind together with twine. Or snap them into even lengths of 8 inches or so and hold them in a fist, with the finest tips projecting out the farthest. Hold a match underneath these protruding ends and move it back and forth. The bundles catch flame most readily when the tips are loosely spaced for air circulation.

You can find hardened resin on the bark of conifers where branches have broken off or in spots where the tree has otherwise been injured. Along with birch bark, it is the best tinder you will find in the northern woods.

How to Ignite Conifer Resin

Tuck a chunk or two of resin into a pocket formed in a twig bundle and ignite it with a match. It requires a prolonged flame to catch fire but burns for a long time once lit.

While there is plenty of tinder and fire starting material in the woods already, it also helps to plan ahead and carry a fire starter with you or in your truck. We know we should be saving all that dryer lint for fire starter and shaving pine branches into feather sticks, but some of us are just plain lazy.

Lucky for us, there are plenty of very good fire starters and fire accelerants on the store shelves, and it’s just as smart an idea to stash a few of these in the bottom of your daypack as it is to hoard a bunch of cardboard egg cartons.

Here are 10 store-bought fire aids to toss in the shopping cart.

It might not burn as hot as magnesium flakes, but fatwood produces a low, steady burn. You can order fatwood from places like Amazon or L.L. Bean, or find a dead pine stump and kick off a chunk of your own.

A bit old school, but one advantage of this toothpaste tube full of fire is that you can smear it into cracks in the wood for better fire-starting.

This might get you tossed out of the troops, but if you’re gonna cheat, cheat big. This one-handed wonder is compact and fits the same propane canisters that fuel many camp stoves.

These sugar-cube-size fire starters will burn whole, crumbled, smashed, stepped on, or soaked. They’ll ignite with a match, lighter, or spark, burn at 1,300 degrees, and cool almost instantly when extinguished.

One of the smallest, lightest sparkers on the market, it’s built with a magnesium alloy rod for longer-burning sparks. The striker handle also doubles as an emergency whistle, a nice touch.

How can it be? A match that won’t blow out in a hurricane, burns for half a minute, and relights after you plunge it underwater? Better living through chemistry, that’s all we can say.

Why carry a heavy hunk of incendiary metal in the 21st century? Because it works. Shave flakes of magnesium into a tiny pile, ignite with a spark, and if you can’t work with the resulting 5,600-degree mini inferno, shame on you.

Impregnated with flammable waxes and oils, these tight fiber bundles can be fluffed and picked apart to catch tiny sparks. They’re super clean with no greasy residue, and so tiny you can tuck a few into your hatband and forget they’re there.

A bit heavier and bulkier than some, this flint-based tool nonetheless throws a spark-splosion that dwarfs many other fire-starter rods. It’s also designed for one-handed use, which could help if the other hand is broken.

Make Your Own Waterproof Matches Instead

These easy-to-make fire starters provide an all-in-one solution to starting a blaze: ignition, accelerant, and fuel in a single handy, cheap package. To use one, scrape the wax off the tip and strike against a rock. Each match will burn for five minutes or longer.

Directions to Make Your Own Waterproof Matches

To make a batch, shave wax from a candle into a pan and melt it on a burner. Cut the wick into inch-long lengths. Pour the wax into plastic bottle caps. When it begins to congeal, insert two or three wicks.

Start a Fire with the Junk Food in Your Truck

Any really good hunting or fishing trip should involve a campfire—and will involve junk food. But did you know that you can start a fire with your favorite snack? Fritos, for some reason, seem to be the best-known food fire starter, but, in fact, most greasy, salty munchies make excellent and often-handy tinder. All you have to do to start a righteous blaze is sacrifice a few morsels, light them up, and step back.

But which snacks torch up best? To find out, I set fire to pretty much all of the classics—Pringles, Cheetos, Fritos, Doritos, Munchos, pork rinds, chips, and more. And though you can definitely get a flame from any of them, nothing gets the fire ring rocking like a bag of… Well, watch the video.