First Look: Black Cloud with Flitecontrol Flex by FieldandStream Federal’s Black Cloud shotgun ammo, which has a lot of fans... 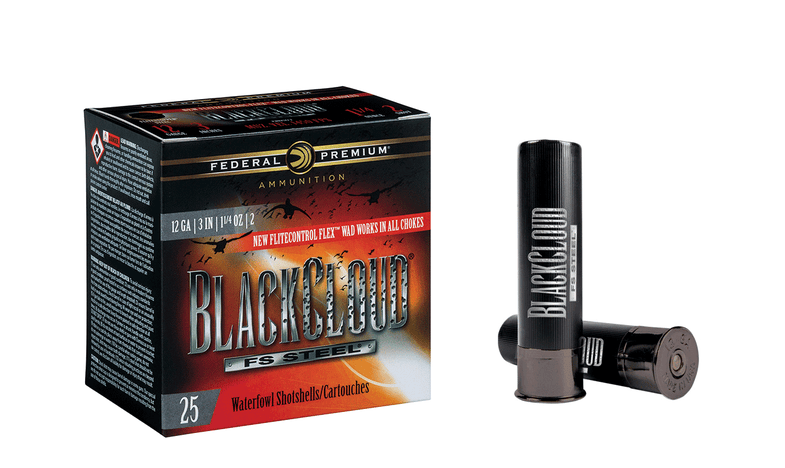 Federal’s Black Cloud shotgun ammo, which has a lot of fans among waterfowlers, gets a total makeover this year as “Black Cloud with Flitecontrol Flex.” Okay, so it’s not a catchy name, but that’s the end of the bad news about it. The good news is, it works exactly as advertised and it will be introduced at SHOT Show. There is a ton of engineering that went into both old and new Black Cloud. I started to explain it all, and gave up. It doesn’t boil down very well and it reminded me of an old Federal ad that pictured a rifle cartridge with the tag line: “As a matter of fact, it is rocket science,” and that’s exactly what it is. The rocket scientists at Federal have solved the two major drawbacks of their flagship waterfowl load.

I had a chance to hunt with and do some rough and ready patterning with Black Cloud 2.0 on a September goose hunt in Minnesota. We shot some old and new Black Cloud through Patternmaster ported chokes. The old stuff patterned atrociously in the ported, wad stripping tubes, as we expected it to. The new Black Cloud was markedly better by a good 20% or more. It delivered very good, goose-killing patterns at 40 yards.

For those of you who would like to know slightly more: the old Black Cloud performed poorly in ported and wad stripping chokes. Its unique wad has little fins on the back that deploy as the wad leaves the muzzle (I told you this was rocket science), acting as brakes to separate the wad from the payload. It also has side windows that let air inside the wad to help with separation. Ported chokes not only bled off the air pressure needed to open the rear fins, they acted like cheese graters on the side window flaps. The result was uneven, poor performance.

The new wads have fins redesigned to open properly with any choke, and side windows replaced by slits and they navigate the perils of ported chokes with no problem. Federal also changed the primer and propellant to make the shells shoot cleaner. Although the goose hunting around the Twin Cities wasn’t great, I got to shoot a couple of Canadas with the new stuff, too, so there was applied patterning along with the theoretical stuff. It will be available in 10, 12, and 20 gauge loads. I know, it’s a lot of engineering just to kill a bird, but it works.