Michelle Bancewicz Cicale's clip of herself hoisting a massive tuna aboard her boat has gone viral—for good reason. It's quite the sight to behold. 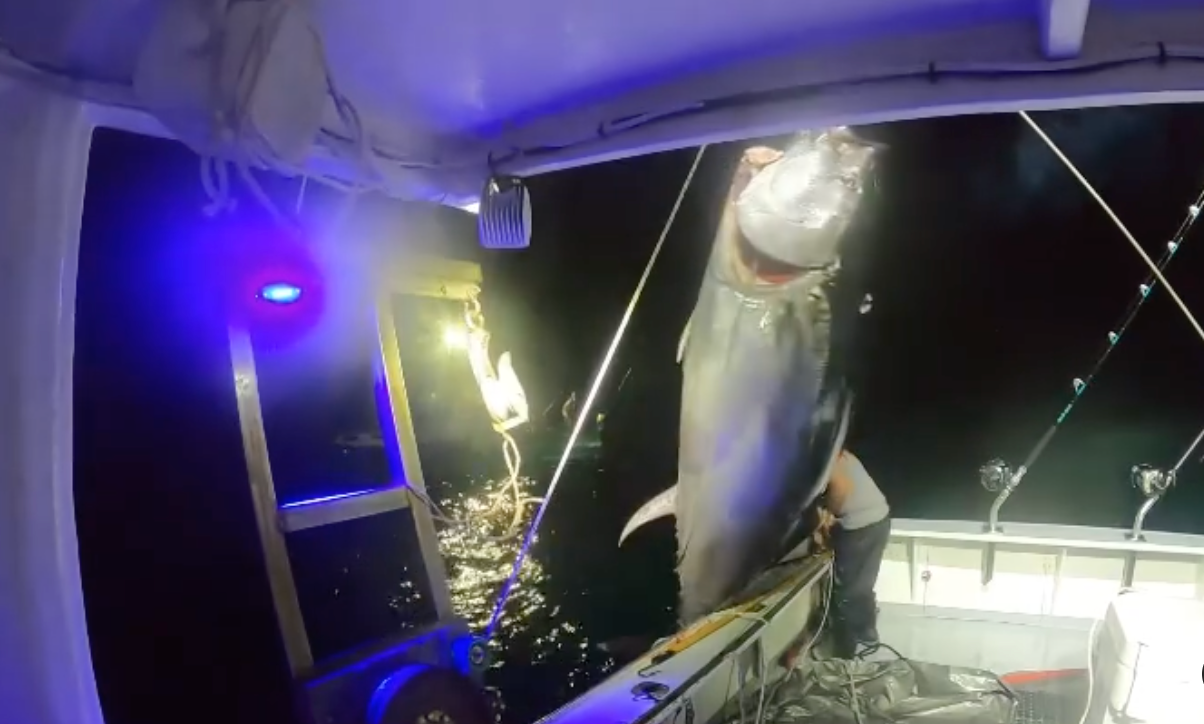 Just imagine how much sushi you could make with this tuna. Michelle Bancewicz Cicale via Instagram
SHARE

Michelle Bancewicz Cicale caught one hell of a tuna several weeks ago off the coast of Hampton Beach, New Hampshire. According to Cicale’s Instagram account, The hulking bluefin tuna was 108 inches—or 9 feet long. Dressed out, it still weighed a whopping 601 pounds. Cicale, who tangles with tuna as a commercial fisherman and also guides clients on private charters, landed the monster solo while fishing on her boat, which is appropriately named “No Limits.” She took a video of herself using ropes to hoist the big bluefin up onto the board. The video went viral, in part because of how much the fish’s weight causes Cicale’s boat to shake. Check it out below.

Cicale says that she fought the big tuna for about an hour before lifting it onto her boat. Impressively, it’s not even the biggest fish she’s boated this fall. Shortly before catching the 601-pound tuna, she landed a tuna that dressed out at 643 pounds. That time, she was fishing with her first mate, Lea Pinaud. The slob took nearly four hours to subdue and nearly spooled Cicale and Pinaud 10 times, according to local radio station WOKQ 97.5. That beast is also an incredible sight.

The western Atlantic bluefin tuna is the largest species of tuna, according to the National Oceanic and Atmospheric Administration (NOAA). The fish can reach lengths of up to 13-feet and weigh up to 2,000 pounds. They can live to up to 20 years and only start to reproduce when they’re about 8. The NOAA considers western Atlantic bluefin tuna to be a sustainable seafood choice because their harvest is closely managed. And if you’re a recreational angler and hook into a bluefin even half as big as the ones that Cicale boated this fall, get ready for the fight of your life.