Get off the grid and catch truly wild trout this summer 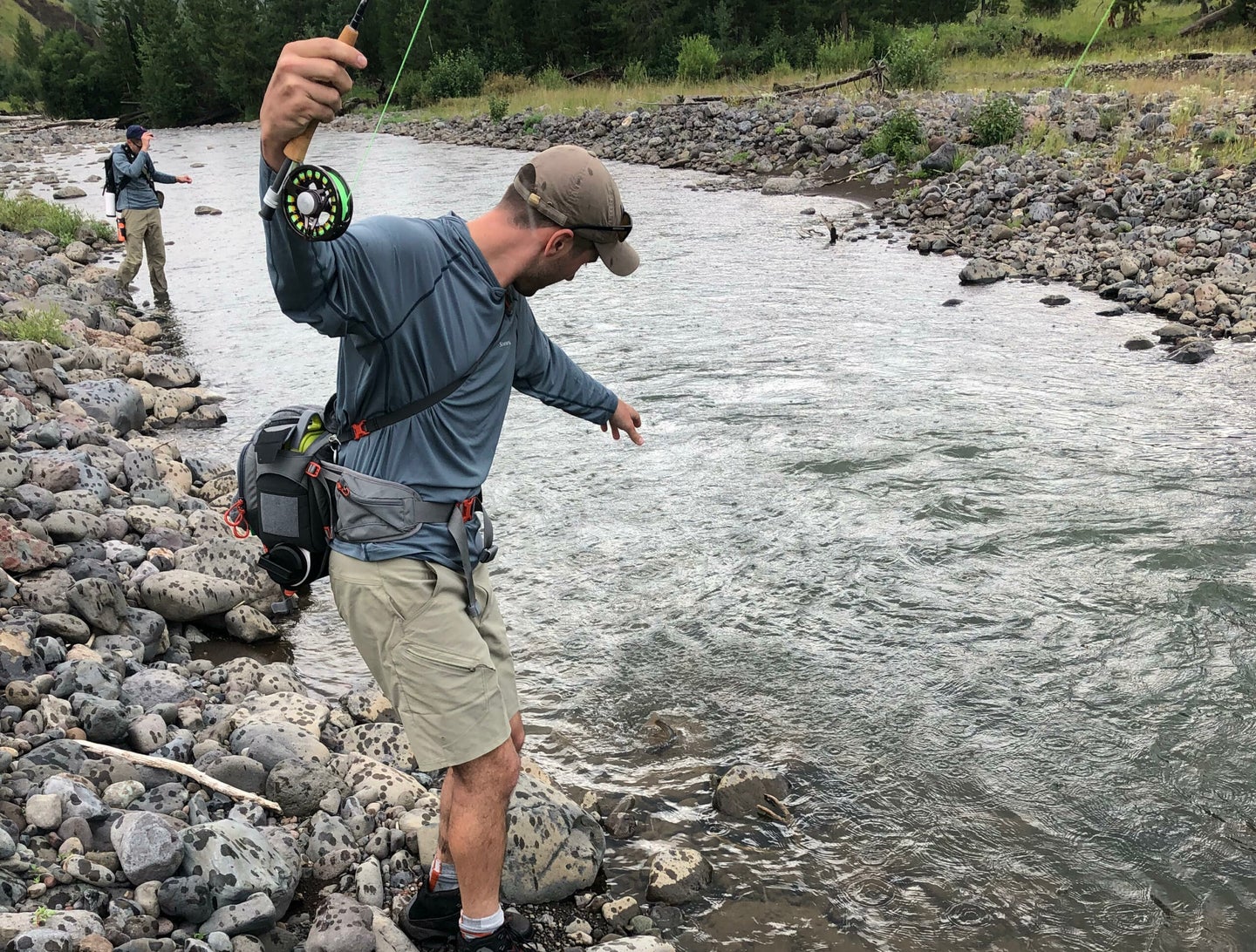 Get off the beaten path for a fishing trip you'll never forget. Matthew Every
SHARE

Finding solitude on remote rivers and lakes that are full of fat—and hungry—wild fish is what trout fishing is really all about. While you might spend most of your time fishing easily-accessed waters near home, it pays to hoof it into the backcountry once in a while in search of wild trout. The following public-land trips aren’t for the faint of heart, but for the angler willing to brave the elements, they’re more than worth it.

Some of these areas can be accessed on long day trips, but you’ll probably want to spend several days fishing to make the trip worth it. Consider backpacking or using a pack animal to bring both your fishing and camping equipment with you. Pack as light as you can without skimping on your tackle. There’s nothing worse than realizing you’re getting skunked miles into the boonies just because you neglected to bring the right lures or flies with you. Instead, come fully prepared—and then get after it.

Get in on a modern-day gold rush in California’s 304,000-acre Golden Trout Wilderness. The wilderness area is located on the Kern Plateau at the Southern end of the Sierra Nevada mountains—only a couple of hours drive inland from Los Angeles. Don’t let the close proximity to this metropolis fool you, this large span of uninhabited land is a haven for golden trout, a subspecies of rainbow trout native to California. Golden trout don’t grow very big, but they’re exceptionally beautiful, making catching a golden trout a bucket list endeavor for fly and spin anglers alike. There are hundreds of trails that zigzag through the wilderness area. They give anglers the ability to find solitude on countless lakes as well as the North and South Forks of the Kern River. All fishing is catch-and-release—Golden Trout rarely get big enough for eating anyway. Permits are required for all overnight visits and are available at the Inyo National Forest ranger station.

You’ll find fat brookies in the Upper Raven Fork, which is a remote but productive watershed in the Great Smoky Mountains National Park. Access to the Raven Fork requires several miles of hiking, and it’s best to reserve this place for multi-day adventures. The stream was closed to fishing for almost 30-years as part of a broader effort to restore native brook trout populations in the Great Smoky Mountains National Park—and the efforts paid off. Nowadays, anglers report routinely catching big brookies. Expect pocket-water fishing with gin-clear water, small waterfalls, and deep pools. As with all small stream fishing, stealth is a must. Don’t be surprised if you hook into a few rainbows, which also haunt the stream. If you want a change of scenery, leave the Upper Raven Fork and explore the 800-miles of streams that contain fish in the rest of the National Park.

The Frank Church River of No Return Wilderness is a vast span of truly wild land in central Idaho. The massive 2,366,757-acre wilderness area is the largest contiguous wilderness area in the lower 48. Its sheer size promises anglers solitude in a rugged landscape featuring steep mountains, deep canyons, and superb fishing. Anglers can target big trout in the Salmon River Canyon, which is deeper than the Grand Canyon. Floating 104 miles of the Middle Fork is a bucket-list trip, but you’ll also find plenty of fishing elsewhere, from small streams to high alpine lakes. You could spend a lifetime fishing the Frank Church without running out of new fishing holes.

Bridger Wilderness is a cutthroat trout haven that encompasses 2.25-million acres in central Wyoming. Amid countless 13,000-foot-high peaks in the Wind River Mountain Range, there are over 2,300 lakes in the wilderness area spread over 80-miles along the western slope of the Continental Divide. That’s so many lakes that people have lost track of which lakes actually have fish in them. There are several well-known fishing hotspots, but the real fun comes from charting an expedition to explore remote lakes that might not have been fished in years. You’ll find wild rainbows, cutties, brook trout, and even golden trout. And because of the abundance of bug life, the goldens in the Wind River Range can reach over 16-inches—which is significantly larger than they do in their native territory in California. Good navigation skills are of utmost importance in this remote region of wilderness as are common sense precautions required for traveling in a landscape replete with grizzlies and gray wolves.

The Gunnison Gorge National Conservation Area is hands-down one of the most scenic and angler-friendly stretches of water in the continental U.S. The BLM area spans 62,844 acres of public land that’s just downstream of the Black Canyon of the Gunnison National Park. The river is notoriously difficult to access. High-clearance 4-wheel-drive vehicles are required to get to three different trailheads, all of which require over one mile of hiking to reach the water. The river is small enough to wade but several local outfitters run multi-day float fish excursions that require packing supplies into the canyon by mule and running class 3 and 4 rapids. The river is known for its 20-inch-plus rainbows but also boasts impressive browns. Fly anglers will especially appreciate the giant stonefly hatch in early June, but good fishing can be found year-round for those willing to put in the work to reach the water.