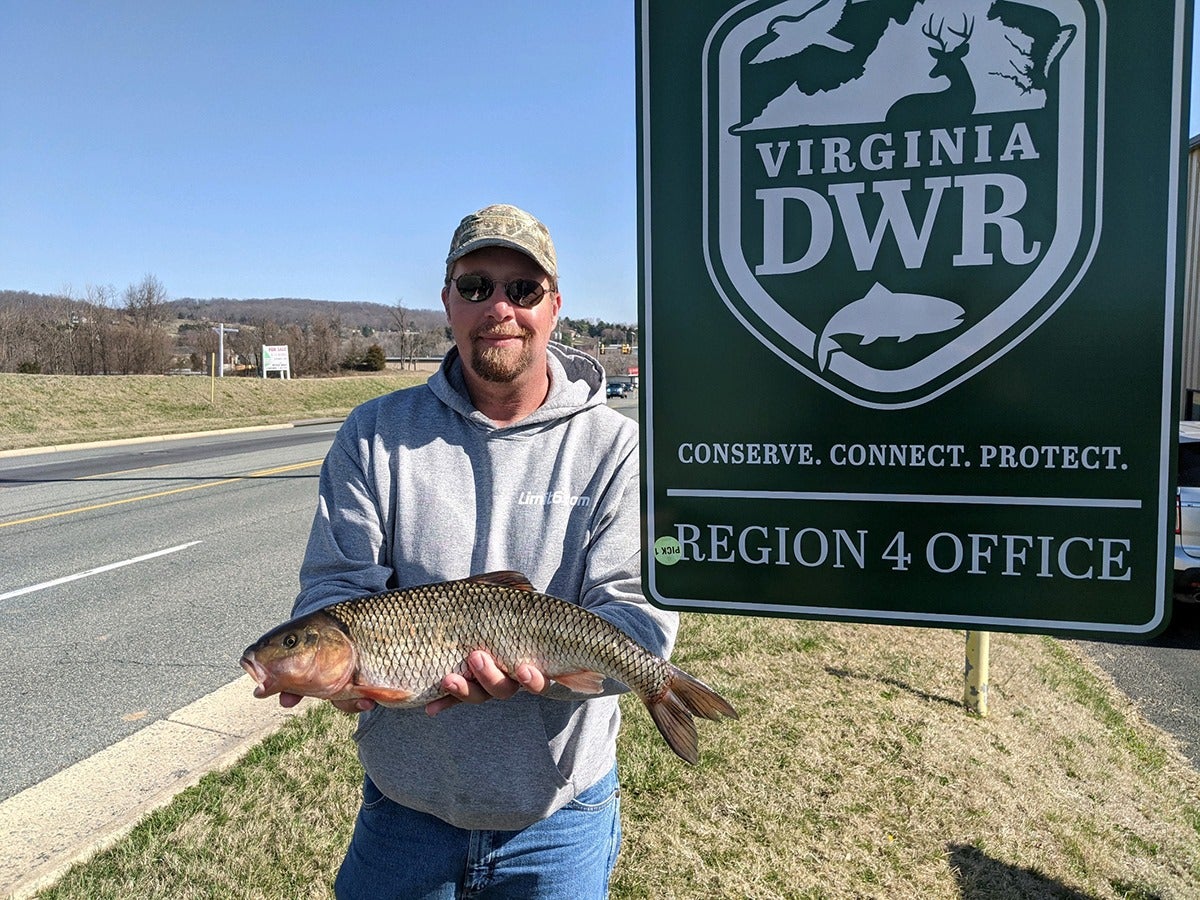 A 3-pound, 5-ounce trout would be a huge fish to pull from Virginia’s Cowpasture River, an 84-mile long tributary of the James that rises in Highland County in the western part of the state. A smallmouth bass that heavy from that water would also be spectacular. A 3-pound, 5 ounce fallfish—a species of chub that is that largest minnow native to Eastern North America—is, well, unheard of. The average adult fallfish measures about 5 inches, although larger ones have been recorded. The one caught by angler Jerry Hall—who was fly fishing for trout—last week measured 19.75 inches and smashes the Virginia record by 13 ounces.

It makes you wonder what you might hook into if you used that thing for bait.

Jerry Hall is a longtime angler who practices catch-and-release. But he had an inkling that this fish might be special. “I know what a 3-pound fish looks and feels like,” he said. “I thought I’d seen that the state record fallfish was a bit over 2 pounds. I knew this fish was well over 3 pounds. So I brought it out on the notion that it was a state record.”

He was right. After a 20-minute walk from the river to his truck, he weighed it and knew he had to get it certified. DWR Region 4 Fisheries manager Steve Reeser certified the weight and confirmed it as the new state record. The previous record was recorded in 2020.

Fallfish are found in the northeastern U.S. and eastern Canada in clear streams, lakes, and ponds. Spawning males build stone nests, known as redds. Before the introduction of smallmouth and largemouth bass and brown trout, fallfish were the apex predator in many streams. Adult fallfish eat other small fish, including their own young.

Of his fish, Hall said, “It set the bar high, but I think that record can be beaten!” This is exactly the kind of thing an experienced angler knows he should say, while secretly believing that his record will stand forever.