Smoke on The Water: How Unforgettable Adventures Help Us Through Tough Times 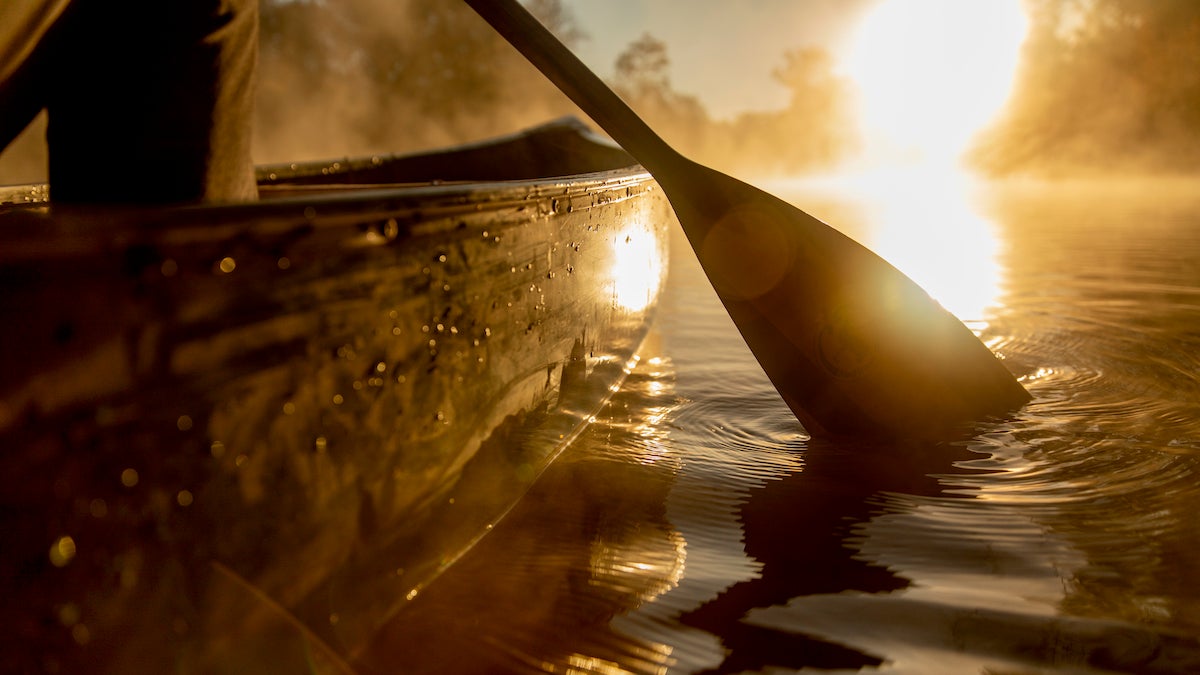 Faced with losing a boyhood friend, the author escapes to the rivers they once paddled together. Cavan Images
SHARE

This story was originally published in issue no. 1, vol. 126 of Field & Stream.

For some reason, when I think of the trip, what I remember most is the smoke—​first from the tailpipe of the lime-green Ford Pinto that belched a black cloud at every ignition and kept coughing until the speedometer hit 30.

On top of the Pinto was a 17-foot Grumman canoe, and inside the Pinto were me, my best friend Tim, a disassembled bike, and enough camping gear to last a week. When we rumbled out of my folks’ driveway, my dad turned to my mom and said, “They’ll make 100 miles if they’re lucky. Don’t stray far from the phone.”

Tim and I had just graduated from high school, and with a full week off from our summer jobs, we were off to northern Wisconsin to camp, fish, and run rivers. The waters of the Badger State may not seem exotic to some, but for two kids from Iowa, they were as wild as any flowing to the Arctic Ocean.

When we got to our campsite, we spread the river map across our laps and studied it by firelight. In the morning, we would run a section of the Flambeau, one of the great log-drive rivers of the state’s white pine logging era and still among its most scenic. Our fingers traced routes and marked launches and takeout points as flames crackled against logs of oak and ash and smoke drifted across our faces and into the night sky. We rolled into the tent after midnight and, too excited to sleep, talked into the morning.

After breakfast, I dropped Tim, the canoe, and our gear at the launch point, then drove the Pinto down a gravel road paralleling the river. I’d volunteered to run the first shuttle, which involved dropping the car off at the takeout, hopping on the bike, and riding back. Like the Pinto, the bike was in the autumn of its life. As we’d assembled it the night before, Tim had strapped a hand pump to the frame. “You might need to add a little air to that front tire,” he said. “It’s got a small leak I didn’t have time to fix.”

That “small” leak was big enough that by the time I’d locked the car and turned to the bike, the tire was sagging. I sighed, unstrapped the pump, inflated the tire, remounted the pump, and hopped on the bike. I repeated that process six times over the next seven miles, the wobbling wheel grinding into the gravel, deflating before my eyes as I pumped the pedals. I nearly died on the third stop. I’d dismounted to inflate the tire near a sharp bend in the road and never heard the logging truck bearing down on me until it jake-braked for the turn. I looked up to see twin plumes of exhaust billowing from its stacks as I grabbed the bike and dove for the ditch, the semi’s wheels passing feet from my face.

But the bike ride was worth the sweat and swearing. We heard a single vehicle as we launched the canoe, but not another man-made sound for the rest of the day. The Flambeau roared and gurgled and sighed as we ran the rapids, fished the pools, and let the current transport us. I’d been reading tales of adventurers since boyhood and knew we weren’t in Siberia or the Yukon, but we might as well have been.

So went our week. At night we would eat, start a fire, and choose a river for the next day. Spotting an eagle was a big deal in the ’70s, and on the Flambeau, we saw not only a pair but also their nest—a monstrous thatch of sticks in a towering white pine standing sentinel over a bend pool. On the Chippewa, I cast a spinnerbait across a branch hanging over a cutbank, and when the lure left the water on the retrieve and dangled a foot above the surface, a muskie erupted from the water in an airborne attack but missed—not once but twice. It would have been less exciting to actually catch the thing. We rented kayaks to run the rapids of the Brule, which is tame by true whitewater standards, but when you’re 18 and the livery guy insists you wear a helmet, you’re convinced Victoria Falls lies around every bend.

On the last night of the trip, as I pumped gas and dumped oil into the Pinto, Tim emerged from the station clutching a pack of Swisher Sweets. Back at camp, we lit up in a plume of cherry-candy smoke, and it seemed like a pleasant, almost sugary entry into manhood. Watching the sun sink into the Flambeau, we bemoaned our return home. “I don’t care what happens when we get back,” Tim said, puffing a curl of cigar smoke into the June dusk. “I will never forget this trip.”

Read Next: The Classic Boats of Fishing & Hunting

I haven’t forgotten it. Nearly four decades have passed since we slid the bow of that Grumman into the Flambeau, and I still return to that memory often. So earlier this year, when Tim’s wife, Lisa, told me that he was losing his battle with COVID, his lungs ravaged and other organs failing by the day, I worked very hard not to imagine my friend in the confines of a sterile ICU, hooked to a ventilator and separated from his family. Instead, I escaped to that sacred place where the vestiges of old adventures are stored, and I thought of the rivers, and of the smoke of that old Pinto and our campfires and the candy-flavored cigars—and I hoped that my friend was doing the same.