Your bow may be dead on, but are you? Here's a practice routine that'll have you right on target as fall seasons open 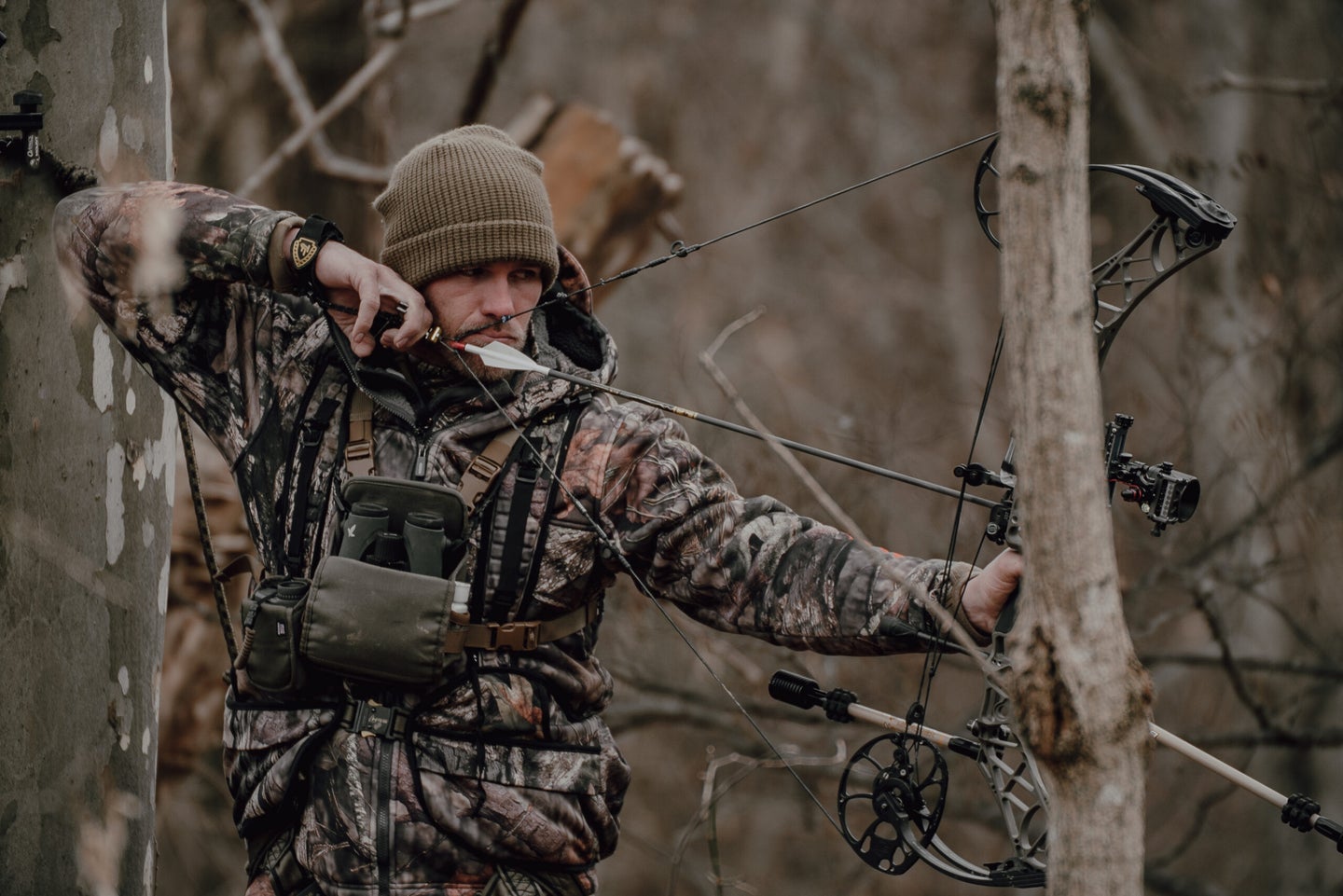 Good field shooting only comes through plenty of time on the range. Mathews
SHARE

Bow Bootcamp is a 10-part series designed to get you, your equipment, and your skills in peak shape for fall. That means gear checks, accessory tweaks, precision bow tuning, and shooting drills to get you totally dialed in. This installment is all about developing a practice routine to sharpen up your shooting. (If you missed any previous installments, check them out here: Part 1, Part 2, Part 3, Part 4, Part 5, Part 6, Part 7, and Part 8.)

There’s a myth that the more arrows you fire downrange, the better archer you’ll become. Yes, it’s a good idea shoot on a regular basis, but your practice also needs to be purposeful, otherwise you can wind up drilling in bad habits. If you’ve been following along in this series, your bow is now perfectly tuned, sighted in, and ready for the field. It’s dead-on. So the question now is: Are you dead-on?

To make sure you’re shooting at your best every time you step into the field, you need to develop a practice routine, and stick to it as much as possible. That doesn’t mean you necessarily have to shoot ever day or launch a certain number of arrows. It means you shoot enough to drill in good habits and stay sharp.

Earlier in this series, we talked about developing a repeatable shooting process that involves talking yourself through the basics of good form. This should come into play during every practice session. To recap quickly, my mantra (and, yes, I mutter it to myself before every single shot) is: Grip. Anchor. Acquire. Focus. Breathe. Execute. Saying these words aloud or in my head reduces target panic, slows me down, and ingrains a repeatable shot process. It’s important to incorporate this in your practice, but you also need a regular practice routine. Here’s what you should do.

Yes, I realize TikTok, Instagram, and Facebook are overrun with archers making miraculous shots on foam targets at distances beyond 100 yards. Great! I love shooting long-range too, but I’m also thankful that my first archery coach limited me to 50 yards during my initial year. Why? Because the most important thing in archery is to develop good shooting habits and drill in that repeatable process—and it is much easier to do that at fairly close range.

As you move back from a target, pin-float increases. Pin-float is simply the uncontrollable movement of the pin on the spot you want the arrow to impact. The best archers in the world can’t hold their pin dead on a target. These archers have learned to trust their pin float, push and pull through the shot, and stick to their process. And the reason this is easier to do a closer distances is because the pin-float isn’t magnified like at longer distances. When archers try to move back too far from the target too fast, the pin looks like it’s doing a disco dance on the target, panic sets in, the shot routine goes out the window, and the trigger gets punched. So start close and stay inside 50 yards for a while, especially if you’re new to bowhunting or if it’s been a while since you’ve shot. To start with, practice at least every other day, and try to shoot a few good groups of three arrows at 20, 30, 40, and 50 yards.

Once you’re shooting great and you’re confident that your process is drilled in, then you can move past 50 to as far as you want. But if things go sideways at any point, get closer and stay there for a while.

Mix Up Your Practice Distances

Practicing at distances split evenly in 10-yard increments is fine, but only up to a point. As you get closer to a given hunt, you want to mix things up. Otherwise, if you only shoot at 20, 30, 40, and 50, you won’t know where to aim at an animal standing 23, 35, 47, and 54. So, at least once a week, take six arrows, and randomly place them on your practice range at unknown distances. Then, in whatever order you like, grab one arrow at a time, range the target, talk yourself through your process, and make the best shot possible. Doing this will teach you where to hold, so that when the moment of truth presents itself, and the shot is 37.2 yards, your mind will automatically put your 40-yard pin where it needs to be, because you’ve practiced so much.

Practice Shooting in the Wind

I wouldn’t say I like shooting in the wind, but when Mother Nature stirs up some gusts, I make a point of getting out and shooting. You should, too, because you need to know how your bow and arrow setup performs at different wind speeds and what compensations, if any, you need to make in a crosswind, headwind, and tailwind. Chances are good that the air won’t be dead still when you’re hunting, and you want to be prepared for anything. Stick with your process and trust your pin float, which the wind will magnify. Don’t worry, you our subconscious mind will constantly bring that pin pack to the location you want the arrow to impact.

I know, 3D targets are pricy, but if you add just one to your collection each year, it will not break the bank—and it will totally be worth it. You only need to practice on your 3-D targets once or twice a week, at most, which keeps them from wearing out. Set the targets at different angles (quartering toward and away, up and downhill), and shoot to “kill.” Don’t shoot for score. Work to put your arrow in the center of the lungs on a broadside target, behind the last rib on a quartering-away target, and tight behind the shoulder on a quartering-toward target. Set realistic in-the-woods situations that cause you to shoot over and under limbs and squeeze arrows into tight spots.

Know When To Stop

Some days, it will seem like you can’t miss on the practice range. The release will break perfectly, and the arrow, even when you feel like a shot is off, will find its way into the exact spot you want. When that happens, lean into it to build confidence. But there will also be days when can’t buy a bullseye. When that happens, put the bow down. Don’t fight it. Accept that you just don’t have it on that particular day and start fresh the next.

Enjoy the process, and give yourself a little flexibility with your training. If you have to miss a day, no big deal. One last piece of advice: As you hunt gets closer season, make a habit of stepping onto the range at random times shooting a single arrow from a given distance. That distance for me is 36.5 yards, which is the average distance when I calculated over 120 arrows sent at game animals.