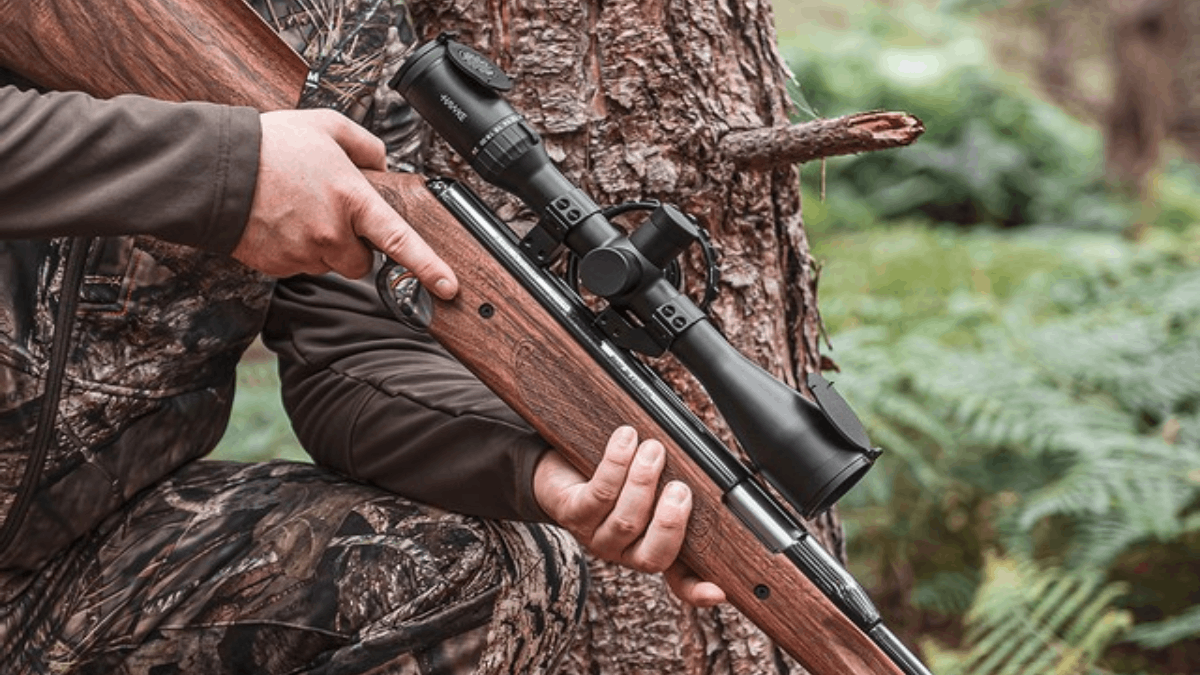 Not all scopes are created equal, so make sure you know exactly what you’re getting.

You may be thinking that air rifle scopes are pretty much all the same and that all you’ve got to do is decide on a budget and magnification requirements—but there’s a bit more to it. While you can certainly find great scopes from names that you’ve no doubt heard before—such as Leupold, Bushnell, and Vortex—there’s a whole other world of air rifle scope manufacturers to be discovered. Don’t discount them simply because you’re unfamiliar with the brand.

Many air rifles today look almost identical to their powder-burning brethren, but those looks can be deceiving. Beneath the surface, air rifles are built differently, and these differences can have serious consequences, such as a broken scope, if you’re not careful. Of course, it’s not all doom-and-gloom, and picking out the best air rifle scopes can be a fun part of outfitting your rifle for a specific purpose.

Why It Made the Cut: Hawke’s Vantage 3-9×40 scope is the closest you can get to a traditional rifle scope.

Featuring a classic Mil-dot reticle with a 40mm bell and variable 3-9x magnification, the Hawke Vantage scope walks and talks like a regular rifle scope but comes with distinct advantages for use on air rifles. You still get .25 MOA adjustments for windage and elevation, but you also get a knob on the side to adjust for parallax.

Why It Made the Cut: Performance meets affordability with the Vortex Crossfire II 2-7×32 scope.

Vortex is well-known for making scopes that punch above their weight class, and the Crossfire II 2-7×32 is no exception. The scope weighs less than a pound and is less than a foot in length, making it a compact yet durable option for an air rifle. Backed by the unmatched Vortex lifetime warranty, this scope should outlast you by a generation or more. In terms of price, it’s on par with many regular rifle scopes. At first glance, that may make you question placement as the best budget scope, but the Crossfire II can easily pull double duty and go between an air rifle and a regular rifle with no issues whatsoever. Essentially, it’s two scopes in one.

Why It Made the Cut: Feature-packed with lots of options and accessories, this scope is proof that something doesn’t have to be expensive to be considered premium.

UTG’s 4-16×44 30mm scope is the most technologically advanced one on this list, and while it costs more than the others, it still isn’t expensive for what’s considered to be a premium scope. Because it comes with rings and lens caps, this scope is ready to be mounted and taken to the range right out of the box. With a staggering 36 reticle colors to choose from, you can pinpoint what color works best for you. Plus, there’s a brightness memory that can take you back to your previous color and brightness settings with just one click. The 4 to 16x magnification is perfect for larger caliber air rifles and the 44mm bell will let in plenty of light for early morning or late evening shots.

Why It Made the Cut: Crosman is an established air gun name and the Targetfinder 4x Scope is perfect for dipping your toes into the world of air rifle scopes

Crosman has been in the air gun business since 1923, so they know a thing or two about air rifle scopes. The Targetfinder 4x is a great beginner scope because it’s so affordable at an MSRP of just $19.99 and available for even less at many places. Don’t let the price fool you, though—this is a solid option if you’re just getting into the world of air rifles and don’t want to spend a fortune on a scope if your gun was relatively inexpensive to begin with. Featuring fixed 4x magnification and dovetail receiver mounts, it can be installed easily on many beginner Crosman (and other brand) air rifles.

Why It Made the Cut: The SWFA 10×42 SS 30mm Riflescope is built like an absolute tank.

Built to NATO specs and designed to withstand recoil up to a .50 BMG, you probably think that the SWFA 10×42 SS 30mm scope is overkill on an air rifle, but you’d be wrong. Instead, it just means that you’ve got an absolutely rock solid rifle. Because the scope has a fixed magnification level, they’ve used the turret that normally adjusts this to make adjustments to parallax.

Things to Consider Before Buying an Air Rifle Scope

Like any other scope, you’ll want to figure out how much magnification you want or need, what tube diameter you’d prefer, and the size of the optic bell. This isn’t really any different than deciding on a regular rifle scope, but there are some differences that you need to consider and keep in mind. Here are some of the things you should think about before parting with your hard-earned money:

Good glass isn’t cheap. That’s not to say that you can’t get a good air rifle scope on a budget, but be mindful of how much you have to spend and how much you’re willing to spend. You could spend thousands upon thousands of dollars on a scope and find that it gets the same results as one that costs a fraction of that price. Don’t spend gobs of money just to spend it.

Why do air rifles break scopes?
Air rifles break scopes because they recoil differently. Whereas a regular rifle recoils to the rear, an air rifle recoils to the rear and the front. Because regular scopes are not designed with forward recoil in mind, the extra directional travel can cause a scope to break unless it has been designed to work on both regular rifles and air rifles.

How much does an air rifle scope cost?
Generally speaking, air rifle scopes cost less than regular rifle scopes. Depending on the application, you can spend as little as $20 or as much as $200 or more and be perfectly happy with the performance. It all depends on the type of air rifle you have and how you intend on using it.

Knowing the difference between a regular rifle scope and an air rifle scope—and more specifically, knowing why they are different—is important when it comes time to pick out a scope for an air rifle. While you could probably get away with using a regular rifle scope in many instances, you should do so with the understanding that it isn’t necessarily the right tool for the job and, as such, you shouldn’t be surprised if something goes wrong or breaks.

Thankfully, the price of admission into the world of air rifle scopes is inexpensive. A good one can be had at a reasonable price, and even a premium one may surprise you as to how much money is left in your pocket after purchase.

From plinkers and varmit rifles to long-distance platforms, I’ve shot some of the best air rifles in a wide array of calibers and configurations suited to different applications. Similarly, each rifle was outfitted with a different scope for optimum performance in a given situations. I’ve learned what works, what doesn’t, when something is overkill, and when something is undervalued. I evaluate air rifle scopes using the following criteria: