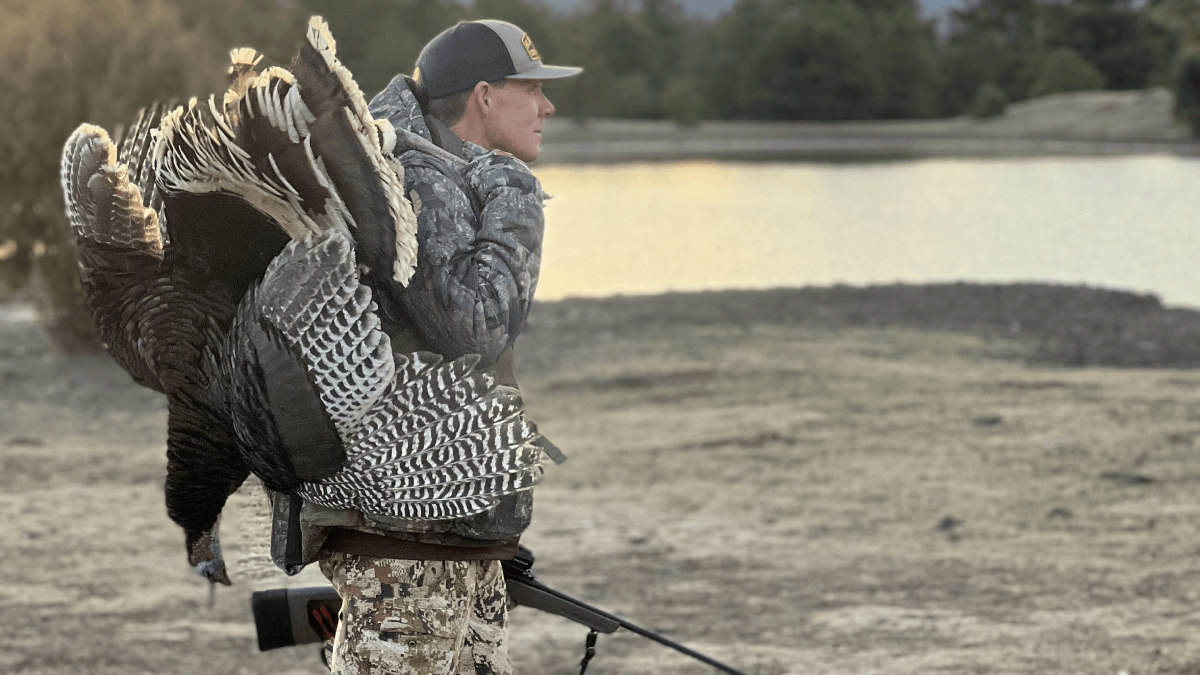 If you want to shoot tighter patterns, the right turkey choke can make all the difference

I first started testing out custom turkey chokes with different models and gauge shotguns a few years ago. Like old sage Toms tend to do, a thick-bearded Eastern hung up on the field edge. We had the best decoys imaginable but the bird wasn’t going to break off his girls. He was 60 yards, and never in my turkey career had I attempted such a shot. Granted, I’d also never swapped out a manufacturer’s Extra-Full choke for a custom model. So, upon my buddy’s insistence, I settled the HIVIZ fiber-optic bead on the longbeard’s dome, took a breath, and squeezed the trigger. The 20-plus pound bird didn’t even flop.

Playing around with chokes has been a lot of shoulder abuse, but it’s also been fun. I’ve found some great makes and models (along with some I wouldn’t have my worst enemy thread into their barrel). The bottom line is that the best turkey chokes constitute a significant benefit to the turkey hunter and are worth adding to your arsenal.

Why It Made the Cut: This choke can roll a gobbler at 60 yards with open sights and will digest any lead shot from #2 to #10.

Engineered with ultra-tight tolerances, this tube will jelly the head of toms close and far. In testing, the Strike has shown pattern density increases beyond 40 percent, meaning more pellets smack the target when you squeeze the trigger. With an extended choke tube, installation is a breeze, and the choke has proven to be tough as nails, which means season after season of no-fail use.

Why It Made the Cut: I’ve shot the choke numerous times over the years and love the pattern density I get along with the ported design that reduces recoil.

Primos knows a thing or two about turkey killing, and they wouldn’t trust their success to a product they don’t believe in. Primos’ Jellyhead Maximum Turkey Choke could have easily secured the Best Overall award, but its wallet-friendly price makes it a budget no-brainer. Numerous threading constructions allow you to select your gun and find the Jellyhead thread pattern that’s right for you. The tapered design and fluted ports reduce shoulder abuse while putting more lead (or other metal) on target. As with most turkey chokes, the only metal the JellyHead won’t handle is steel, so don’t try using it as an extended waterfowl choke.

Why It Made the Cut: Designed for use with Winchester Long Beard Turkey shotgun shells, this extended tube has smashed heads well beyond 50 yards.

Carlson’s is a choke-crafting genius, and the Long Beard XR is one of the manufacturer’s finest creations. Engineered to produce distinctive downrange patterns when using Winchester’s Long Beard Turkey Loads, this tube promises ultra-tight patterns and keeps lots of lead on target. When paired with Winchester’s Long Beard, the combo gives the turkey-goer 10 percent more penetration than the standard lead shot at distances more than 50 yards, and terminal on-target performance is boosted because the design of the choke tube throws the round shot tightly. I have used the tube with other ammunition and have seen similar results.

Why It Made the Cut: This choke is one of the best I’ve used, and it’s a go-to when shooting my Browning 12-Gauge—I love the pattern density.

Rob Roberts is a master craftsman and has spent a fair share of his time perfecting shotgun chokes, many of which have found their way into shotguns in my arsenal for a reason: They perform as advertised. Built in a single cycle, the outside and inside are run before the tube ever comes out of the lathe. This build means consistent concentricity, and you never have to worry about your point of impact changing. The choke threads into the barrel like butter and produces excellent pattern densities at ranges close and far. When shooting a 20-gauge paired with a top-tier TSS or Bismuth load, dropping a Tom in his tracks is possible beyond 50 yards.

Things To Consider Before Buying A Turkey Choke

First, you must consider the ammo you plan to run and the shotgun you plan to take to the turkey woods. Some chokes are designed to work better with certain metals (lead, bismuth, TSS), and you want to make sure you’re purchasing a choke tube that will thread properly into your shotgun.

Next, you need to consider your plans for hunting turkeys. I’m an open sight guy and limit my shots to 60 yards and in (after 20-plus years of hunting turkeys across the country, I’ve only shot one bird at this distance). I hunt turkeys for the thrill of calling them in, and when I get them in tight, I like a load of #7 1/2 or #9 bismuth or TSS. Shooting smaller-sized pellets that are denser than lead and pairing those pellets with a quality choke means maximum lethality and close distances.

When it comes to testing, I’ve dropped a small fortune on turkey chokes over the years, and sadly, one of the best ways to find the top choke for your turkey killer is to buy them and test them. However, I recommend reading available literature and watching videos that provide worthy information on a model you’re considering. Some great choke tube tests have been performed, and these tests are good for gleaning extra knowledge.

I would also visit the website of the choke manufacturer you’re considering and make sure the choke is available for your shotgun. If it is, do an internet search and see if you can find some reviews that discuss the success and failures other shooters have found with the tube you’re considering.

Q: What is the best choke for turkey hunting?

I like an extended ported choke tube. These tubes produce exceptional patterns and keep post-shot recoil under control.

Q: Do you need an extended choke for turkey hunting?

No. My first 10 seasons in the turkey woods produced 10 longbeards, and I took all those birds with a standard Remington Full Choke. With that noted, all of those shots were super close, and over the years, I saw the light and changed to extended choke tubes when hunting turkeys.

Q: What do you look for in a turkey choke?

It must thread properly into your shotgun, and I want a choke that keeps my pattern tight and uniformed and puts lots of pellets on a target beyond 50 yards.

Q: What shot size is best for turkeys?

Man, this question could cause a severe argument amongst the turkey crowd — every turkey hunter has their opinion on shot size. I consider myself an old-school turkey hunter sold on # 5 shot, but with the advancements in choke tube design and the undeniable lethality of bismuth and TSS, I stick to # 7 1/2 and #9 shot these days. When I pull the trigger on a big old Tom, I want a lot of pellets in the air.

Don’t overthink it—you’ll drive yourself crazy and could end up spending lots of money. Do your research, do your testing, and when you find a turkey choke that pairs well with a particular type of shotshell, stick with that combo, and everything else will be cream cheese.

I’ve hunted turkeys from Idaho to Texas to Florida and in almost every state between and have tested and tinkered with piles of turkey chokes. These are chokes that have proved their worth. I have a tote in my garage full of turkey chokes; one could say I’m a collector, but only a handful is in the starting lineup, and this article contains the bulk of that lineup.