Seventy plus years since its introduction, Roy Weatherby's .300 Magnum is still unbeaten for flattening big critters at long range 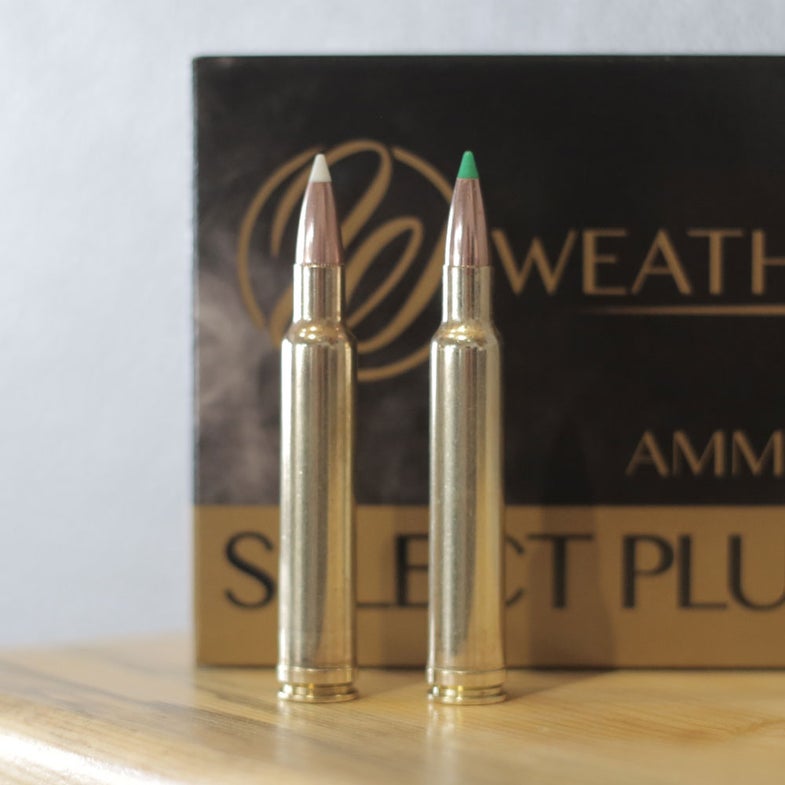 If you Google “Roy Weatherby You Asked for It”* you’ll be treated to a kinescope made in the early 1950s of Roy Weatherby appearing on a television show of that name, shooting a .300 Weatherby Magnum. “You Asked for It” was a hit, and the format was simple: Viewers wrote in requesting to see the odd, the unusual, and the occasionally creepy. The host was one Art Baker, who had a fine head of silver hair and the irritating manner common to all television hosts.

“Dear Art,” a typical letter would go. “I hear there is a man in Ardmore, Oklahoma, who can leap 6 feet in the air while simultaneously emitting a deafening fart and an ear-piercing whistle. Can we see him do it?”

Of course you could.

On this occasion, “You Asked for It” had gotten a request from a kid who had heard that the most powerful rifle in the world was built in South Gate, California, by a fellow named Weatherby, and could we see it in action?

The .300 Weatherby, “The Most Powerful Rifle in the World”

We could, and I was watching at the time, and I saw a very young Roy Weatherby match a presentation-grade Mauser-actioned .300 Weatherby Magnum against a .30/06. He shot at water-filled cans, bulletproof glass, armor plate, and finally a 7 ½-inch-diameter tree trunk which the .300 blew in half with one bullet. (You’ll notice that Roy is not wearing headphones. That’s because in 1953, no one wore headphones, including me. That’s why I now wear hearing aids, and still can’t hear anything.) In all cases, the magnum humiliated the ’06. Roy claimed that his .300 would stop any charging animal with one shot, and because of its extreme velocity, a hit anywhere resulted in an “instant, painless death.”

I knew, then and there, that I had to have a .300 Weatherby Magnum. However, there was a wait involved because a Mark V Weatherby cost $270, and I was unable to accumulate that much until 1965, when I got one with a lovely honey-colored stock, and I still have it.

Then there was another interval, this time until 1981, when I went to Zambia for roan and sable, and to Montana for elk, for this is the true métier of the .300 Weatherby—big, tough animals and long range.

The .300 was not the first of Weatherby’s cartridges, and it was not his favorite (the .257 had that honor) but it became the most popular, and is the flagship of the Weatherby cartridge line. It’s a .300 H&H blown out and given a radiused shoulder which, despite its sensuous curves, is quite sharp.

Weatherby was a super salesman, but he was also dead serious about his rifles and ammunition delivering what they promised. His basic .300 load was a 180-grain bullet at 3,150 fps out of a 24-inch barrel, and what he promised, he delivered.  From the 1940s into the 1990s, Weatherby was probably the only maker of rifles and ammo whose chronographed velocities were the same as what you saw printed on the box. (Fifty years ago, I had access to one of the very early Oehler chronographs, and I’ve been chronographing ever since, so I know whereof I speak.)

I’ve seen the .300 Weatherby loaded with 150-grain bullets at 3,400 fps, and 165s at 3,300 fps, but these are of little use in real life since all that light-bullet speed goes away very quickly. As we now know, it’s heavy bullets that pack the pork at long range, and the two weights that make sense in this cartridge are 180 and 200, and of these, I vote for the latter.

My most recent .300 Weatherby was an AccuMark with a 26-inch barrel, and the load I settled on was a 200-grain Nosler Partition at 2,950 fps. It did not depart the bore breaking the magical 3,000 fps mark, but it did shoot way under a minute of angle, and the bullets refused to drop very much. The momentum developed by a 200-grain .30-caliber bullet is something to behold.

The .300 Weathereby is very, very old (I am older, but not by much), but as a long-range hunting cartridge, I have yet to see anything beat it. The .300 Win Mag is more accurate, but lacks its knock-‘em-flat horsepower. The terrifying .30/378 has more punch and a flatter trajectory, but do you really want to shoot it? I have, and do not intend to do so again.

The .300 Weatherby is way too powerful for an all-around rifle. However, hunters have used it as such, and it will do the job. The most beat-up sporting rifle I’ve ever seen was a .300 Mark V that belonged to C.J. McElroy. With it,  McElroy took 350 species of animals and won the 1989 Weatherby Award. The rifle looked like it had been dragged up Mt. Everest on a climbing rope and then thrown off the summit.

The quickest, deadest kill I’ve ever seen was produced by the .300 Weatherby I took to Zambia in 1981. I was hunting with PH John Knowles and his head tracker Shemu, and as is the practice on safaris, I sighted in the rifle and then we went looking for a non-costly animal so they could see whether I could shoot or not.

We found a hartebeest (about 350 pounds) that was some 200 yards off, and I lay down on a hillock that would give me a prone shot, having carefully checked first for serpents (as it turned out, the only prone shot I’ve ever gotten in Africa). I lined the rifle up and shot and as the report died away, there was a deafening silence. John and Shemu were wearing long, long faces.

“No,” I said, “the crosshairs were right on the center of his chest. Let’s go up there.”

Since I was bwana wa safari and my word was law unless it had to do with something important, we went to where the hartebeest had been standing. There he was, hit in the middle of the chest. He had gone down so fast that neither man, both of whom had watched thousands of animals expire, had been able to see it, and assumed he had run off.

Roy Weatherby would have been pleased.

I sure as hell was.