The Creed is as versatile as it is effective. Follow this guide to pick the best 6.5 Creedmoor round for hunting everything from varmints to deer, elk, moose, and more 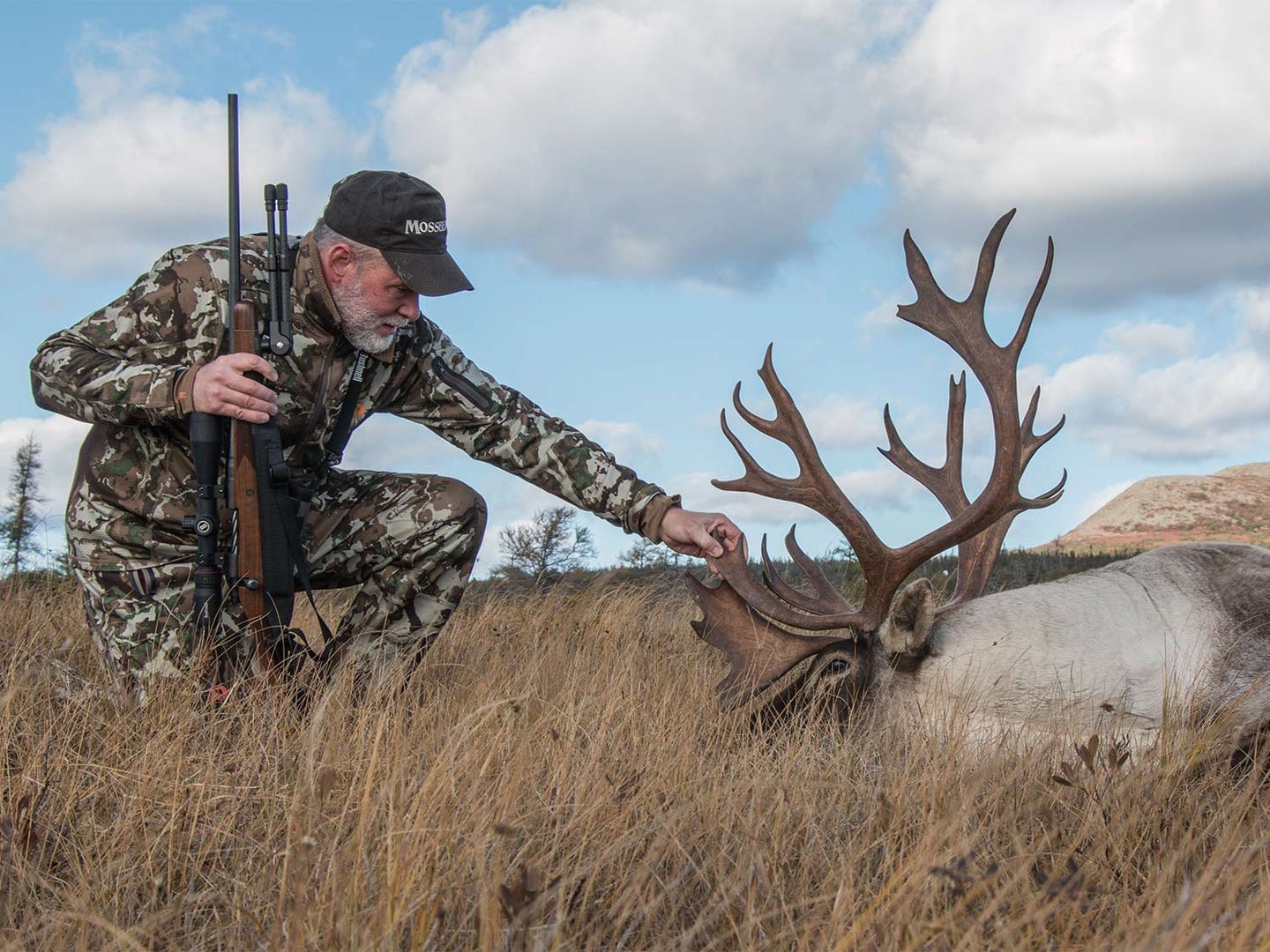 The author took this Newfoundland caribou (and a moose on the same hunt) with a 6.5 Creedmoor. Richard Mann
SHARE

No matter what you read in the sporting press or hear around the gun counter, the 6.5 Creedmoor is not a giant killer. It’s not Thor’s hammer or a Storm Trooper’s blaster. What it is, is a very flat-shooting, light-recoiling, yet hard-hitting cartridge capable of handling non-dangerous game all over the world. That makes it well-suited to all sorts of hunting and all sorts of hunters.

The 6.5 Creedmoor works astoundingly well on varmints, feral hogs, pronghorn, whitetails, mule deer, black bears, and even on animals as large as kudu, elk, and moose. Here are five of the best factory hunting loads currently offered for the 6.5 Creed. I have field tested every one and can tell you from experience that they work when and where it really counts.

Best Use: Varmints and predators

It was so cold, about 15 minutes was all we could stand at each calling location. As it turned out, we only needed 10. We saw the two coyotes coming from 300 yards out, and then they stopped across a narrow Wyoming canon at about 150. The 95-grain V-Max bullet just about exploded the big male. The female ran but made the mistake of stopping to look back, and the second V-Max dropped her stone dead. The 6.5mm 95-grain V-Max bullet might seem a bit large for varmints and predators, but with impact velocities higher than 2800 fps from this Varmint Express round, it is ultra-explosive. It won’t leave your pelts looking pretty, but it will put vermin down instantly with recoil light enough to help you make those fast follow-up shots.

Solid-copper bullets retain most of their weight, penetrate deeply, and do less damage to pelts. The great thing about this Barnes VOR-TX LR load is that it shoots fast and flat for open country coyote or varmint hunting, but it also expands and drives deep enough for larger game, too. It’s a great double-duty load for predators and deer-size big game. A whitetail doe that snuck into a field at 210 yards proved it. The bullet entered on the point of the shoulder, demolished the bone, pushed through the chest cavity, and made a neat little exit hole on the other side. She crumpled into a heap where she stood.

Best Use: Deer, near and far

Generally speaking, you’ll find the best balance of external and terminal ballistics with mid-range bullet weights. In 6.5mm, mid-range is between 120 and 130 grains. With a ballistic coefficient of 0.510 and a muzzle velocity of 2850 fps, the Elite Hunter Tipped load from Sig Sauer is designed for flat trajectories. Combine that with a gilding-metal bullet jacket and a lead-alloy core optimized for expansion at both fast and slow impact velocities, and you have an excellent all-around deer hunting 6.5 Creedmoor load. Tested in blocks of clear ballistics gel, this bullet reliably delivers more than double-diameter expansion, near 80 percent weight retention, and more than 20 inches of penetration.

Designed to deliver terminal performance on par with the famed Nosler Partition while being as flat-shooting and accurate as the company’s Ballistic Tip, the Nosler AccuBond is one of the best all-round big-game bullets ever made. With a core bonded to the jacket, the AccuBond retains weight well for deep, bone-crushing penetration, yet it deforms with a wide frontal diameter to create massive wound cavities. This load helped me collect a nice woodland caribou at 250 yards, a 350-pound black bear at 65 yards, and a bull moose at 318 yards, while completing a Newfoundland Grand Slam in five days.

Read Next: 6.5 Creedmoor: The New King of Cartridges?

Best Use: Long-range hunting for deer-size animals and up, including African plains game.

The crosswind was upwards of 20 mph and the blesbok was just on the other side of 500 yards. My wind call was off, and the bullet passed just in front of the big ram’s nose. I gave my son an adjustment, and he held accordingly and pulled the trigger. Six-tenths of a second later the ram was lying in the red dirt of Africa. The Hornady ELD-X was one of the first bullets specifically engineered to deliver extreme accuracy and good terminal performance up close and at distance. The magnificently high BC allows the bullet to reach distant targets sooner, allowing less time for gravity and wind to deviate its course. The tapered jacket and lead core help guarantee wide expansion at muzzle velocity and when impact velocities are as slow as 1600 fps, making it a highly versatile option.