Yes, the .30-30 is old. But it's far from forgotten and still highly useful. Here are best rifles, new and used, chambered for this classic cartridge 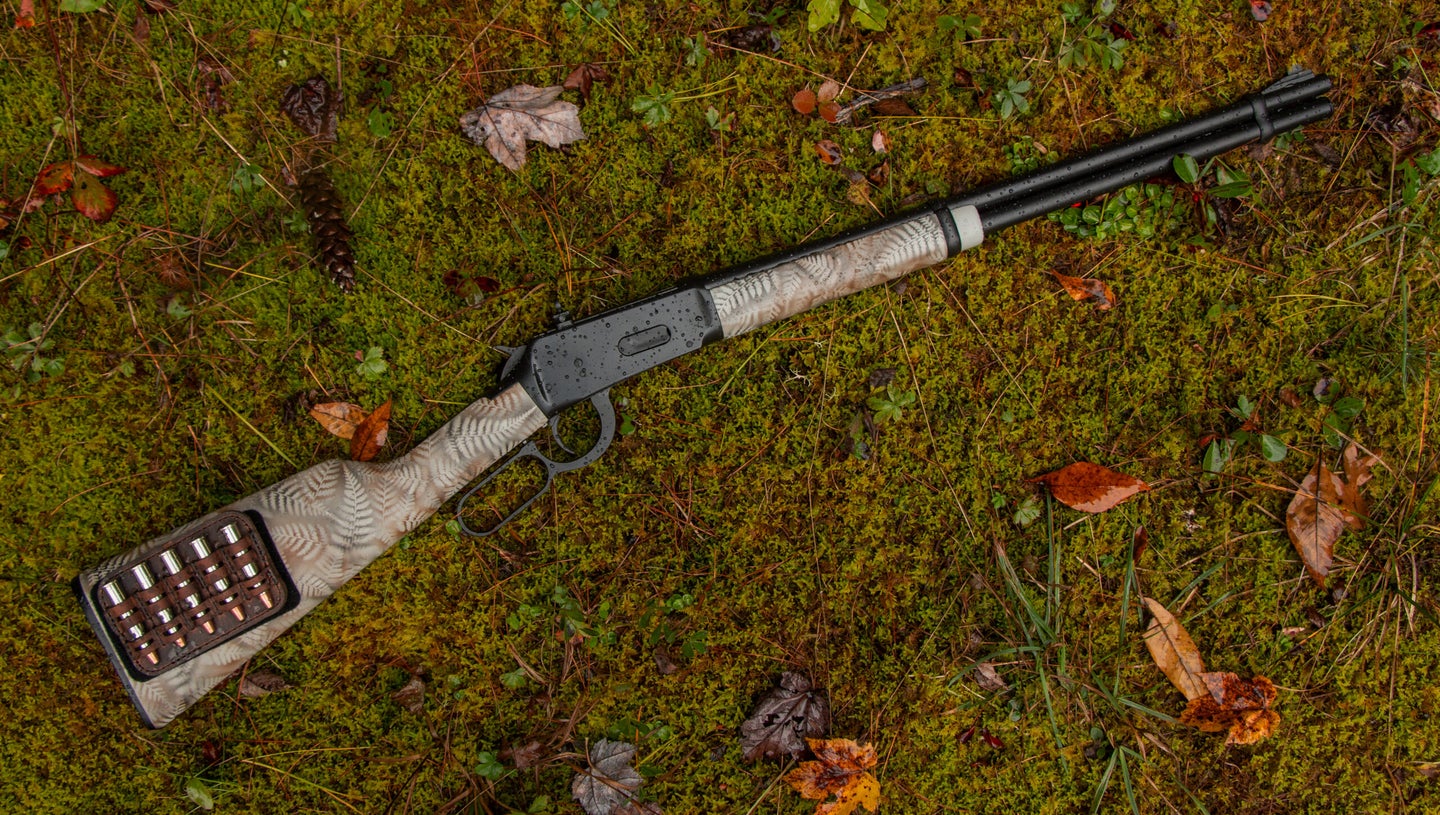 As America’s first smokeless cartridge, introduced 1895, the old .30-30 is not just old—it’s the oldest, as modern American cartridges go. And yet it remains as effective as ever. In fact, with today’s loads, the .30-30 is a better coast-to-coast big-game cartridge than at any other time in its history. I’ve even used it on African plains game. So why not get a rifle in .30-30? Its only real limitation would be reach, as the cartridge is best used inside 200 yards. But if you know how to hunt—and shoot—that’s rarely a problem. The .30-30’s combination of lethality, low recoil, and the fact that it is usually chambered in handy guns is what has made it one of the most popular and trusted big-game cartridges of all time.

When most people think of the .30-30 Winchester, lever-action rifles pop to mind. The cartridge did, after all, get its start with the Winchester 1894. But .30-30 has also occasionally been offered in bolt-action and single-shot rifles. These days, with Marlin currently rebuilding under Ruger management, you’re options for buying a brand-new .30-30 come from Winchester or Henry. Those are both fine options, but there are also thousands of great used .30-30 rifles out there. It’s almost impossible to look on the Internet or visit a gun shop and not see several for sale. But before you buy, take a close look at this list of the best .30-30 rifles.

There’s no rifle on the planet that feels and handles like a 94. Its slim and trim and seems to just want to jump to your shoulder. And if it weren’t for the 94, there might be no .30-30. The cartridge debuted with the rifle, and now it’s hard to think of a more American combination. The gun was an immediate hit. It offered fast, repetitive fire in a handy package and became so ubiquitous that it has, by now, bee everywhere and done damn near everything.

Winchester has offered Model 94s chambered for the .30-30 Winchester in countless configurations. Some were plain, some were fancy, some had short barrels, others had long barrels; millions have been sold. But in 2006, American production ceased. Now all 94s are made in Japan. That said, they are made quite well. Currently five versions are offered, with barrels from 20 to 24 inches and prices ranging from $1,300 to $2,230. If that more than you want to pay, your best option is a used 94. Excluding fancy or highly collectible pieces, prices will be between $500 and $1,500. The Winchester 94 ejects from the top of the action, which limits riflescope attachment. A later version with what Winchester called “angle-eject” is a bit more scope friendly. The 94 is not the best rifle ever made, but it is a rifle I think everyone should have at least one of.

Though it lacks the cowboy appeal of the Winchester 94, the hammerless 99 is arguably the greatest lever-action rifle ever produced. Ultimately discontinued in 2003, the rifle’s unique five-shot rotary magazine—later converted to a detachable magazine—and its suitability for scope mounting are what really set these lever-guns apart. Also, as with bolt-action and single-shot 30-30’s, the 99’s magazine allowed handloaders to use pointy bullets in the .30-30.

Prices for used 99s are all over the map. Some models were very plain while others were factory engraved with exquisite wood. Takedown versions were also offered. You might find one in a yard sale for a fraction of what it is worth, while at the same time others can bring thousands of dollars. The 99 has become a highly collectible rifle, so you need to be wary when buying; many have been re-barreled and refinished and may not be completely original. That may not affect functionality, but you can end up paying a lot more for a 99 than what it’s worth. For a good-looking and mechanically sound Savage 99 in .30-30 Winchester, expect to pay between one and two grand.

Introduced in 1948, America’s other famous lever gun is the Marlin 336. An updated version of the Model 36, the primary difference between the Marlin 336 and the Winchester 94 was that the Marlin ejected from the side. This made it a natural for scope mounting. A version of the 336 known as the Model 30 Glenfield was also offered. It was essentially the same rifle with more rudimentary sights and a hardwood stock. Many Glenfield’s were sold through chain department stores. When Marlin and their parent company Remington when bankrupt in 2020, production of the 336 ceased. Marlin was acquired by Ruger, which reintroduced the Model 1895 SBL this year, and if we are all lucky, will soon resurrect the 336 as well.

As with Winchester 94s, there are plenty of 336s on the used market, in a wide variety of styles. Depending on condition, variation, and year of manufacturer, 336 prices can range from $500 to $2,000, with “JM” marked, pre-Remington Marlins costing the most. The lever guns have also become very popular for customization, with features like scout scope rails, AR-style handguards, and even takedown versions. Where deer hunting timbered ridges and brushy draws is common, you’ll find a happy and successful hunter toting a 336. That’s something that’s likely to never change.

Offered in various configurations between 1950 and 1985, the 340 was a bolt-action .30-30 Winchester. It was a very utilitarian type of rifle, but some of the nicer versions came with a peep sight. To my knowledge, all 340s had a black walnut stock, and some of were drilled and tapped for a side-receiver scope mount. For a time, and possibly starting Savage’s tradition of “packaged rifles,” Savage even offered a scope mount and an inexpensive scope with the rifle. All 340s chambered for the .30-30 Winchester were fed from a detachable three-shot magazine, and many were sold through department stores like Sears under a different model name.

These rifles are reasonably easy to find on the used market, with prices ranging between around $400 to $700. An earlier version known as the Stevens Model 325 had a cool-looking European-style butterknife bolt handle. Though by modern standards these rifles look a bit archaic, they were well-made and most have aged very well. The 340 offers the advantage for handloaders to use traditional spire point bullets in the .30-30, which can increase the cartridges external and even terminal ballistics. These rifles were never thought of as attractive, but they have a good reputation in the timber. A 340 would make a great rifle for a new deer hunter.

The Model 700 is Remington’s flagship bolt-action rifle, but Remington’s Model 788, which was introduced in 1967 and offered until 1983, was a much more affordable rifle with a reputation for fine precision. Other than its no-frills look, with less-than-spectacular bluing and a birchwood stock, the main difference between the 788 and the 700 is the action. The 788 feeds from a three-shot detachable magazine and utilizes a bolt with rear-locking lugs. This made the bolt seem a bit sloppy during cycling. A high-school friend of mine bought one and though it was a tack-driver, but his mother thought the unusual bolt made the rifle cheap. She made him take it back.

The 788 was inexpensive—but not cheap. And it was chambered for the .30-30 Winchester from 1967 until 1970. If you want a bolt-action .30-30 Winchester, this is the rifle to hunt for. I’ve seen prices on used 788s in .30-30 as low as $500 and as high as $1,200. With no real collector value, they would make a great youth rifle, where you could cut the stock to fit, and even shorten the barrel if necessary. They can be turned into wonderfully compact and lightweight rifles. My son shot his first deer with a custom 788 chambered for the .25-35 Winchester, which was a cartridge based on the .30-30.

In 1966 Ruger introduced their No. 1, a hammerless, Farquharson-style falling-block rifle. Since its introduction, the No. 1 has been offered in more than 50 different chamberings, including the .30-30 Winchester. With its rimmed case, the .30-30 cartridge was ideally suited to this type of action, which would also allow the use of pointed bullets, and was strong enough for handloaders to slightly boost performance.

If you want an elegant and unusual .30-30, look no further than the Ruger No. 1. However, if you want one, you’re going to have to look hard. Not many were made, and the ones that were don’t seem to pop up for sale very often. If you do find one in good condition, expect to pay between $1,500 and $2,000. They are fabulous rifles.

Henry offers the only currently produced American-made, lever-action, .30-30 rifles. Henry is also America’s largest producer of lever-action rifles. And, when it comes to the .30-30, they have several to choose from. Their Steel Lever Action Side Gate is the most affordable and comes in two configurations. One comes with a standard lever and the other has a large loop lever. Both retail for right at a grand, are drilled for scope mounts, have American walnut stocks, and lack the cross-bolt safety on recent Marlin and Winchester lever guns that traditionalist hate.

Henry lever-guns in .30-30 Winchester are also unique in that while the tubular magazine can be loaded in the traditional manner through the side gate, just as with tube-fed rimfire rifles, they can also be loaded through a port in the magazine. Though unnecessary, this redundancy does permit much easier and safer unloading because the cartridges do not need to be cycled through the action. Henry offers other .30-30 lever guns including one with a color case hardened receiver, one with a stainless-steel receiver, and one with a hardened brass receiver. Though these three versions tend to cost a bit more.

Read Next: The 8 Best Lever Action Rifles Ever Made