The Perfect Shotgun Is a 12-Gauge That Carries Like a 20. Here’s are 16 Great Options

You don't have to choose either lightweight or hard-hitting. You can have both with these new and used easy-carrying 12-gauge shotguns 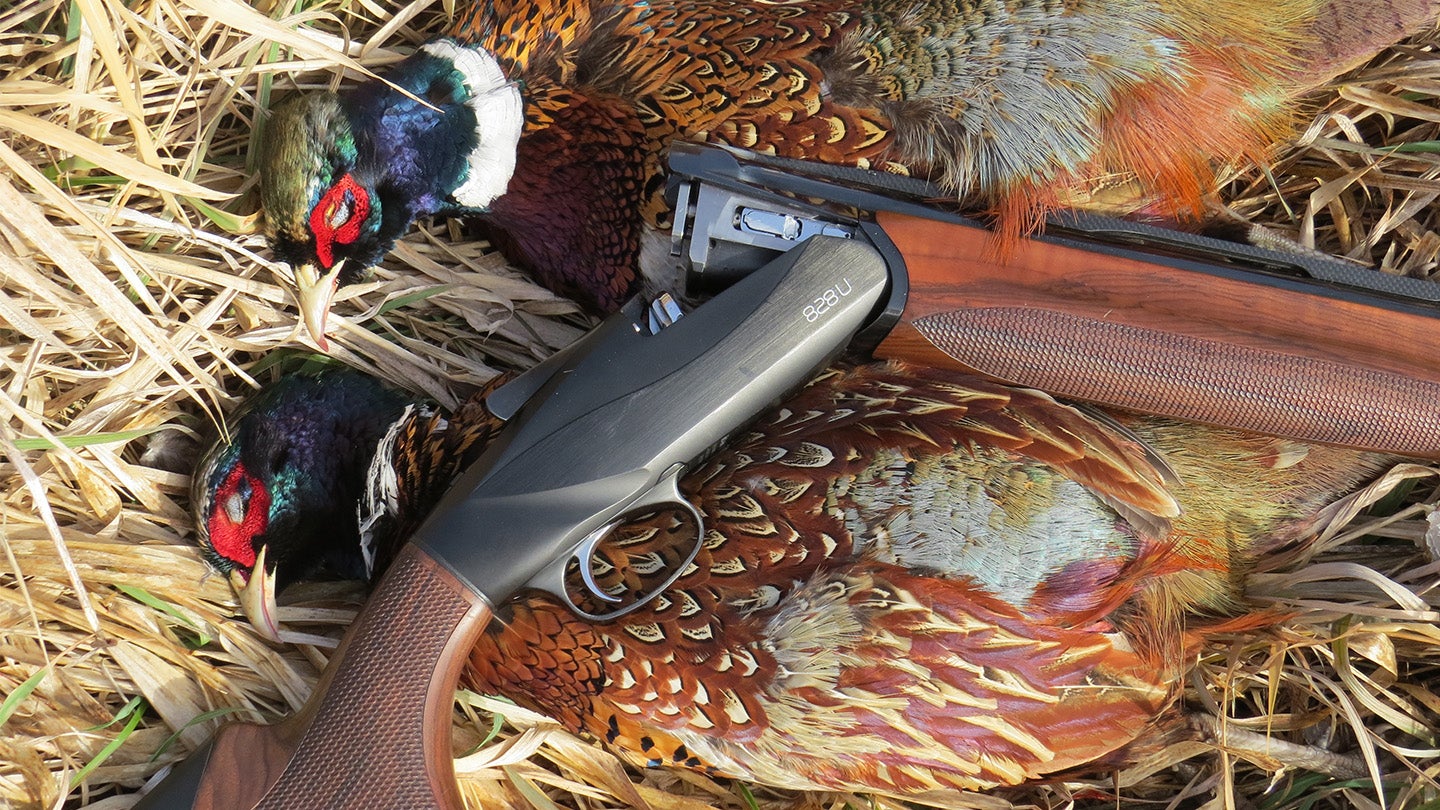 A lightweight Benelli 828U 12-gauge O/U with a pair to roosters taken by the author. Phil Bourjaily
SHARE

Americans love small-gauge guns. They’re light, trim, and easy to carry. But there are some pretty big tradeoffs to going small. First and most important is that small-bore shotguns simply can’t shoot as much shot as a 12-gauge can. The latter delivers heavier payloads and offers greater pattern efficiency, both of which go a long way toward dropping the thing you’re shooting at. Sub-gauge fans will tell you that it doesn’t matter, because they can get their light guns on game faster, and they claim to shoot better because they aren’t fatigued from carrying extra weight. That’s a stretch, frankly. (Timed shooting tests that I’ve conducted for F&S indicate that hunters actually shoot heavier guns faster.)

In any case, if you want to carry a light gun, the real answer is to have your cake and to eat it, too. Because you can. Find a lightweight 12-gauge and you’ll have the best of both—a gun that’s easy to carry and hits hard. You’ll have to load it sensibly, as it won’t have the heft to soak up lots of recoil, but I have shot plenty of 1330 fps, 1¼-ounce 12-gauge loads out of light guns in the uplands, and it hasn’t bothered me a bit. Anything more than that might hurt.

A lightweight 12 is no mythical unicorn, either. If you agree that any 12-gauge gun under 7 pounds counts as “lightweight,” then are lots to choose from, both new and used. Here are 16 great options, the first of which actually covers scores of guns.

This first option isn’t a gun but a whole class of guns, and one that any hunter interested in a light 12 should look at very closely. In England and on the European continent, 12-gauge doubles typically weigh under 7 pounds and can often can be as light as 6 or 6½.  Better yet, they don’t command the high prices of smaller gauges and are probably the best buy on the used double-gun market right now. For instance, my 1940 J.P. Sauer 12 (shown above) has 28-inch barrels and weighs 6 pounds, 11 ounces, and I picked it up for much less than the price of a new double. Likewise, F&S senior editor Matthew Every recently scored a deal on a William Ford 12-bore made in Birmingham in 1939. Reproofed for 2¾-inch shells, it weighs 6 pounds, 14 ounces with 28 inch barrels. There are lots more like these out there, and some weigh much less.

While the regular 12-gauge Superposed weighs around 8 pounds, the straight-gripped, all-steel Superlight is only about 6 pounds, 10 ounces. Browning also made some steel-framed Superlight Citoris. The Belgian guns sell for around $3,500, while the Citoris can be had for much less.

Ruger’s shortlived double gun was beset with problems, one of which was that the company introducing it as a 12-gauge, turning off its target audience of upland hunters who complained that it wasn’t a 20. They missed the point entirely. A 6½-pound 12-gauge with the trim lines of a round action, the Gold Label may be the closest thing to an English gun ever made in this country, and it’s a great hunting gun.

Made for only a few years, the Featherweight tips the scale at about 6½ pounds with its ribless barrel. The forends are prone to cracking, but that shouldn’t stop you from buying one if you find it, and you sometimes can for under $700.

There have been a few lightweight 12-gauge semiautos, including the weird and very light Winchester Model 59 with its steel, core-fiberglass-wound barrel and external chokes; the long-recoil Franchi AL-48 that kicked horribly; and, my favorite, the Browning Double Automatic. A two-shot, short-recoil-operated semiauto, it came in a standard steel frame model, an alloy “Twelvette” (mine weighed about 6-1/2 pounds with a plain barrel and was great for pheasants), and the 6-pound “Twentyweight.”

As big a fan of the Browning Double Auto as I am, I’ll still admit that Benelli’s 6-pound UltraLight may be the best lightweight 12-gauge semiauto of them all. A shorter magazine tube, carbon-fiber rib, and 24-inch barrel keep the weight down to 6 pounds. It’s a terrific gun for long walks in heavy cover and deadly on going-away birds, if not quite so perfect for crossers.

It’s not billed as a lightweight gun, but my 3½-inch, 12-gauge A5 weighs just 6¾ pounds. Yes, 3½-inch recoil is brutal in this gun, but it’s mannerly enough with normal hunting loads, and it carries easily should I ever want to press it into upland service.

You don’t have to pay a lot for a light semiauto. Trim and about 6½ pounds, the Turkish-made SA-08 is low-tech (it comes with two pistons, one for heavy loads, one for light), high-value ($499), and I’ve never heard anybody who owned one say a bad word about it.

Alloy-frame break-actions had their first moment in the 1930s, and they’ve become popular, lightweight guns in the 21st century, too. The 555 is listed at 6 pounds, 3ounces in 12 gauge, and it’s a good-looking tun too. It’s Turkish-made, has extractors in place of ejectors, and is very affordable.

Trimmer and lighter than the standard Citori, the  Feather version of the 725 gets lighter yet—about 6½ pounds in 12—with an alloy frame. Browning’s Inflex pad works, too, and takes some of the sting out of heavy loads.

An alloy frame shaves nearly a pound of the weight off the Tempio, bringing it down to just 6 pounds in 12. You get the same elegant lines, gold game scenes, and scroll engraving as the steel-framed gun, and a lot less weight to carry.

Benelli’s outside-the-box O/U features an alloy frame, carbon-fiber rib, and no mid-rib. It comes with shims and an effective recoil reducer in the stock. Weighing around 6¾ pounds in 12, it’s an easy gun to carry but is heavy enough to shoot well.

A bare-bones simple, extractor O/U with an alloy frame and no mid-rib for lighter barrels, the 6-pound, 26-inch barreled Upland Ultralight saves weight without unduly lightening your bank account. There’s also an All-Terrain version of the same gun with 28-inch barrels, extended chokes, swivel studs, and clever magnets in the extractors to keep unfired shells from falling out.

The SXP is one of the slickest and lightest-weight pumps on the market, and you can buy a 24-inch-barreled model to save more ounces.

The Instinct is a good value in an Italian O/U, and the alloy-framed SL version weighs a little over 6¼ pounds in 12, with a 2¾-inch chamber and 28 inch barrels.