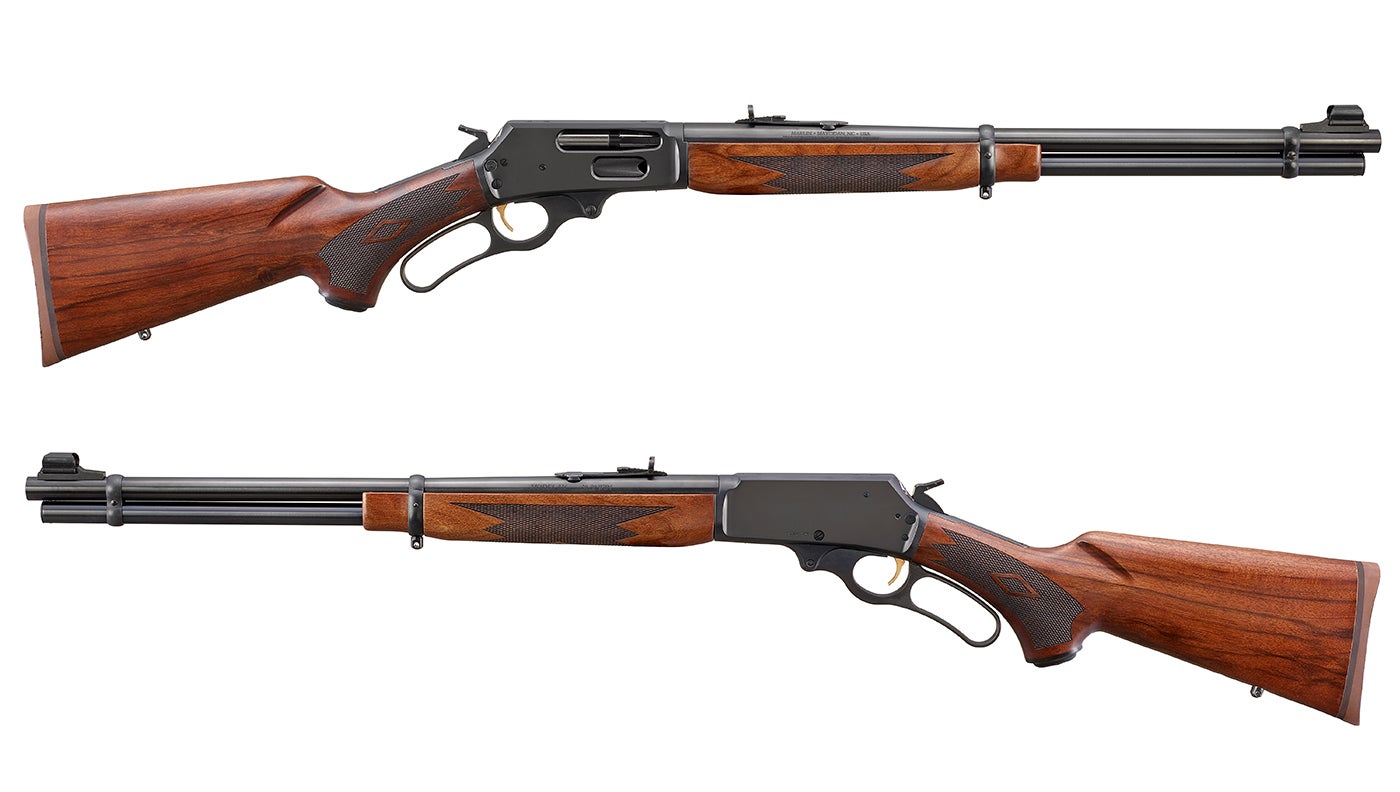 The new Ruger-made Marlin 336 Classic should be available in early 2023. Ruger/Marlin
SHARE

One of the most talked-about rifles at last week’s 2023 SHOT Show has been talked about off and on since about 1948—or since 1893 if you want to count its predecessors. The Marlin 336 lever gun is back, thanks to Ruger, and I got to shoot one at Range Day. I’ll be wanting to shoot it a whole lot more in the near future, but my first impression is that Ruger has gotten it right, which is no small thing.

I’d probably argue that the .30-30’s reputation for having killed more whitetails than any other caliber is probably overblown, but just the same, the Marlin 336 is one of the two iconic American lever-actions chambered for that cartridge and significantly responsible for that rep. The other, of course, is the Winchester Model 94.

You can count me among those who’ve always preferred the Marlin over the Winchester, practically speaking anyway. The Model 94 is a cooler rifle that’s better looking, more fun to shoot, and easier to carry in a scabbard—but with side ejection and a flat receiver that’s drilled, tapped, and designed for a scope base, plus a walnut stock with a pistol grip, the Marlin is more at home in a ladder stand.

I’ve got an original, JM-stamped 336 of my own, chambered in .35 Remington, but the .30-30 versions were far and away more popular in the Kentucky deer camps I frequented as a kid, and I remember when they were sold in just about every Wal-Mart around. While I do suspect that the .30-30’s reputation as a whitetail killer may be overblown, I’ll admit that most of my hunting buddies, as kids, killed their first deer with a 336 in .30-30. Who the hell knows what the truth is?

I do know that like any reasonable American deer hunter, I like lever-action rifles, and while I was sad to see the Marlin of old close shop, I have been encouraged by the new guns being produced under Ruger’s ownership. The various 1895s in .45-70 have certainly gotten good marks, but I’ve really been waiting to see an updated 336 (and an 1894, which is coming later this spring).

Return of a Classic: The New Marlin 336

I got to shoot a half dozen rounds through the brand-new Marlin 336 Classic during Range Day at the SHOT Show, and I was impressed. Though it does say Marlin on the side, it was in the Ruger booth, and it has the quality you’d expect from the latter brand. The test rifle I shot, which was wearing open sights, was easy to hit with, felt solid and tight, and looked just like a later-model 336 with a cross-bolt safety, checkering on the walnut stock, and 20.25-inch barrel. It has a 6+1 round capacity, and along with the classic .30-30, it will also be chambered in .35 Remington, as I understand it. That’s good timing, since a couple major ammo makers (Federal and Remington) are again loading that classic cartridge. New 336s are set to become available in early 2023, and prices are TBD. I’m looking forward to giving one a real test, but what I can say for now is that with the currently available 1895s and this latest reintroduction, Ruger seems to be serious about restoring Marlin’s classic lever guns to their former glory.