Is the new Remington Core-Lokt Tipped better than the original? We tested them side-by-side to find out 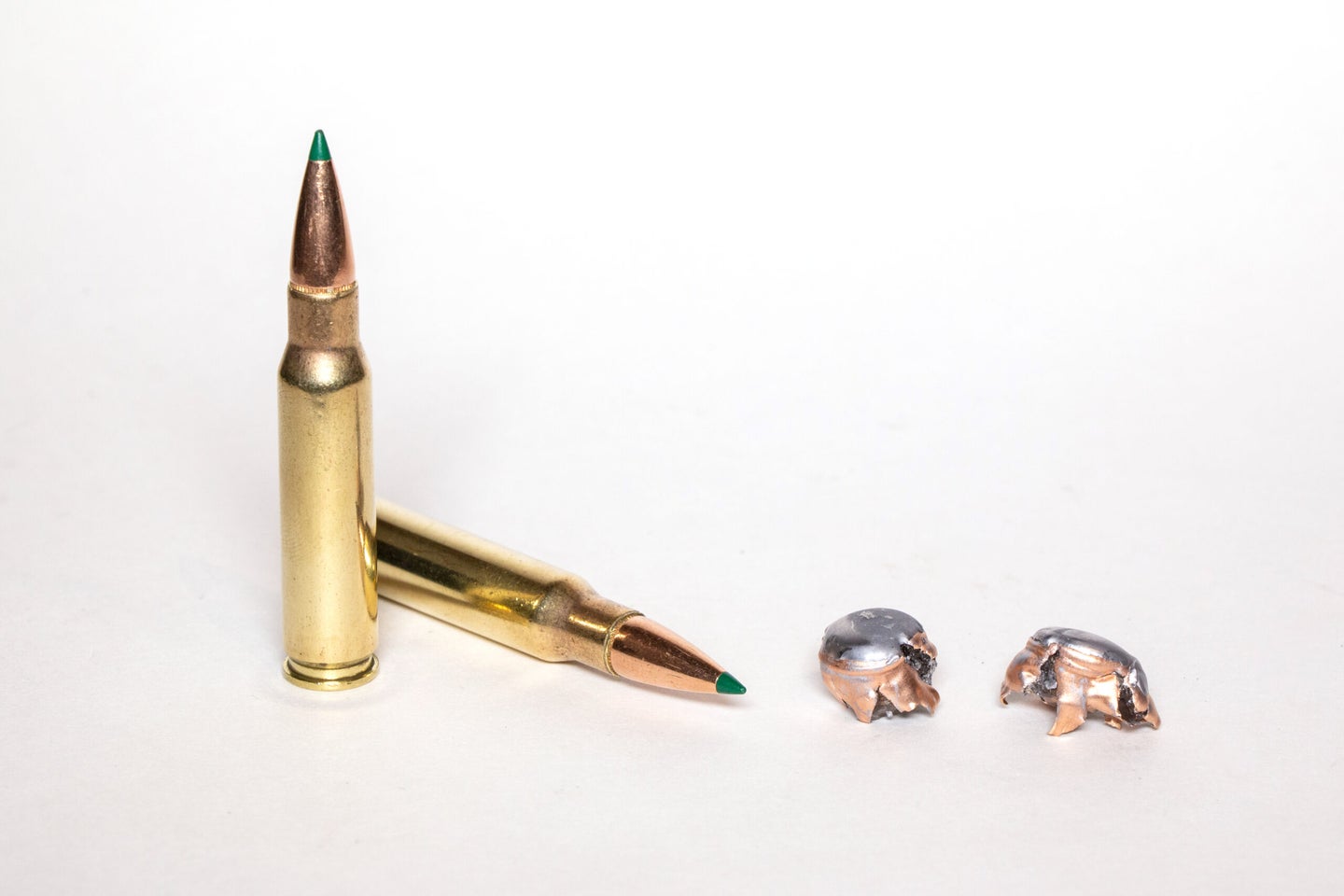 What kind of terminal performance can you expect of the new, flatter-shooting, tipped version of the Remington Core-Lokt? The same as you would expect from the original. Richard Mann
SHARE

He said, “Remington will continue to innovate and offer premier, performance, and price-competitive products in the marketplace for all types of ammunition and for every pursuit.” Remington’s new Core-Lokt Tipped line of ammunition would seem to suggest Vanderbrink was telling the truth.

In 1939 Remington introduced the Core-Lokt big-game bullet. Some speculate that in the 82 years since then, Core-Lokts have taken more big-game animals—especially deer—than any other bullet. I’m not sure how that could be proven, but I’d wager it is very likely. The “deadliest mushroom in the woods,” as Remington advertisements often identified the Core-Lokt, has for sure killed lots of animals. And a Core-Lokt from a .308 Winchester accounted for one of my best whitetails ever.

What made the Core-Lokt so effective is the same thing that gave it its name. The bullet’s lead alloy core is mechanically locked to its gilding metal jacket. The lock is accomplished by tapering the jacket and creating an internal cavity that’s sort of shaped like an hourglass. As the bullet deforms or crushes during penetration, the front of the jacket and the core peel back and erode. The tapered jacket stops deformation—or expansion if you prefer to call it that—and you have the original controlled-expansion bullet.

What The Core-Lokt Tipped Offers Compared to the Original

With the new Core-Lokt Tipped, all the new Remington really did was alter the original Core-Lokt bullet to accept a polymer tip. Polymer-tipped big-game bullets have become very popular because they protect the bullet meplat—tip—from damage. Damage to a bullet’s tip can erode ballistic coefficient (BC) and accuracy. Also, because polymer tips streamline the bullet’s shape, they increase the BC. As a comparison, a standard 150-grain .30-caliber Core-Lokt bullet has a BC of .314, and the new Tipped version has a BC of .480. With a muzzle velocity of 2800 fps at 300 yards, that difference equates to 3.3 inches less drop and 5 inches less drift in a 10-mph crosswind. As the distances increase, so does the advantage of the tipped version.

Core-Lokt Tipped vs. The Original: Accuracy/Precision

But a flat-shooting bullet isn’t the only thing that matters to hunters. They also need bullets to be accurate and provide lethal terminal performance. Ballistic calculators cannot predict either; the only way to discover both is with testing. So, that’s what I did. I had already gathered data on a 150-grain standard Core-Lokt with one of my 24-inch barreled .308 Winchester rifles. So, I used that same rifle to test the new 150-grain, .308 Winchester Core-Lokt Tipped.

The new Tipped load averaged just under an inch for three, three-shot groups. The standard Core-Lokt bullet had turned in an average of about a dime’s thickness more than an inch. Of course, this is only an example of one rifle. Rifles tend to be very picky when it comes to which loads they shoot well. Still, it would appear the new Core-Lokt Tipped bullet shoots as well as if not better than the original.

Core-Lokt Tipped vs. The Original: Velocity

For all practical purposes, both loads delivered the same velocity. The standard Core-Lokt had averaged 2809 fps for 10-shots and the new load averaged 2794 fps for 10 shots. That’s an inconsequential difference of only 15 fps. In most cases, even the best ammunition you can buy will vary more than 15 fps from shot to shot.

Core-Lokt Tipped vs. The Original: Penetration

Both loads were tested in blocks of Clear Ballistics, which is supposed to simulate 10-percent ordnance gelatin. At 50 yards, with an average impact velocity of 2675 fps, the average of three bullets from each load fired into the test media showed a penetration variance of only a ½-inch. Average penetration depth for the original Core-Lokt bullet was 18.5 inches, and the average penetration depth for the Tipped Core-Lokt was 18 inches.

What was really surprising was that when all of the recovered bullets were looked at, measured, and weighed, they were nearly identical. Both the original Core-Lokt and the new Tipped version had an averaged expanded diameter of 0.54-inches. The average recovered weight of the original Core-Lokt was 105 grains and the average for the Tipped version was 102 grains. Again, an inconsequential difference.

Read Next: The 10 Best Rifle Bullets for Long Range Shooting

An 80-Year-Old Bullet Gets an Upgrade

Hunters should consider all of this very good news. Not only does it appear that under Vista Outdoors the new Remington has modernized and dressed up an 80-year-old bullet design, but the new bullet also shoots flatter and remains just as lethal as the original. Additionally, it means those who have depended on Remington ammunition for years can still expect the company to deliver the products they’ve grown to trust, and to offer newer and better options.