Without the right bullets, you won’t get very far. Each one of these projectiles is engineered for tight groups at long range 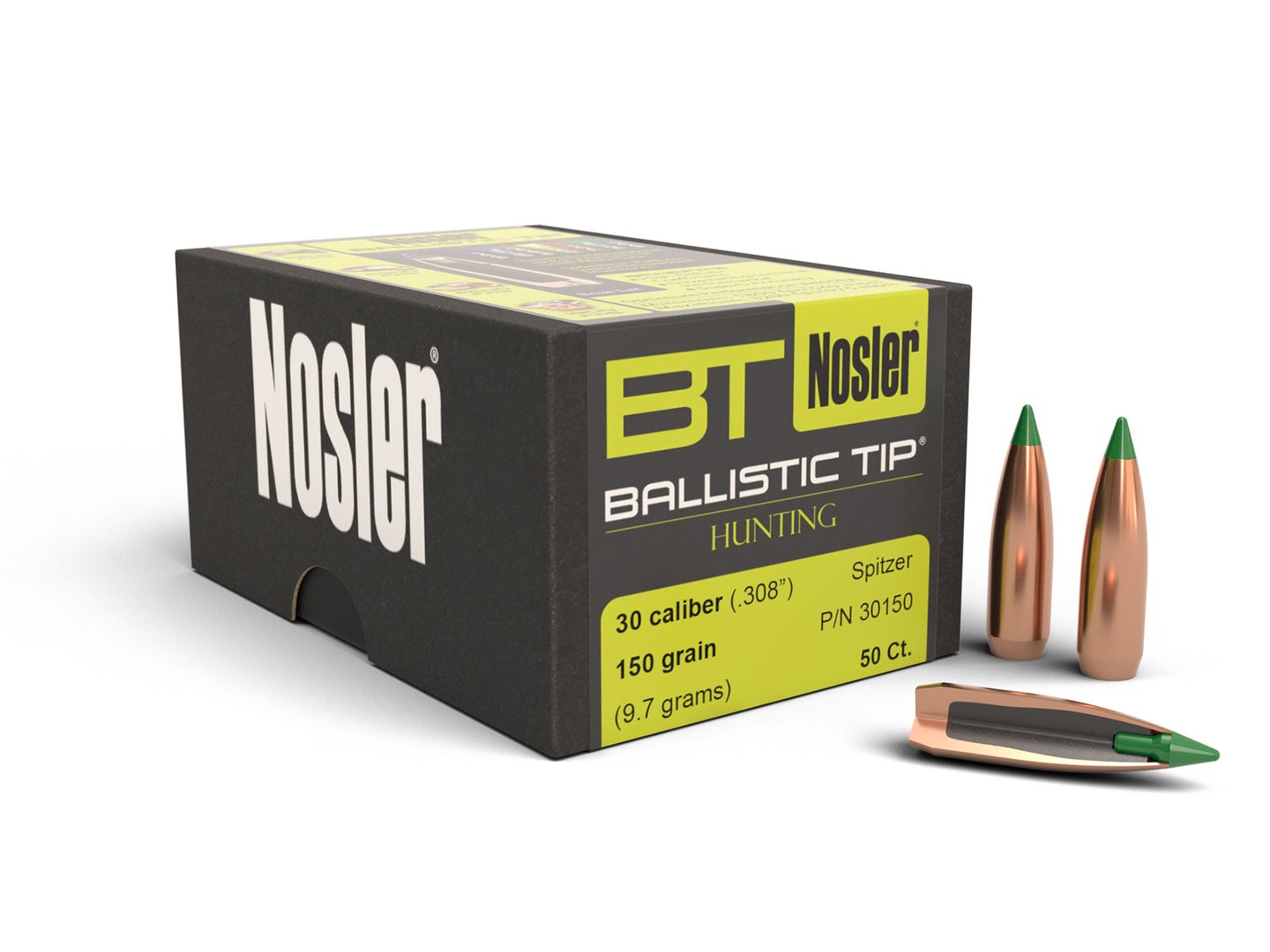 Getting consistent hits at extreme distances requires specialized rifles and optics. It also demands purpose-built bullets. All long-range bullets have three things in common: They’re long and slender; they’re built to stringent specifications with a high level of quality control; and they deliver ballistic coefficients (BCs) much higher than traditional bullets. And they come in two varieties: Those designed for hunting, and those designed for target shooting. Here are a dozen bullets to help you go the distance, whether your target is an animal or paper and steel.

The Sierra GameKing has been cleanly killing critters for many years. To enhance its long-range performance, Sierra has reengineered the GameKing by adding a hollow point and a resin tip. This aerodynamic tip enhances the bullet’s ability to resist gravity and wind, and it ultimately reduces flight times. In conjunction with the hollow nose cavity and a lead-alloy core, the tip optimizes penetration and tissue destruction over a wide range of distances. Sierra calls their new tipped GameKing bullet the GameChanger.

Along with offering many other premium bullets as factory-loaded ammuniton, Federal makes its own long-range bullet, the Edge TLR, which offers ideal close and long-distance terminal performance. It’s currently available in loaded ammunition and as a component for handloaders in .277, .284, and .308 calibers. For 2020, Federal will be offering a new line of ammunition called Terminal Ascent, which uses a bonded bullet with a solid-copper rear shank to penetrate deep on close targets, and a polymer tip to initiate expansion at velocities 200 fps slower than comparable designs. Terminal Ascent will be available in a wide range of cartridges—including the 6.5 Creedmoor, 6.5 PRC, .270 Win, .270 WSM, .280 Ackley Improved, 28 Nosler, 7mm Rem. Mag., .308 Win, .30-06, .300 Win. Mag., and .300 WSM.—and as a component for handloaders.

ELD-X stands for Extreme Low Drag eXpanding bullet. While the ELD-Match is made for competition, the ELD-X is built for killing. The same Doppler radar verified Heat-Shield Tip is unaffected by aerodynamic heating and retains its shape to offer some of the highest BCs you can find in a hunting bullet. These bullets will withstand high-velocity impact at close range and still deliver expansion at distances to and beyond 800 yards. With the jacket’s thick shank and the Hornady InterLock ring, you can expect 50 to 60 percent weight retention inside 400 yards and as much as 85 percent weight retention at greater distances.

For big-game hunters, the Nosler AccuBond might offer the best balance of terminal performance—expansion and penetration—that can be found. With the AccuBond Long Range, Nosler made some wise enhancements to make the bullet shoot flatter and hit harder at distance, while still delivering that legendary Nosler Partition-like lethality. It has a tangent ogive, tapered jacket, sleek boattail, and a bonded core that hides behind a grey polymer tip. AccuBond Long Range bullets will hold up to extreme, high-velocity impacts at close range, and still deliver expansion and penetration at crazy long distances.

Some hunters prefer a solid copper or solid gilding metal bullet. They like that they are lead free; that they retain 100 percent of their weight; and penetrate deeply. Additionally, in some locations, lead bullets are not allowed. If you’d rather use monolithic metal bullets, or if you are regulated to lead-free projectiles, this is the long-range bullet for you. The BC-enhancing polymer tip initiates expansion, and the LRX deforms with four razor-sharp petals that create a large frontal diameter. The Barnes Accu-Groove technology also means less fouling and less bore cleaning.

Inspired by Bob Beck, the host of the TV show Extreme Outer Limits, the Berger EOL was designed by noted ballistician and bench-rest shooter Bryan Litz. These bullets have extremely high BCs. They are also made with the longest possible hybrid ogive and are a tad bit heavier than common bullet weights associated with each caliber. Due to their size, in some cases, they will only work with custom rifles with longer-than-normal magazine boxes. They will also sometimes require a faster twist rate. This is a specialized bullet intended for a specialized purpose: killing big-game animals at extreme distances.

Sierra MatchKing bullets have a worldwide reputation for stellar accuracy and have probably won more target competitions than all other bullets combined. The new Tipped MatchKing is living up to that legacy. By adding an aerodynamic resin tip to the MatchKing, Sierra was able to reduce drag and produce a more favorable down-range ballistic coefficient. These bullets also feed very well from the detachable magazines being used by most long-range semi-auto and bolt-action rifles.

For the last several years, Hornady has developed some of the best long-range bullets on the market. Their new A-Tip bullet has a precision-machined, aero-ballistically-advanced aluminum tip, and the ogive (the curve of a bullet’s front section) and boattail are optimized for each caliber. They’re sequentially packaged and aren’t bulk washed after manufacture to protect their integrity. These projectiles even come with a polishing cloth.

Under the tutelage of Walt Berger—one of the best bench-rest shooters of all time—Berger Bullets established a reputation for creating some of the most accurate bullets ever produced. Their Hybrid Target design incorporates two different shapes within its nose. It starts as a secant ogive like their famous VLD bullet, but as you move toward the bearing surface, the bullet changes to a tangent ogive. This makes the bullet less sensitive to seating depth and makes load development much easier. Two weeks after its introduction, the Hybrid Target bullet began winning matches, and it continues to do so.

RELATED: Heavey Gets Schooled in Long-Range Shooting at Gunsite Academy

The ACE Match is only available in one caliber, and you might be wondering why this bullet is even mentioned. It’s really very simple. When fired from a .257 Creedmoor (a 6.5 Creedmoor necked down to .257 caliber) and mated with a 1-in-7 or 1-in-7.5 twist barrel, it will shoot flatter and hit harder than almost anything the 6.5 Creedmoor can launch. Built to maximize long-range performance for target shooting, Logan Schamburg from Blackjack bullets says the ACE Match bullet works very well on big-game animals too. It will also work with other .257 caliber rifles, as long as they are fitted to barrels with a very fast twist.