10 Rifle And Cartridge Combinations That Are Inseparable

Some hunting rifles and cartridges are just meant for each other 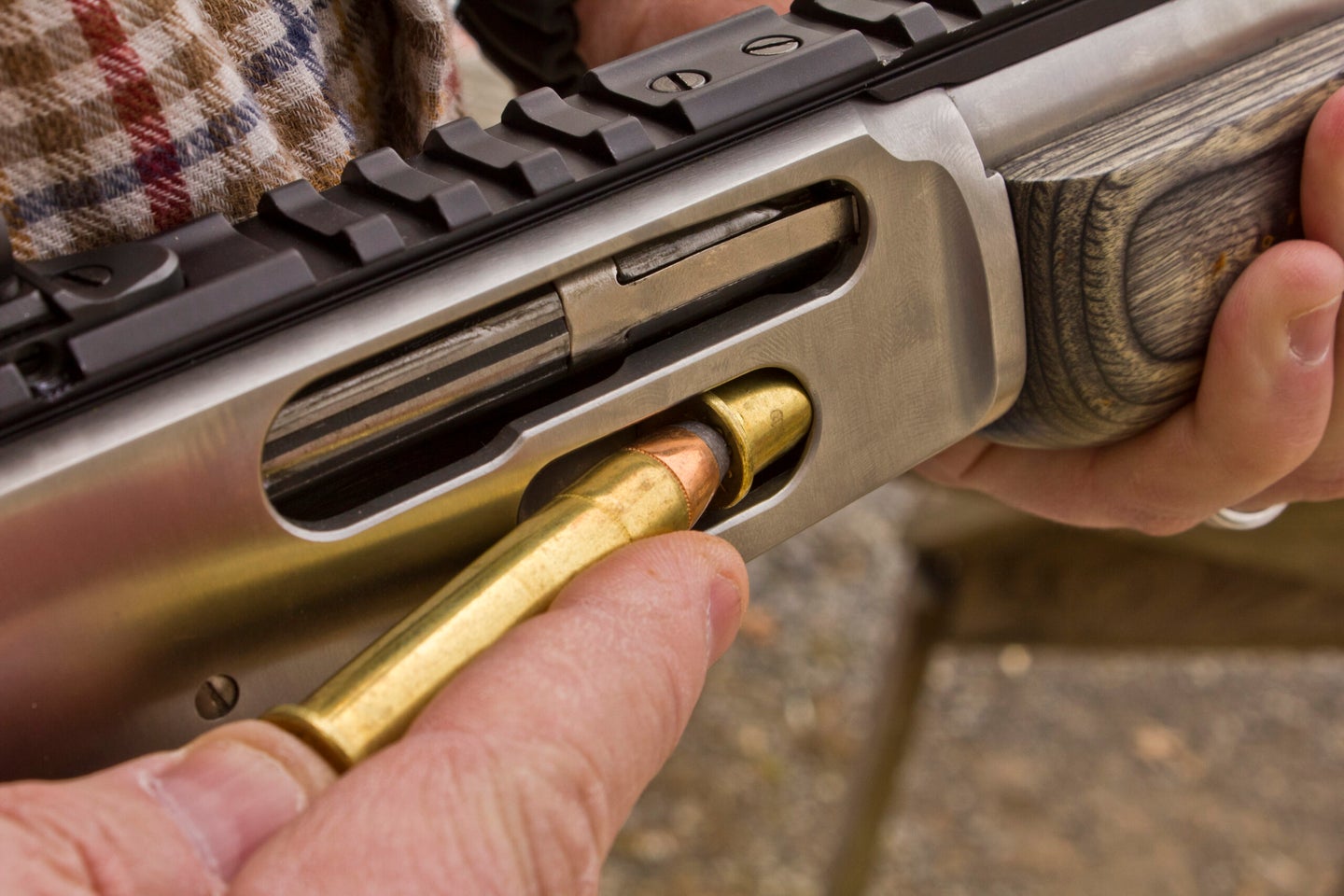 The Marlin Model 1895 and the 45-70 represent the perfect marriage. Richard Mann
SHARE

Somethings are meant to be together. Like peanut butter and jelly, and chewing tobacco and hillbillies, there are a few rifles and cartridges ordained to spend eternity in each other’s company. So much so that when you think of some rifles you can’t help but think of certain cartridges, and vice-versa.

For example, when someone thinks of the 30-30 Winchester, the Winchester model 94 is the first rifle that comes to mind. Here are 10 perfect gun and cartridge marriages. Though some of these cartridges might be associated with older rifles, here are their modern marriage counterparts.

The .22 LR cartridge will probably bring more rifle models to mind than any other round, but 11 million shooters have owned a Marlin Model 60, and most likely Model 60s have been loaned out to at least that many more shooters. Offered in a variety of configurations, this easy carrying, tube-fed, semi-automatic, has put countless smiles on faces and truckloads squirrels in the pot. With the acquisition of Marlin by Ruger, we can only wonder if we’ll ever see a new Model 60 again. Let’s hope; there are a lot of youngsters whose life would be better if they could grow up with one.

The collection of cartridges compatible with the AR15 continues to grow. We’ve got long-range cartridges, big-game cartridges, varmint cartridges, and even cartridges for states with odd deer hunting rifle restrictions. But, for now and forevermore, the cartridge that will be inexorably linked to the AR15 is the .223 Remington. To some, the rifle and cartridge are the devil’s own. To many hunters, sport shooters, and those who want a rifle for home defense, the combination is a godsend. Unquestionably the most popular rifle/cartridge combination in America, the AR15 has become America’s rifle and the .223 Remington, America’s cartridge.

Legitimized by Remington in 1934, the .257 Roberts has never been tremendously popular, but it is a cartridge that will not go away. Intended as a long-range varmint cartridge by its inventor, Ned Roberts, the “Bob” as it’s often called has become one of the best varmint/deer cartridges of all time. Almost every major bolt-action rifle maker has chambered it at one time or the other, but now it’s only available in non-custom form from Kimber. The classic lines, beautiful wood, and black forend tip of the Classic Select Grade Kimber bolt-action rifle just scream .257 Roberts.

Now seemingly pushed to the curb by the 6.5 Creedmoor, the .260 Remington is still a fantastic cartridge. It was introduced in 1997 by Remington and while it gained a great reputation on the target range, it seems to kill well beyond its ballistics and recoil would suggest, and it’s probably one of the best deer hunting cartridges ever. When many think of the .260, they think of poking holes in targets at silly distances. But the .260 is a real hunter’s cartridge and seems perfectly at home in Remington’s svelte Model Seven. What could be a better combination for a hardwood ridge in late November?

Some think the Creed killed the .260 Remington. Truth is, it probably did more to increase interest in the older six-five. For the masses, though, the 6.5 Creedmoor is the long-range wonder cartridge, capable of killing elk at a mile and elephants at half that distance. In reality, the Creed is a great cartridge when used within its capabilities, but its only real advantage over the .260 is its availability in terms of factory ammo and factory rifles. It belongs in what many might call a crossover rifle that blurs the lines between target and hunting applications, and Springfield-Armory’s Waypoint 2020 is an excellent example of that distinction.

When I was a kid, my best buddy bought a Remington 700 chambered for the 7mm Remington Magnum. Introduced in 1962 with the new Remington Model 700, the cartridge was a wonder to us in the mid-70s and still is today to many shooters. People who complain about those who hype up the 6.5 Creedmoor haven’t been around a hunter or shooter who owns a 700 in Seven-Mag. Many believe this rifle and cartridge are capable of feats commonly associated with field artillery.

The 30-30 Winchester has been chambered in all manner of firearms including bolt-guns, single shots, pump-guns, and even handguns. But without question, it belongs in a lever-gun. In fact, the 30-30 is so connected to the lever gun, it’s almost assumed every lever-gun is a 30-30. Marlin has their 336, and Henry has their side-gate lever-actions, but the 30-30 belongs in a 94. You simply cannot be a cowboy without a 30-30, and you could almost say the same for the 94.

The .308 Winchester is likely the best general-purpose cartridge of all time. It will deliver .30/06 performance from a smaller package and is big-game-capable worldwide. It’s no wonder the .308 was Jeff Cooper’s cartridge of choice for his concept general-purpose rifle known as the Scout Rifle. Cooper envisioned the Scout Rifle as the one rifle that would do everything well, and when Steyr attempted to develop Cooper’s dream with their Scout Rifle, they chambered it in the .308 Winchester

Older than dirt, the 45-70 was nearly extinct until Marlin offered it in their 1895 lever action in 1972. Since then, the cartridge has found unprecedented appeal. It’s one of the most beloved and respected lever-gun cartridges of all time. Though it has a deep historic connection to the trap door Springfield and the Sharps buffalo rifles, the 45-70 belongs in a lever gun—just like the one used in the movie Wind River by Jeremy Renner’s character, Cory Lambert. All the cool kids have one, and you should too.