The 5 Worst Shotguns Ever Made

Cheaply made, poorly designed, and downright dangerous, these are the worst shotguns to ever hit the woods 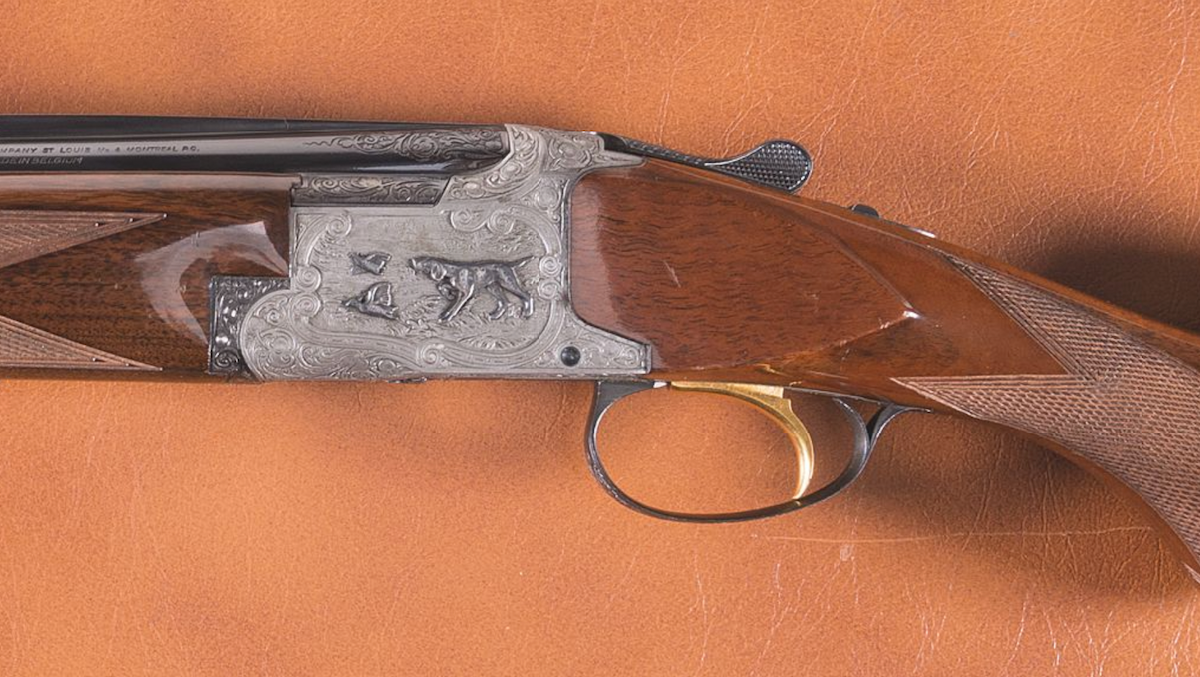 Browning Superposeds are some of the best shotguns ever made, but at one point they were made in a way that caused them to rust from the inside out. Rock Island Auction Company
SHARE

My dad, who became almost pathologically cheap as he got older, almost bought me one of the worst shotguns of all time. It was the day before the pheasant opener, he was shopping at K-Mart, and he knew I wanted a 20-gauge double gun. He almost talked himself into spending $100 on a Boito side-by-side for me. Fortunately, he couldn’t bring himself to pull the trigger. He came home empty-handed and told me about the gun he didn’t buy, and I was hugely relieved.  While it was touching of him to think of me, even then I knew nothing good could come of a $100 K-Mart shotgun.

Boitos are renowned as horrible guns, and they’re not alone. They’re not the worst, but they make this list of the top five worst shotguns ever made. I know I’ll offend some people because every gun has its fans, and every gun has owners that have shot it for years with no problems. They may even have come to love that gun. Nevertheless, some shotguns have terrible track records.

K-Mart, as of this spring, still operated three stores in the U.S., but not that long ago there were 2,000 K-Marts from coast to coast. If you’re too young to remember K-mart, think of it as a cheaper Wal-Mart. K-Mart had a gimmick, the Blue Light Special, a flashing blue light set in an aisle so you knew something was on sale. “Blue Light Special” became a punchline for anything cheap and shoddy, and the term applied in spades to the Boito doubles.

In the early 80s, K-Mart imported the shotguns from Brazil. They were crudely finished, made of soft steel, and many of them didn’t work very well. They also had “K-Mart” stamped on the barrel, which was not the flex K-Mart thought it was. There were both doubles and side-by-sides.

The Boito’s sole virtue was that it was cheap, although fortunately, not cheap enough for my dad to buy me one on impulse. If he had, and I had kept it pristine all these years, and it hadn’t broken yet, it would be worth $175 today, forty years later.

Unlike many genius inventors, John Browning was also pretty sharp on the business side. When he invented the Auto 5 shotgun 120 years ago, he patented everything he could think of, including the charging handle. T.C. Johnson, Winchester’s in-house genius and inventor of the Model 12, was tasked with the nearly impossible job of designing a semiauto that didn’t infringe on Browning’s patents.

Since he couldn’t put a charging handle on the gun, Johnson put a knurled section on the barrel. To open the gun you set the butt on the ground, held the barrel, and pushed down. Tragically for several Model 11 SL owners, paper shells of the time often got wet and swelled up and stuck in the chamber. If you tried to clear the stuck shell by setting the butt of your Winchester semiauto on the ground and pushing as hard as you could on the barrel, it could slam fire. And if you had your head over the barrel at the time, you shot yourself in the face.

It happened often enough that the Model 11SL earned the nickname “Widowmaker.” While that was its fatal flaw, the Model 11SL had others, like fiber buffers in place of Browning’s metal friction rings. The buffers would wear out, the gun would kick extra-hard, and stocks would split. Given that it actually killed its owners, the Model 11SL is probably the worst shotgun of all time.

Who would want a gun that rusts from the inside out? If you were unlucky, that’s exactly what you could buy from Browning in the 60s and 70s. Most of the called “salt wood” Brownings were Superposeds, but some T-bolts, Safari, Olympian, and Medallion grade rifles, and some commemorative 2,000,000th edition Auto 5s, were also stocked with salt wood.

Gunstock wood has the be dried, a process that takes several months. In the 1960s, demand for Browning guns was high and the company had just scored large amounts of California walnut. California walnut is prone to crack if it’s kiln-dried quickly, so Browning looked to Morton Salt for a solution. Morton had come up with a salt-drying process for the furniture industry that cut drying time dramatically and worked very well. Browning bought it. What could possibly go wrong if you put salted wood onto steel gun parts?

Plenty, it turns out. The wood was stacked in an area about the size of a football field and salt was applied. The process drew moisture from the wood very effectively, but in so doing it created a brine solution that dripped down and soaked the bottom planks in the pile. Once the brined wood was made into stocks and forends and fitted onto steel frames, the guns started rusting. Often, you couldn’t tell by looking at the outside of the gun, as the rust would start where the stock headed up against the metal.

The salt-wood era lasted from 1966 to the 1970s. To its credit, Browning owned up to the problem and would replace salt wood stocks, but it would have been better if they had never put those stocks on guns to begin with.

This is embarrassing because I once gave Field & Stream’s Best-of-the-Best Award to the CTi 105. In my defense, it was one of only two entries that year, but still.

Eager to regain the spot at the top of the gas gun heap that Remington had owned for so long with the 1100, the company asked its engineers to think way outside the box in the 00s. They did, and came up with the CTi 105. It had a receiver partly made of titanium, a carbon-fiber rib, and an unusual bottom-eject design, which I don’t believe has been made on a semiauto shotgun before or since, perhaps with good reason.

The CTi 105 had a lot of plusses. It was soft shooting. It didn’t fling shells at the person next to you. I had one, and could shoot it quite well. It was good-looking and well-balanced. Remington function-tested the gun extensively, firing thousands of rounds through early versions. Unfortunately, they forgot to test the guns with the cheap Winchester Wal-Mart loads sold in 100-packs that were probably the most popular shotshells in the country at the time.

The shells caused problems in other guns, too, but the otherwise nifty CTi 105 would bend them in the middle instead of lifting them up to the chamber when the gun cycled. If your gun won’t shoot the shells that America shoots, it’s a pretty tough sell. Remington tried to fix the gun’s failings with the CTi 105 II and couldn’t. The CTi 105 went away and Remington went back to making 1100s and 11-87s, before trying again with the much better VersaMax.

Most bad guns aren’t uniformly bad. But, there are more lemons than usual when you come up with a poor design like the Winchester Model 1400. Just because your 1400 has never been a problem, or because the great Skeet shooter Wayne Mays shot a 1400 forever at 12 gauge events, doesn’t make it a good gun.

The Model 1400 was introduced in 1964, the year Winchester cheapened its product line to cut costs and get in line with the new trend in gunmaking that had produced successful, affordable designs in the Mossberg 500 and the Remington 870 and 1100. The latter, a truly great gas semiauto, came out in 1963, the year before 1400 was introduced, and was an instant success and a near-impossible act to follow.

While the Remingtons and Mossbergs made extensive use of stamped parts, the 1400 went even cheaper and used plastic, specifically in the magazine throat, which doubled as the bolt release. And, while a plastic magazine throat/bolt release can withstand normal hunting use, it’s not a durable feature in a gun that will be loaded many times on the Skeet field.

It so happened that Winchester was franchising gun clubs across the country at the time, and they used 1400s as rental guns. Rental guns get shot a lot. The 1400s caused a ton of headaches for the franchise owners until the plastic throat was redesigned in 1968 for the 1400 Mark II.

How bad was the 1400? It was bad enough that Winchester not only had to improve the gun, it tried to introduce its complete opposite, the Super X1 in 1968. The X1 was everything the 1400 was not: it was all steel, all machined, beautifully fit and finished, and it worked. It was also far too expensive to make, and it only lasted a few years. The improved 1400s were sold until 1994, when they were replaced by the infinitely better Super X2.