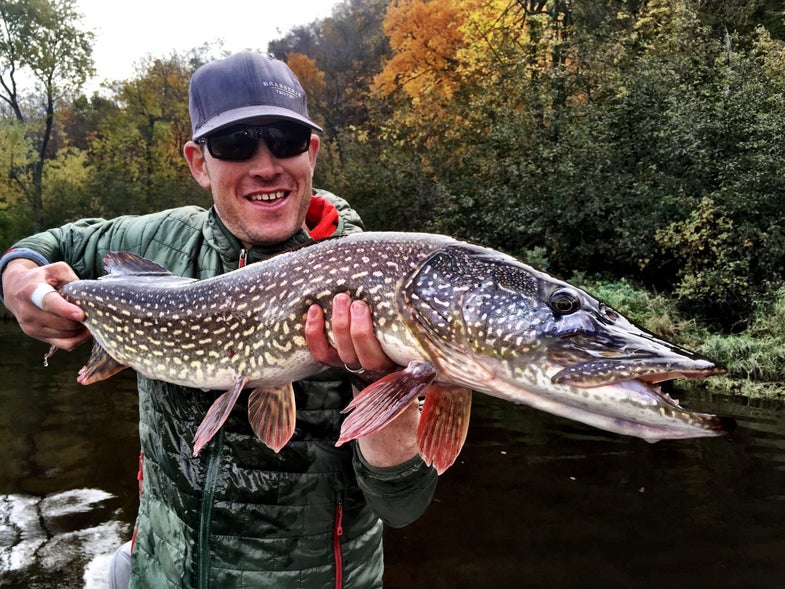 Muskie fly lightning struck once on “Hook Shots” three years ago. That strike, of course, happened at the end of four gut-wrenchingly stressful days of follows and flashes in Minnesota with zero connections. It was ultimately a miracle catch, and host Joe Cermele swore it never needed to be repeated on camera. But time has a way of helping you forget the sore shoulders, aching backs, and hours of “what-if” worry. You only remember the glory, so when his good friend Tim Romano said he wanted to take a crack at one of these monsters on fly, round 2 began.

In this final episode of 2016, the crew revisits their buddy Robert Hawkins of Bob Mitchell’s Fly Shop in Saint Paul. Since round 1 in 2013, Hawkins has come a long way in the muskie world, thanks in no small part to the 57-inch fly world-record ‘skie he bested in November 2015. The team is solid, the scene is set, the steel leaders are crimped. Only one question remains: Will the muskie gods give “Hook Shots” the repeat victory?