The Ultimate Survival Guide to Finding and Purifying Water 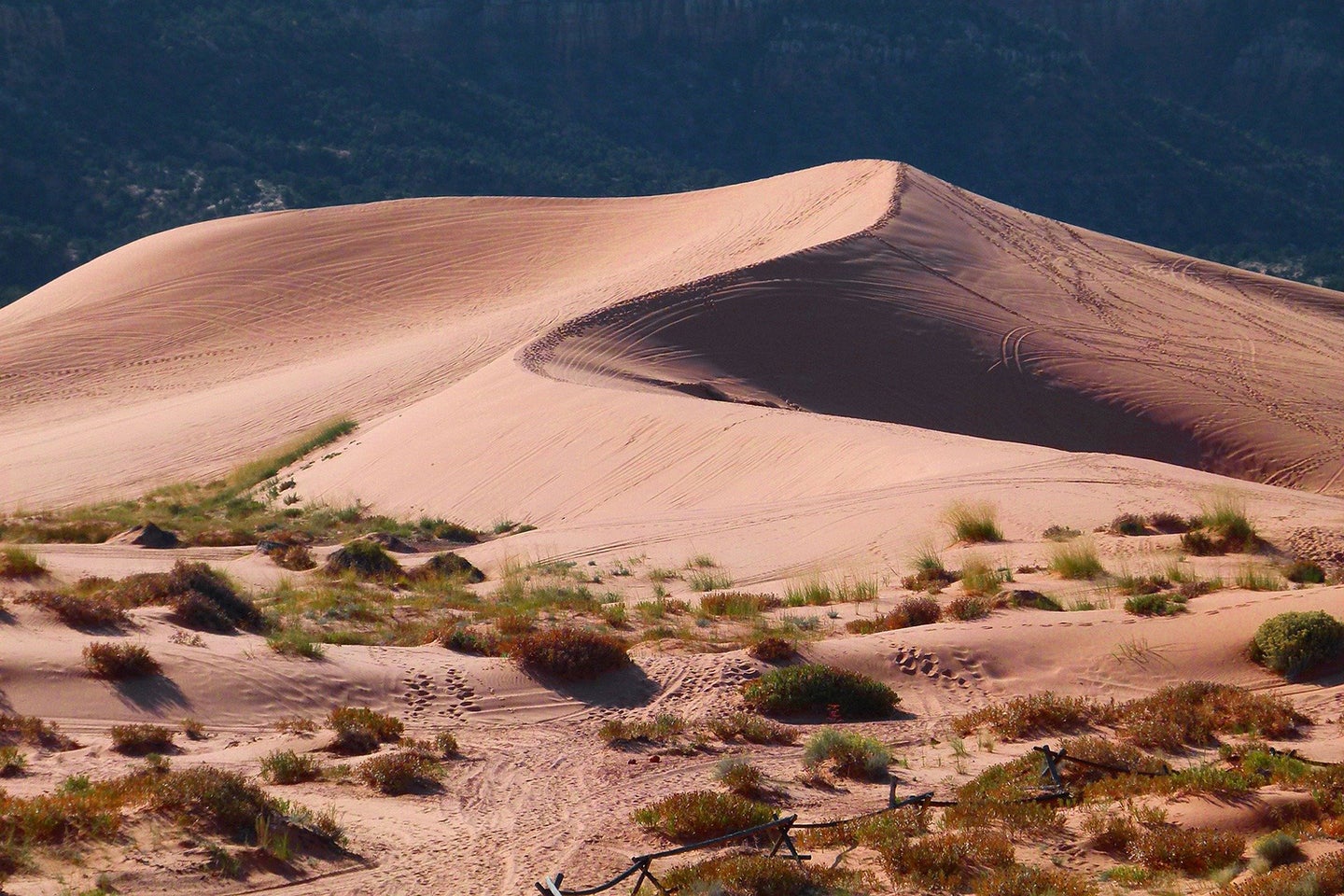 Believe it or not, in the desert all paths lead to water. ArtTower/Pixabay
SHARE

They say you can’t go back, that the past is better served by a selective memory than by second sight. That pond where you once fished for bluegills will be paved over by now; the woodcock covert in the birch bottom, drained and subdivided for tract homes. I wondered about this as the road bent along Tom Creek in Idaho’s Centennial Mountains. It had been 20 years since I had last seen it. Not a remarkable piece of water, it was just another in a series of short, spring-fed creeks that plunged from the Continental Divide through alpine fir forest. I had shot my second elk on the shoulder of the mountain above, and the water that poured from my cupped hands when I slaked my thirst after a hard day’s hunting was as sweet as nectar.

“So, this is what I was named for,” my son said, shaking his head sadly as we walked to the bank. “A creek.”

“You aren’t really going to drink from it?” he said.

But, of course, I knew why not. On the surface of the creek, nothing may have changed. The problem was in the current underneath, in the form of protozoan cysts spread by animal (including human) droppings that, when swallowed, result in a serious intestinal disorder: giardiasis—otherwise known as hiker’s diarrhea, backpacker’s curse, or beaver fever.

I remembered encountering a young man on the path up Maine’s Mount Katahdin. He’d hiked almost the entire length of the Appalachian Trail, some 2,500 miles, only to be laid low by giardiasis 2 miles from the summit. He said he was afraid to climb above timberline, where he would have to drop his pants in full view of passersby if the bug got the better of him. And I recalled my friend, a fisheries biologist, who, after falling ill following a hike to high-altitude lakes, had walked around town for three days with a length of string taped to his cheek, the other end of which he had swallowed and was working its convoluted way through his upper intestine. When his doctor pulled the string up out of his mouth (think about that), the microscopic organisms clinging to the lower end confirmed what his gut had already told him. He, too, had giardiasis.

The Risks of Drinking Untreated Water

The Giardia lamblia cyst is so widespread that one older study of 10,000 samples from streams across North America, including Alaska, could not find a single source that was uncontaminated. One Wilderness Society staffer contracted giardiasis after drinking water running off a glacier. Possibly a marmot or a mouse had defecated on the glacier farther up.

It’s not just Giardia that can bring a careless hunter or hiker to a compromising position. The Cryptosporidium cyst is also spread by animal feces. Symptoms sound familiar to anyone who has suffered from giardiasis: abdominal cramps, bloating, fatigue, flatulence, diarrhea, and weight loss, with the bonus of a low-grade fever. Bacteria, including E. coli and salmonella, and viruses that carry diseases such as polio and hepatitis A are also prevalent in the Earth’s surface waters, although they pose greater risks for sportsmen who are traveling abroad, or who drink from still waters near popular hiking trails or in agricultural areas, than they do for deer trackers in Vermont or Alberta sheep hunters.

The bottom line is that all water must be treated before it can be safely drunk or used for cooking or washing dishes in camp. Options include boiling, chemical halogens, filtration, and ultraviolet radiation.

The Best Methods for Purifying Water

The surest way to eliminate all dangerous microorganisms is boiling water. Contrary to popular belief, you don’t need to boil water for 10 minutes for disinfection. Just bringing water to a boil, even at the lower boiling point of high elevation, will do the trick. But if you don’t have a pot—or time to start a fire—here are some other proven water-purification options.

Iodine crystals (Polar Pure) and iodine tablets (Potable Aqua) both effectively eliminate bacteria, viruses, and the Giardia cyst; however, Cryptosporidium is resistant to chemical halogens like iodine, which may be a problem in some areas. The disagreeable taste these treatments leave behind can be eliminated with neutralizing tablets or vitamin C, but long exposure to iodine-treated water can cause side effects. Limit its use to trips lasting only a few days.

These tools strain all sources of contamination except viruses and the smallest bacterias. Options include bottle filters (scoop water into the bottle and squeeze it into your mouth), pump filters (drop the intake hose into the stream and pump the handle to draw it through the filter cartridge into your water bottle), and gravity-fed filters (fill a reservoir with water and allow gravity to trickle the water through the filter into a receptacle). To trap Giardia and Cryptosporidium cysts effectively, the pore size of the filter must be 1 micron or less in diameter. Most pumps sold as “microfilters” will do the job.

These devices are the newest method of filtration—though, they’ve been around for many years. Unlike the other forms of water treatments, these tools can kill virtually all carries of waterborne illness. Simply turn on the device, place it the water, and stir until the light indicates that UV radiation has done its job. As with any gizmo, keep in mind that these things are not foolproof.

Quick Tips on How to Purify Water

1. Before disinfecting murky water, decant it for an hour or so by letting the sediment settle to the bottom of a container. If you can’t wait that long, drop a pinch of alum (sold as pickling powder in grocery stores) into your water bucket and swirl it around. Suspended particles, including algae, will clump together and can be scooped out. White campfire ashes work almost as well.

2. Many filter pumps come with a pre-filter with a large mesh size (the fine pores of a microfilter will clog if you attempt to force sedimented water through them). Take care not to spill untreated water onto water-bottle lids or dishes.

3. Always carry either chlorine dioxide drops or iodine tablets as a backup in case a filter pump clogs or breaks down, and for use in addition to filters for water that may harbor viruses.

What It Feels Like to Have Giardiasis (a.k.a. Beaver Fever)

Colorado-based outdoorsman Jason Cardot knows the misery that is beaver fever. Here, in his own words, he describes what it was like.

I was flyfishing in Boulder Creek, and I feel face-first and swallowed a gulp of the water. Two weeks later, I had intense stomach pains. It was beaver fever.

I couldn’t get off the toilet. Everything I ate came right back out. Both ways. It was like the flu—times 10. It lasted two weeks.

My doctor showed me a photo of giardia. It looked like Pac Man with teeth. He prescribed some medicine, which he said it would make me feel even worse. It did. But after taking it for 16 days, the bug finally subsided.

I could have onsets of giardiasis possibly for the rest of my life. I haven’t looked at river water the same ever since.

How to Find Water in Any Survival Situation

Sportsmen who get stranded without water do not need a miracle to survive: They are within reach of enough water to prolong life; many just don’t know where to find it. Here is a survivalist’s guide to finding water in the wild in specific environments.

Snow and ice are the most obvious sources, but melt them first (if possible, on a black plastic trash bag, which absorbs radiant heat). Eating snow or sucking ice takes energy, reduces body temperature, and increases dehydration. Dry creek beds often have water underground. Dig until you reach moist soil or gravel, then let water seep into the hole. Dip your handkerchief in and wring the water into a container.

Finding Water on a Beach

Spread a tarp to catch rainwater, or dig in the sand until you reach moist soil—the hole will gradually fill with fresh water (be sure to stop digging when you hit moisture; if you go deeper, saltwater may seep into the hole). Alternately, you can boil seawater, saturate a bandanna or shirt with the steam, and wring the sweet water into a container. Clear or bluish sea ice is another good source of drinkable water. Opaque, grayish ice will be salty.

Finding Water in Arid Country or the Desert

Dig in low spots, keying on the depressions in the outside bends of dry stream channels. Dig 100 feet back from the edges of dry or salty desert lakes. Where sand dunes abut a lakebed, dig in the depression behind the first dune. Listen for water dripping inside caves. Investigate rocky outcrops and walk the base of cliffs to find pockets of rainwater collected in porous stones and rock crevices (a plastic tube is invaluable for tapping such sources). Hack apart barrel cacti and prickly pear, then chew the pulp for moisture.

In the desert, all paths lead to water. Follow animal trails in the direction that they converge. Watch for birds and insects, which typically fly low and in a straight line to water each evening. Also, bird droppings around rock fissures may indicate hidden water. Investigate any green vegetation or man-made structures. Keep your eyes on the sky and head toward inclement weather.

How to Build a Solar Still

Should efforts at finding water fail, make your own by stuffing a plastic bag three-quarters full with leafy vegetation and inflating it. Place a rock in the bag and tie it off. The inside of the bag will bead with potable condensation when left in direct sunlight.

Alternately, build a solar still—but keep in mind that to manufacture the 2 to 4 liters of water your body needs each day, you’ll have to keep several of them in operation at all times. Here’s how to build one:

As sunlight passes through the plastic, moisture in the soil evaporates, condenses on the bottom of the sheet, and runs down to the center, where it drips into the container to the tune of about 1 liter per 12 hours of sunlight. Drink it through the tube. You can increase the yield by placing chopped-up cactus or leafy vegetation in the hole. Or pour urine or polluted water into a narrow, 8-inch-deep trough a few inches to the side of the still; the wastewater will be filtered by the soil as it is drawn into the still. This will desalinate seawater, too.

Under no circumstances should you drink these liquids when stranded or in a survival situation.

This story was originally published in the August 2004 issue of Field & Stream.