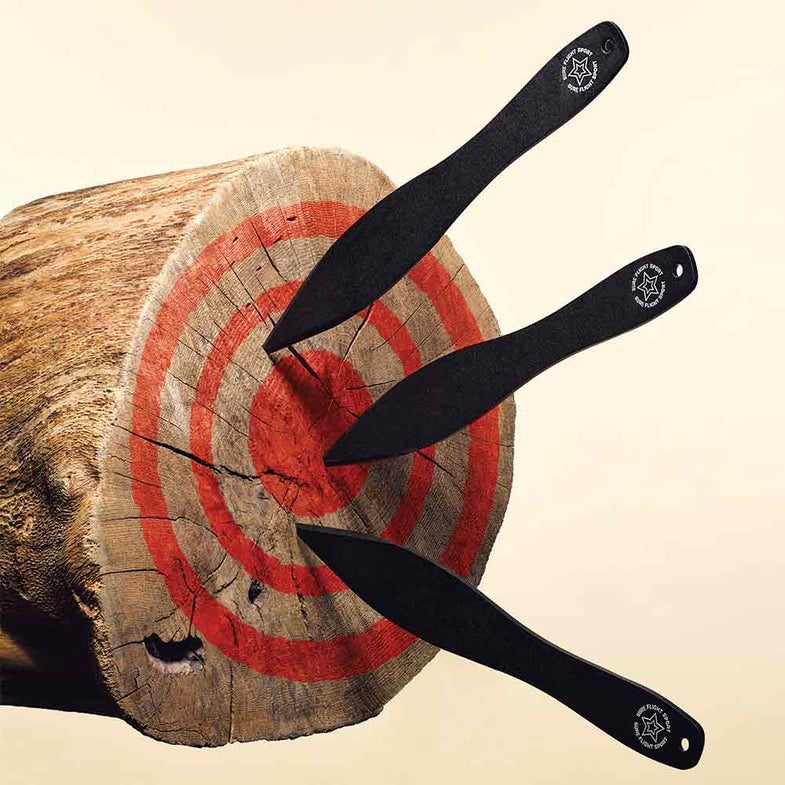 The American Knife Throwers Alliance—yes, such a thing exists—suggests using a throwing knife between 12 and 16 inches long, and weighing about 16 ounces. Since no two people bring the same height, arm length, strength, or other physical traits to the knife-throwing motion, there’s a lot of trial and error to getting the throw down pat. But that’s part of the fun of learning how to throw a knife. The first task is to master a single-turn throw, in which a knife, held by the handle, revolves one full turn before it sticks the target. 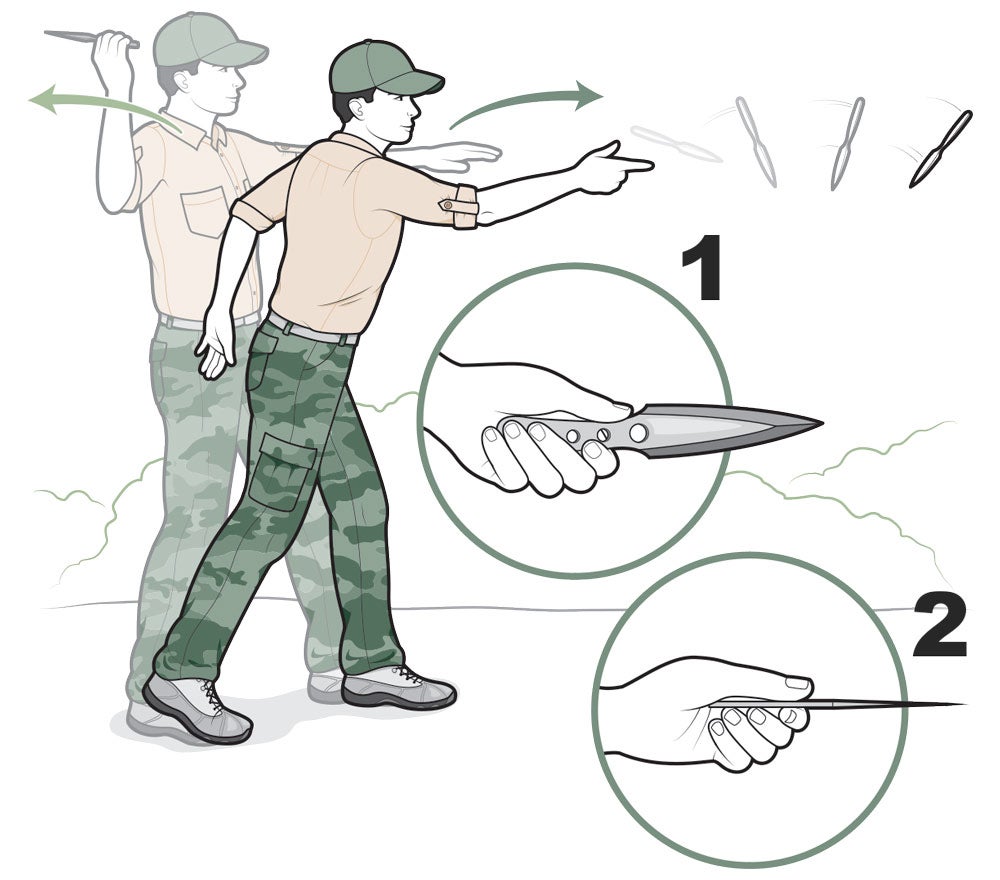 In the McEvoy grip (1), the knife is thrown with the blade in a vertical orientation. Grip the knife by the handle, as you would a hammer, resting your thumb along the top of the spine. For a vertical pinch grip (2), turn the knife blade parallel to the ground and place your index, middle, and ring fingers in the center of the handle on one side and your thumb on the center of the opposite side. Both styles allow the knife to slip out of the hand with little friction. The McEvoy grip can allow for a more powerful throw, while the vertical pinch grip is a finesse hold for accuracy and shorter distances.

Stand 12 feet from the target. Focus on the bull’s-eye, and throw the knife with an overhand motion, releasing it just before your arm reaches the horizontal. Keep your wrist straight through the motion and allow the knife to slip out of your hand. No flicking. Watch the point of impact carefully and make adjustments. If the knife sticks with the handle in a downward slant, you are too close to the target. Back up a half step and try again. If the knife sticks with the handle slanting up, you’re too far back. Take half a step toward the target and let fly. Keep practicing until the knife sticks close to horizontal.