Why a 12-Gauge Is the Best Shotgun for Doves, Plus 5 Great Examples

A 12-gauge hits harder, kills farther, and swings better than a sub-gauge gun. If your definition of "best" is "deadliest" on doves, this is it 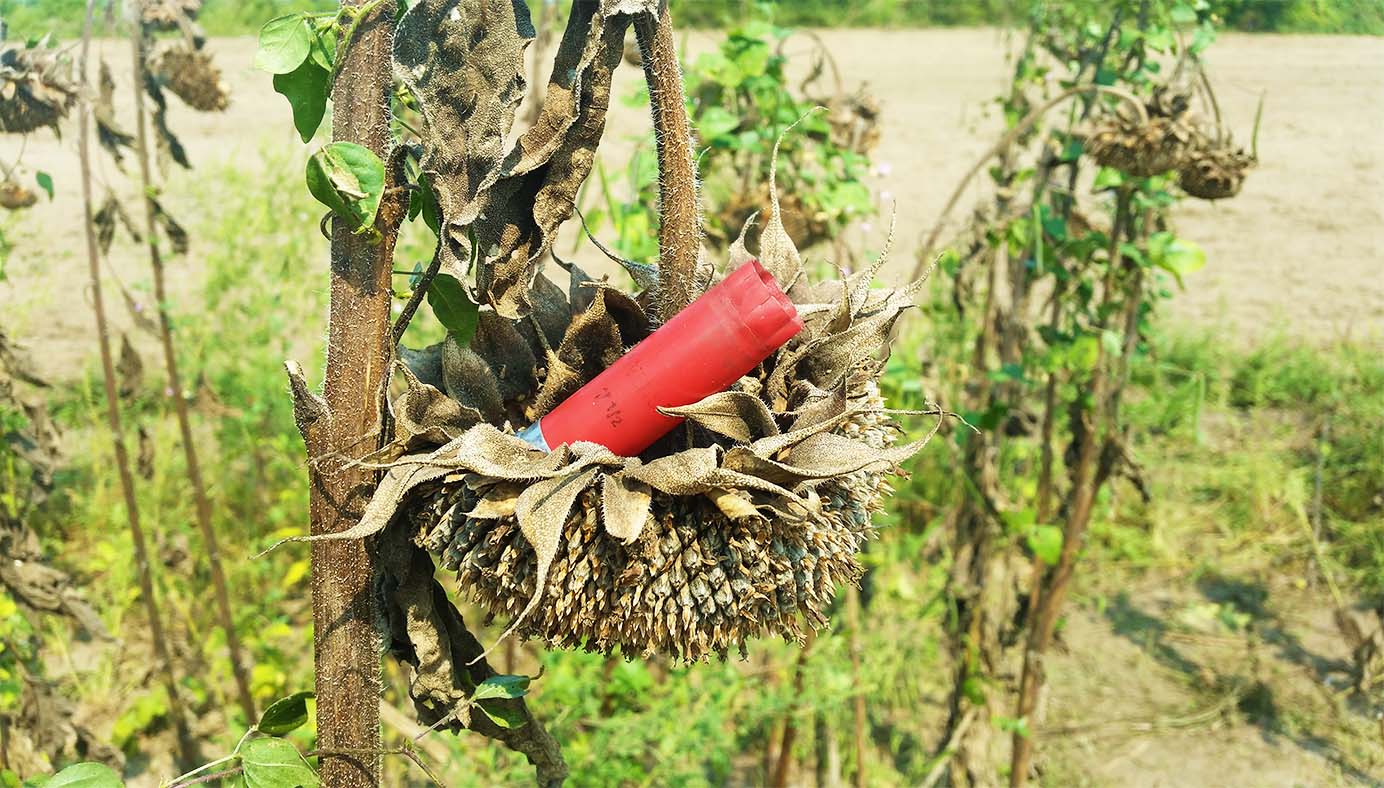 Several years ago I mentioned to a man from Louisiana that I came from a state where doves were protected songbirds.

“Ain’t worth livin’ there,” he said, matter-of-factly.

His words gnawed quietly at me, and when my state finally did approve a dove season 10 years ago, I wanted to catch up for the decades of lost time. My attitude dictated my choice of shotgun. Those first few seasons, when I absolutely had to shoot every dove the law allowed, I shot 12-gauge semi-autos only. I’ve since calmed down and gone to a 28-gauge O/U. That’s part of the fun of dove hunting. Any gun you enjoy shooting can be the best dove gun for you. At the same time, there’s no question that if you define the “best” dove gun as the most efficient and effective, the 12-gauge semi-auto is it. Hands down.

Loaded with 1 or 1-1/8 ounces of shot, a 12-gauge can take doves from close range out to 40 yards or more, especially if you shoot size 7-1/2 shot. More shot in the pattern means that the usable pattern—the part dense enough to ensure multiple hits on a bird—is wider than it would be with a lighter load from a small-gauge gun. It’s not a huge difference, a few inches at most, but you can see that difference play out in registered Skeet averages, where almost everyone scores higher with a 12 than they do with smaller gauges. Bear in mind that Skeet shooters use one gun and sub-gauge tubes for all four gauges, so the difference have to do purely with their ammunition, not with their guns. A 20-gauge comes close to a 12, but the big-bore wins.

Also, I keep reading that doves aren’t hard to knock down. It’s one of those cliches that writers repeat that makes me wonder if they are paying attention in the field. Maybe we’re not shooting the same doves, because I’ve seen lots of birds lose feathers and keep flying, or fall and magically recover and fly away. The extra pellets in a 12-gauge pattern can make a difference between a clean kill and a crippled dove.

Heavier, bulkier guns don’t feel as good in your hands as a trim smallbore might, but they’re easier to swing and shoot. In dove hunting, your vehicle carries the gun right to the spot (or very close), so there’s no real advantage to a lightweight shotgun. A longer, heavier gun swings more smoothly, points well, and is generally easier to shoot that a lighter gun. Heavy guns can be faster to the target, than lighter smallbores, if speed matters to you. The extra heft absorbs recoil, too.

When I shot 12s at doves, it was almost always a semi-auto. I can’t cycle pumps smoothly and quickly enough to make good followups on juking doves, so I wanted a gun that shot every time I pulled the trigger.  I prefer gas guns to inertia-operated models because of the recoil reduction of gas, which can matter if you’re shooting a lot and wearing no more padding than a t-shirt. Softer recoil lets you get back on target faster after a miss.

Any repeater beats a break-action in terms of firepower and speed of reloading. It no longer bothers me if my gun is broken open to reload and a dove comes floating in, but it used to drive me nuts. With a magazine gun, you can also quickly drop a shell into the empty port. Once in Argentina I shot three doves out of huge flock, threw two shells into my semi-auto and shot two more before the bunch swept on out of range. My jaded bird boy actually cheered, and I was pretty impressed with myself. I never could have done that with a pump or break-action, only a semi-auto.

If you shoot the same 12-gauge semi auto at waterfowl as you do at doves, you’ll have the advantage of confidence and familiarity with your gun when you take it to the dove field. Moreover, you’ll be getting good practice for duck season. Ignore the small-gauge snobs who mock your 12 as a cannon. You’ll have plenty of time to heckle them back after you come in early with your limit.

The list of great current-production 12-gauge semi-auto dove guns leaves out a classic—the 1100—and a favorite—the V3—because RemArms/Remington is still ramping up production, but we should be seeing them again soon. It also omits the Browning Gold, Beretta 391, and 3901 I used to shoot, as they are no longer made. Per my preference, these are all gas guns. Inertia lovers can choose among the
Benelli Ethos Cordoba, the Franchi Affinity, and the Browning A5 among others.

Actually, I lied about the Beretta 391 no longer being made. It is, sort of, as the A300 Outlander. Save for a few small changes it’s the same gun I as the 391 with which I started out my Iowa dove hunting career that first season. It’s now made in the US and at a much lower price than the top-of-line A400. It’s a terrific, reliable gun and one of the best buys in a semiauto.

Fabarm, owned by Caesar Guerini, offers a really good, soft-shooting semi-auto in the L4S. It has beautifully polished internal parts, and shoots anything you put in it down to the lightest reloads. Fabarm’s unique Tri-Bore barrel shoots good patterns and has been shown in lab tests to provide tiny increases in velocity. Weighing in at a few ounces under 7 pounds, it breaks my rule that a dove gun should have some heft. It’s an easy gun to shoot, though, and it makes this list both because it’s an excellent gun and because I had mine in the field on the day I shot doves better than I ever have before or since. Coincidence? I don’t think so. It comes in a couple of different grades and styles.

The latest version of Winchester’s Super X, the 4 features the same time-tested gas system of the X2 and X3, with the addition of some enlarged controls and a lower price. Its gas operation combines with a very soft Inflex recoil pad to make the X4 easy on your shoulder. The guns come with shims and length spacers so you can tinker with the stock fit, and it has the overbored Browning barrel and long Invector Plus choke tubes to throw patterns too dense for a dove to fly through. It’s available in black, camo, and walnut finishes.

I have always been a fan of the Browning Silver, which retains a semi-humpback receiver reminiscent of the Auto 5 as an homage to its Browning heritage but is a thoroughly different, modern gas gun inside. I have shot a few of them and ran more than 1,000 rounds through one without cleaning, and it never bobbled a shell, even when I fed it my sketchiest ¾- and 7/8-ounce reloads. It’s soft-shooting, it always works, and when you do break it down to clean, there’s not much to the job. What more do you want? They start at $1069 for a basic black model, although I’d be tempted to step up past the basic walnut field model ($1,139) and spend 40 bucks more for the round-knob grip and upgraded wood of the Silver Black Lightning.

A bargain-priced gas gun, the Turkish-made Viper G2 is beloved by almost everyone who owns it as a no-nonsense, lightweight shooter that does nothing but give reliable service without beating you up with recoil. It comes in several finishes, including black-synthetic, camo, and walnut—some of it very nicely figured—with three different receiver colors (bronze, silver, black), and there’s a mirror image left-handed model, too.