When it comes to putting down game, is it better for a bullet to pass through an animal or to dump all its energy inside, with no exit hole? 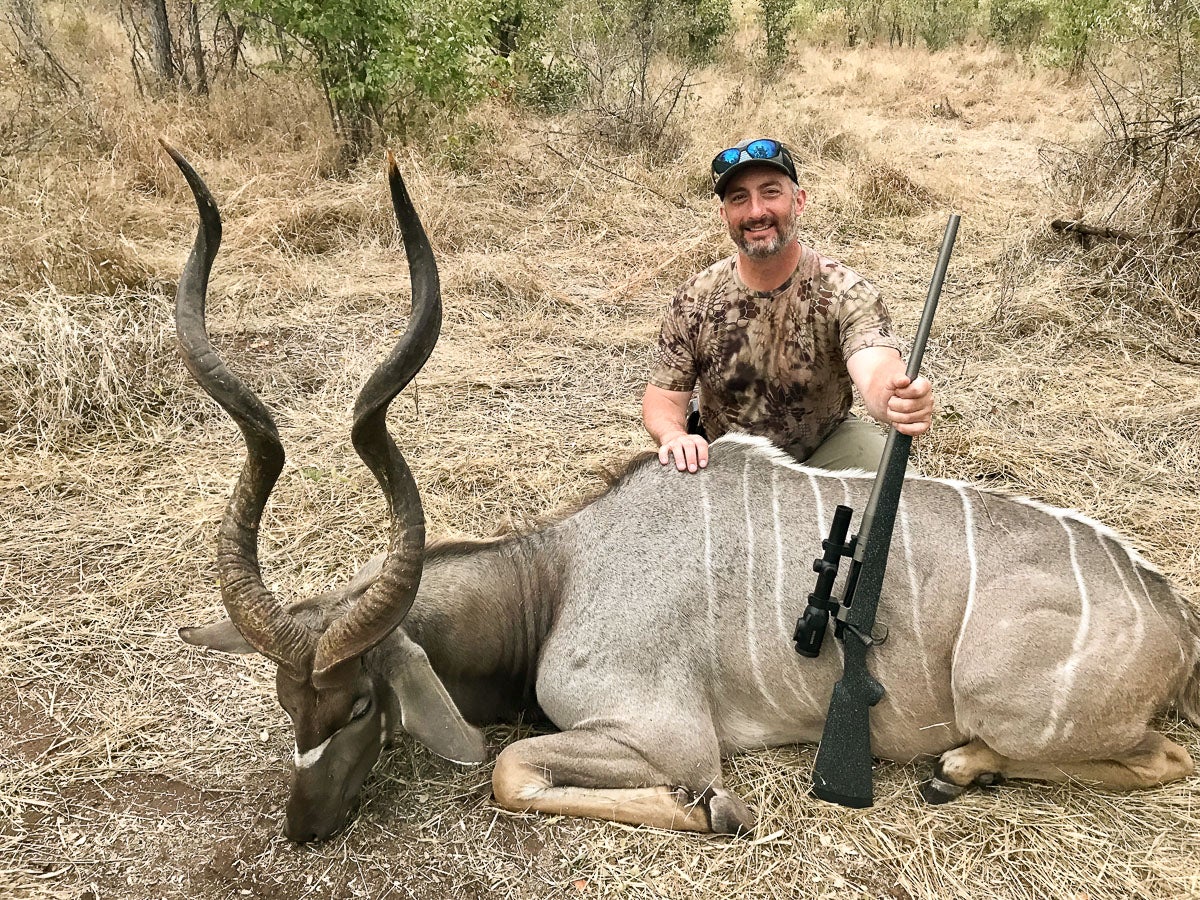 This is perfect "one-hole" performance from a bullet. The 300-grain Nosler Accubond that put this bull down is visible just forward of the shoulder lodged under the hide. This is exactly what John Taylor described when writing about his ideal terminal ballistics. John B. Snow
SHARE

There are two types of hunters in this world. Those who want their bullets to pass through game animals and create two holes and those who believe that bullets do more damage when they don’t exit. While advocates for each have deeply held convictions, is one type of bullet performance actually better than the other when it comes to quickly and effectively killing game? And which bullets are best for attaining either outcome? Let’s look at the arguments in turn.

The Case for Two Leaky Holes

I’ve talked with dozens of hunters over the years about terminal performance, and the majority prefer bullets that create two leaky holes in game. Adequate bullet penetration is a crucial factor with projectile lethality, and there’s no better indication of penetration than a bullet that exits after traversing the vitals. It’s hard to argue with that.

Pass-throughs also create blood trails that are easier to follow than what you get with an animal that has a bullet lodged in its body. Except in rare instances, the exit wound is always larger than the hole where the bullet entered and bleeds more readily. Even when an animal is fatally hit, there’s a risk that a single bullet-diameter hole can plug up with fat or muscle, making tracking and recovery difficult.

The one scenario where a pass-through is a negative is when the bullet fails to expand and pencils through the body. When this happens, you get minimal tissue damage and the odds of losing the animal skyrockets.

A few things can cause this. The bullet can be faulty, though that’s rare. The hunter might be using the wrong kind of bullet, such as a non-expanding FMJ. The bullet might impact at a speed that’s slower than what it’s designed for, which will prevent it from expanding adequately. This can happen with toughly constructed bullets shot at longer ranges. Examples include monolithic copper-alloy bullets, especially those that don’t have a polymer tip. But even heavy bonded bullets that are utterly deadly at close and moderate ranges can struggle to mushroom when the impact velocity dips below 1600 fps.

The Best Bullets for Two-Hole Performance

If two-hole terminal performance blows your hair back, some of the best bullets out there include Nosler’s E-Tip, Hornady’s GMX, Barnes’ TTSX, and Norma’s Bondstrike. These are all modern designs, released within the last 15 years or so, and yet they have amassed good track records in the field. For instance, I used the GMX bullet on a safari in Africa soon after it was introduced. Even the relatively small 120-grain bullet in 6.5 Creedmoor shot through everything we hunted, with the exception of my giant eland and two waterbuck. The eland is the most massive of the world’s antelope, and even then the broadside shot penetrated dead straight through 3-1/2 feet of hide, ribs, vitals, and muscle. The perfectly mushroomed bullets I dug out of the waterbuck behaved similarly. Both were quartering shots that traversed 3-1/2 feet before coming to rest.

Arguments for No Bullet Exit

So what can we say for bullets that tend not to pass through the animal? Quite a bit, as it turns out. Winding the clock back a few decades, famed African ivory hunter John Taylor—the creator of the momentum-based Taylor Knock Out values—argued in favor of bullets that don’t exit. His hunting experience can only be described as “massive,” both for the quantity of game he shot and the size (and danger) of his quarry.

Here’s what Taylor had to say on the matter: “I like my bullets to remain in the animal’s body. Not only is there then no fear of needlessly wounding others standing beyond the one at which you have fired, but in my experience the animal will be killed much sooner if the bullet remains in him—in other words, if he stops it.”

In this view, the bullet works best when it transfers all its energy into the animal, causing maximum tissue damage and the quickest death.

It’s worth putting Taylor’s declaration into context, however. First, for a bullet other than a solid to pass through larger game, such as buffalo (which is what he was talking about when he wrote the above), it would have to expand very little. Specifically, he was commenting on 270-grain pointed soft-points from a .375 Holland & Holland Magnum, which wouldn’t open as much as 300-grain soft-points and were therefore prone to penetrate deeper than he liked.

The case is even more extreme when you look at the lethality of a hunting broadhead. The energy is pitifully low even at point-blank range—a 400-grain arrow at 297 fps yields a whopping 78 ft-lb of energy—but no one would deny how well they kill.

So, if energy doesn’t kill, what does? The answer is simple. There are two ways to kill an animal. Either you destroy the central nervous system with a brain or spine hit, or you cause enough blood loss (exsanguination is the fancy term) that the brain can no longer operate. These are the best yardsticks to measure bullet performance on game.

The question then becomes: When will a bullet that stays in an animal do a better job of killing than a bullet that passes through? Two related examples come to mind. First, consider the case where the “tougher” bullet struggles to expand because it isn’t traveling fast enough when it connects. A bullet with a thinner jacket that is built to upset easily will kill more readily in this circumstance.

The second example is when a bullet is more accurate and does a better job connecting with the vitals—and it’s lighter bullets that are capable of the best accuracy.

A thing target bullets have in common are thin copper jackets and substantial lead cores. Bullets with thinner jackets are more consistent, and that’s why they are more accurate. For example, bullets with thicker copper jackets or that are made from a monolithic copper-alloy are more prone to spikes in pressure due to fouling and other factors as they travel down the bore. Variations in pressure lead to variations in muzzle velocity, degrading accuracy.

So, while thinner-jacketed hunting bullets, like those made by Berger and Hornady’s ELD-X series, are unlikely to penetrate as deeply and pass through animals, they make up for that with reliable expansion on longer shots, violent tissue damage, and superior accuracy. I’ve certainly found that to be the case. Neither of those bullets retains weight like a bonded bullet will, but I know that because I’ve dug them out of many dead animals. And if the animal is dead—well, the bullet did its job.

As you might have guessed, there is no definitive answer to the question of which is better—but that doesn’t stop hunters from clinging to their views. One massive complicating factor is that no bullet performs the same way on game every time. Terminal ballistics is a chaotic affair, and about the only certainty that in-depth studies of the topic have found is that nothing is certain when a bullet strikes hide, muscle, and bone. You’ve probably seen this yourself with your bullet of choice if you’ve hunted enough.

Read Next: The 10 Best Rifle Bullets for Long-Range Shooting

As for me, I’m happy either way if the outcome is a punched tag. Though I must say, as a ballistics nerd, I get an extra jolt of satisfaction when I recover the bullet that did the job.