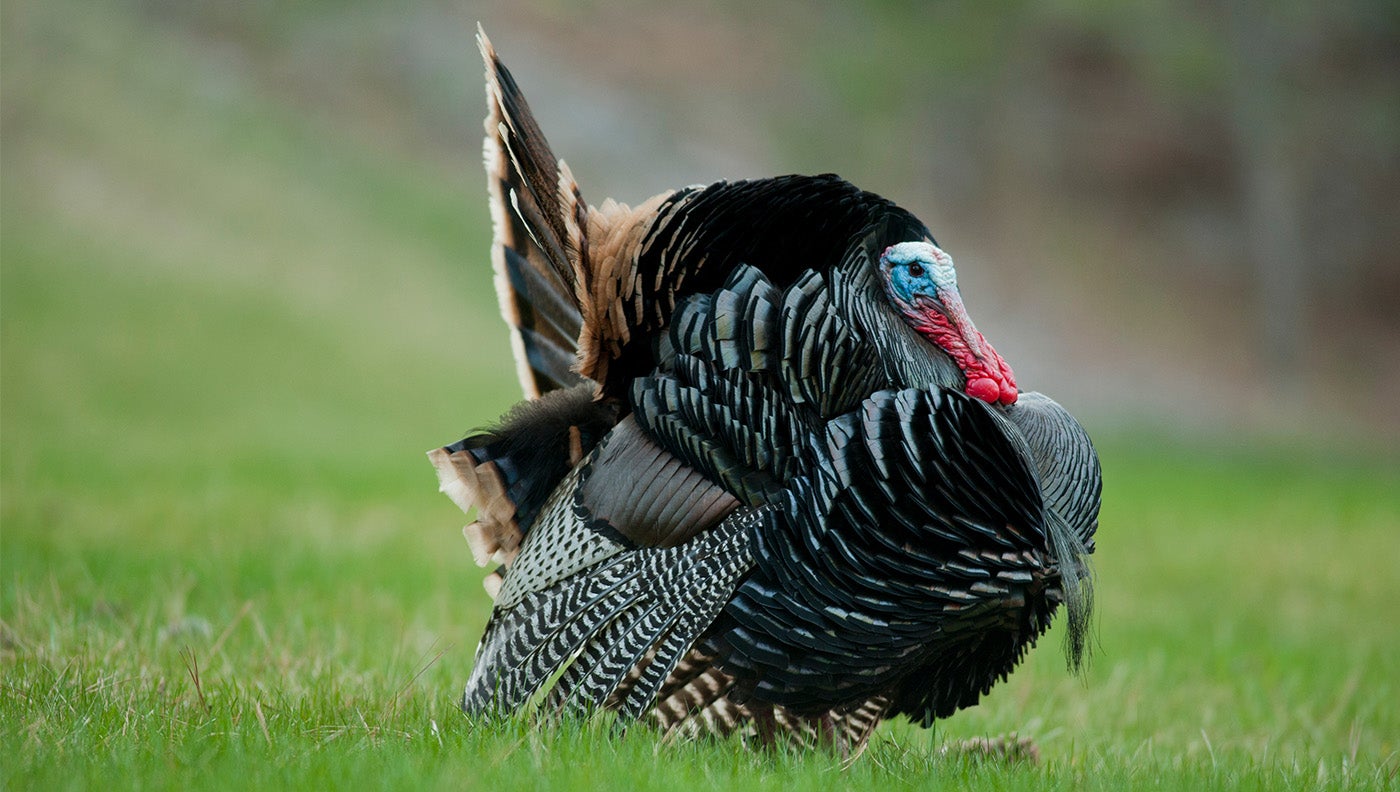 The turkey strut mimics the whitetail rut almost exactly. If breeding activity were graphed on a bell-shaped curve, we’d be starting down the backside of it in most places. Of course, the show is largely over in many Southern states, and hunting seasons are just getting going in the northeast, but in areas where there’s been enough time to get thumped by a tom or two, it’s time to take revenge. As every savvy turkey hunter knows all too well, talking to a henned-up tom can be an exercise in frustration, but once those girl birds get serious about nesting, things can turn on a dime. Missouri expert Tad Brown, who’s tagged gobblers across their range, has a plan to help you make the most of it.

Tad Brown’s fascination with, and success at, hunting gobblers started in his teens, and his success morphed into a guiding business. In the 1980’s, he met a rising star named Mark Drury. Brown helped Drury design and build many of the yelpers that turned M.A.D Calls into an industry icon. In the many years since, Brown has taken turkeys from all across the country, is now working as a call designer and product manager for H.S. Strut, and is widely recognized as a bonafide turkey slayer.

“The Missouri season runs three weeks and seems to encompass that late pre-breeding, peak breeding, and immediate post-peak period almost every year,” Brown says. “We’re in that third stage right now, and it’s one of my favorites. It’s funny; right after the breeding peak, it seems like there’s always a day or two when gobblers plant their feet and expect hens to come to them. And, of course, there are still some hens laying, and they need attention right away in the morning before heading back to drop their next egg.”

Those factors combine to make the mid- to late-morning a great time for striking a hot gobbler now. “If a tom has been with a hen that’s left him, he starts looking around for another. And if it’s been a day or two since he’s had a hen run to him, gobblers finally realize if they’re going to find love, they’re going to have to move. And when they get in that mood, well, it’s one of my favorite times of the spring.”

Expert Tactic for May 6: The Mid-Morning Milk Run

Like any turkey nut, Brown will do his best to lure in a tom off the limb at fly-down. But he actually expects the action to be better after the sun hits the tree tops. “I did quite a bit of hunting with the late Dick Kirby (Quaker Boy founder and industry icon), and he taught me the value of a boat-paddle call,” Brown says. “The boat-paddle (a long, slender box call) is high-pitched and has tremendous volume. Not only can it really reach out; it also emulates a hen that’s not only in the mood, but desperate. So once the fly-down action is over, I start covering ground and checking on gobblers I’ve heard in different locations over the course of the spring. I’ve lost track of the gobblers that have hit that call, often from a long distance, on a May morning.”

The next step is one that too many hunters manage to botch, says Brown. “I know, because I’ve done it too many times,” he laughs. “Our initial impulse is to figure out a way to get tighter to a gobbler who screams at us from a distance. But this time of year, the first thing you should do is find a comfortable tree and plunk your butt down immediately. I can’t tell you how many times I’ve been moving closer to a gobbler, only to bump him as he was in the business of running to me. When you strike a tom from a distance at this phase, his next gobble might come from half the distance. So let him come. And be ready when he gets there.”

Of course, the odd bird may still plant his feet and play hard to get. Brown said the best options in that case are to either wait him out—long periods of silence punctuated by short calling sequences should eventually break him—or enlist a partner. “One of the best ways to kill that bird is to have one guy keep him gobbling with the boat paddle while the other slips tighter and tighter, then closes him with soft calling. That’s a really fun and effective way to kill a bird with a buddy.”

Read Next: Best Turkey Shotguns for 2022