The 30-30 is one of the most popular deer calibers of all time, but how does it compare to the 45-70? We compared them to help you decide 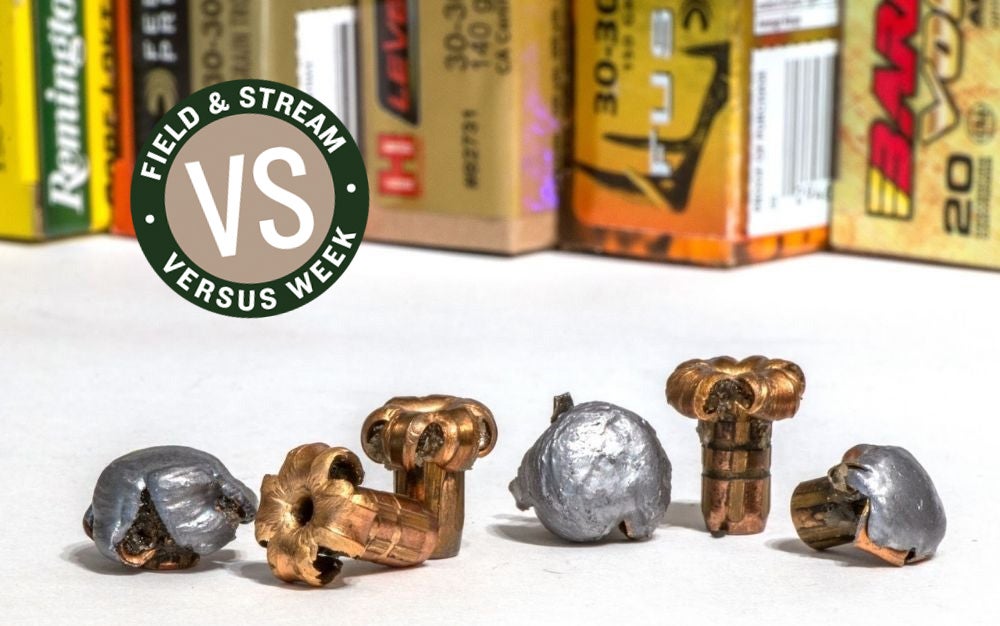 Today there is a wide range of .30-30 ammunition to choose from. Loads using 150-grain bullets are the most popular. Richard Mann
SHARE

Even though is seems everyone is addicted to long-range shooting now, traditional lever action rifles remain popular. I think this is partly because as shooters become more familiar with different types of rifles, they begin to learn the fast-handling advantages that traditional lever action rifles offer. I also think it is partly because everyone has a little cowboy in them. But deciding you want a lever action rifle is only the first step. Lever action rifle calibers are primarily .30, .35, and .45. The most popular cartridges are the .30-30 Winchester, .35 Remington, and the .45-70 Government. But when it’s time to make a choice, the debate usually comes down to the .45-70 vs .30-30 due to their popularity.

Similar to the .30-06, the .45-70 can effectively be used for any game in North America including dangerous bears. However, if a traditionally styled, tube-fed, lever-action rifle is what you want, the .45-70 vs .30-06 is not a practical debate. It’s true the .30-06 is available in the Browning BLR and Winchester 1895 lever action rifles, but neither are the tube-fed, lever guns that will help shooters get in touch with their inner cowboy. No, if you want to hunt with a traditional lever gun, a traditional cartridge is what’s needed, and the question most will want answered is whether they should get a .30-30 or a .45-70.

This cartridge became available in 1895 in Winchester’s Model 1894 lever action rifle. It was America’s first sporting cartridge to be loaded with smokeless powder and was originally loaded with a 160-grain bullet and 30 grains of powder. This produced a muzzle velocity of about 1950 fps. The cartridge got its name from its .30-caliber (.308-inch) bullet and the 30 grains of powder that fueled it. Since then, the cartridge has been chambered in a wide range of rifles but gained its fame and popularity in the 94 and the Marlin 336.

When it comes to modern .30-30 ballistics, things are a bit improved today. The most common loading is a 150-grain bullet at an advertised 2390 fps. However, for common 20-inch barreled traditional lever guns, real muzzle velocities are closer to 2300 fps. This is a powerful combination and has been used effectively on everything from feral hogs all the way up to moose. You can also get 125 and 170-grain loads, but neither offers any practical advantage over 150-grain loadings, especially the excellent 150-grain Federal HammerDown, which has been specifically tuned for lever guns.

However, there is another option. Hornady offers 140- and 160-grain LEVERevolution loads. What sets these apart is that they utilize a spitzer instead of a round nose bullet. Round nose bullets have always been required in tube fed lever guns, but the soft rubber FlexTip used by Hornady makes these pointy bullets safe in the magazine tube. With the LEVERevolution ammunition the .30-30 has a 13% flatter trajectory and retains about 6% more energy. Regardless the loading, a traditional .30-30 lever gun will recoil between 10 and 13 foot-pounds of energy.

Many hunters have an old .30-30 gun. Maybe it was passed down from their grandfather, or maybe it was their first deer rifle. Although it may not be considered a high-powered rifle by modern standards, it is fully capable of taking deer sized game out to around 200 yards.

When most think of a 45-70, they think of a 45-70 lever action rifle. However, the first 45-70 was not a lever gun. The cartridge was adopted by the U.S. military in 1873 in the single shot Trapdoor Springfield rifle. The ballistics of original .45-70 ammo was nothing to crow about by today’s standards. It was originally loaded with a 405-grain .45-caliber bullet ahead of 70 grains of black powder, hence the name 45-70. This load had a muzzle velocity of around 1300 fps and compared to modern .45-70 ballistics; it was like throwing a rock. At 200 yards the bullet would drop more than two feet.

With the arrival of the .30-30 Winchester and the 20th Century, interest in the .45-70 waned. It simply could not compete with the flatter shooting .30-30 or the even more modern .30-06. However, in the early 70s Marlin reintroduced their 1895 lever action rifle chambered for the .45-70. A version of Marlin’s much more robust 336 action, the new 1895 could handle ammunition loaded with much higher pressures. Soon, we began to see the second power level of .45-70 ammunition, which included 300-grain bullets being pushed to around 1800 fps. These carried more than 1000 foot-pounds of energy to 200 yards, with trajectories twice as flat as the original loading.

But the advancement in .45-70 ammo did not stop there. The 1895 is a very strong action and companies like Buffalo Bore began loading third power level “heavy” .45-70 ammunition. Recoil is however brutal; out of a Marlin 1895 these heavy loads generate nearly 50 foot-pounds of shoulder shoving punch.

When it comes to the .30-30 vs .45-70 for hunting deer or similar sized game, for most, the .30-30 Winchester is the best option. The various 150-grain loads have proven to be fantastic for deer hunting and recoil is negligible. Currently, Winchester and Henry both offer traditionally styled lever guns, and you can find used Winchester 94s and Marlin 336s at about any gun shop. Also, the ammunition options for the .30-30 are plentiful. There are nearly 20 different 150-grain loads to choose from, as well as the previously mentioned LEVERevolution loads from Hornady.

The .45-70 is for sure deer capable with any load, and with second power level loads, it’s good to go out past 200 yards. However, even though it has the power for clean 200 yards kills, from a trajectory standpoint it’s inferior to the .30-30 Winchester. It also has added recoil. A .45-70 loaded with a 300-grain bullet at about 1800 fps will recoil almost three times as hard as a .30-30 Winchester. Surprisingly, when similar .30-30 and .45-70 ammunition—like the excellent Federal HammerDown loads—are compared, the 150-grain .30-30 bullet will penetrate about 10% deeper.

But there is another consideration. In some states, where shotguns were previously all a hunter could use for deer, they are now allowing straight-wall centerfire rifle cartridges for deer hunting. If you’ll be deer hunting in one of those states, the .45-70 is a good option whereas .30-30 Winchester is not even legal.

The .45-70 lever action really steps away from the .30-30 Winchester when it comes time for larger game like elk and moose. Though the .45-70 will not deliver any deeper penetration with second power level loads, it will make larger holes because the bullets deform with a wider frontal diameter. In the case of the HammerDown loads, the 300-grain .45-70 bullet will deform with a frontal diameter that’s 33% larger than the 150-grain .30-30 load. This means there’s the potential for as much as 50% more tissue destruction. Elk and moose have big lungs and with low velocity cartridges like the .30-30 and .45-70, the larger the hole you make in them, the better. If you’re going to go after larger game with the .30-30, choose a deep penetrating bullet like the 150-grain in the Barnes VOR-TX line or the 190-grain JFN load from Buffalo Bore.

At the beginning of his African hunting career in the early 1900s, professional hunter Wally Johnson killed several lions with a .30-30 Winchester. There’s no question it can be done, but lions are more dangerous than they are big. When it comes to dangerous game, bullets that penetrate deeply and make a large diameter hole are much preferred and the .30-30 Winchester simply cannot deliver the bullets needed to make this happen. The .45-70 can get the job done but you’ll need the third power level, magnum-type loads, like are offered by Buffalo Bore. Their 430-grain hardcast load has a muzzle velocity of almost 1900 fps with an incredible 3446 foot-pounds of muzzle energy.

It is not a question of whether the .30-30 or .45-70 is the best cartridge for a traditional lever action rifle? The question that matters when it comes to the .45-70 vs .30-30 is, which cartridge is best for you? If you’re only going to hunt feral hogs, deer, or black bear, the .30-30 makes the most sense. It’s more than capable to handle these critters, shoots flatter, and generates less recoil than any .45-70 load.

If you’re also going to hunt the occasional elk or moose, the .45-70 lever action is a better option because with it you have various power levels of .45-70 ammo to choose from, and you’ll also be able to make bigger holes that will help put these larger beasts down. And of course, if dangerous game, whether it be grizzly bears or buffalo, is in your future, go with the older but now more powerful .45-70. Or make damn sure your life insurance is paid up in advance; these beasts are outside the realm of the .30-30 Winchester; no matter what load you use or how well you shoot.