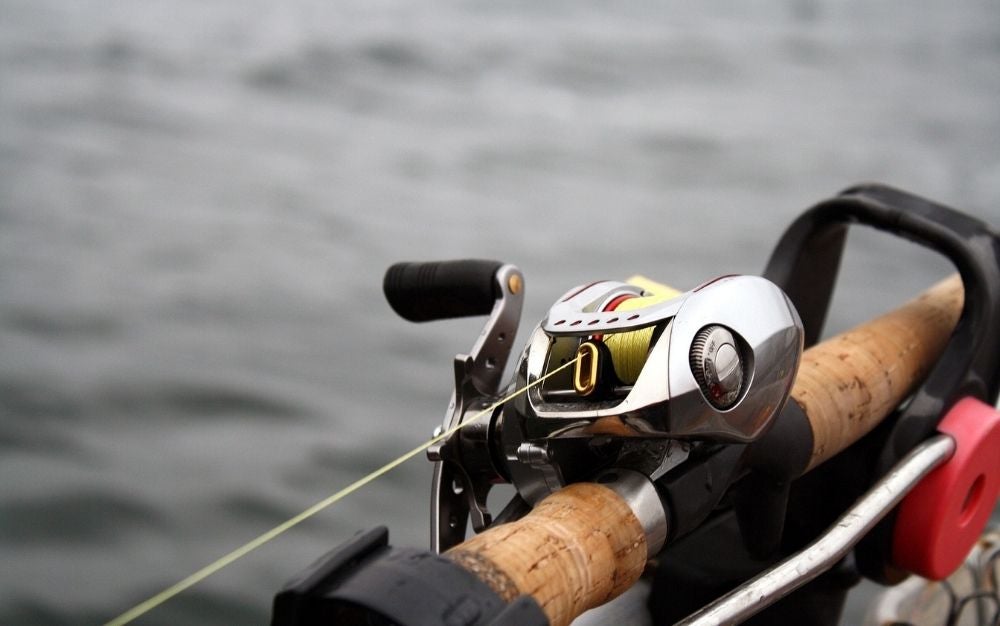 Best Daiwa Reels for All Types of Fishing

Daiwa Reels are inexpensive, effective, and long-lasting. Here’s now to choose the best Daiwa reel for your fishing.

Daiwa is known and respected for making affordable, well made, reliable fishing reels. The reels are also known for their longevity. Whether you’re looking for a simple spincast reel for pond fishing, a baitcasting reel for bass, or a surf spinning reel for stripers, you’re sure to find something here. Daiwa has an options for all types of fishing.

Daiwa reels have been around for quite some time. The fishing supplies company made its first Daiwa spinning reel in 1955. Daiwa is a Japanese company, and like that country’s car manufacturers Toyota and Honda, it’s known for its products’ reliability and innovation. The company pioneered the use of carbon fiber material in fishing equipment. The reels are recognized for their ruggedness and reliability. Here’s how to choose the best Daiwa reel for you.

Spincast Reels: When in doubt, go for simplicity

The easiest fishing reel to use is a spincaster. The angler presses a button, holds it, and releases it when making a cast, allowing line to come off the spool. Spincast reels sit on the top of  the fishing reel, like a baitcasting reel, but the reel’s components are covered by an outer cone with a hole at the top. That prevents dirt and grime from getting into the reel’s gearing, and allows line to come out aligned with the reel’s guides.

Spincast reels are ideal for beginner fishermen. They are easy to learn how to use, and there’s little that can go wrong in terms of bird’s nests and tangles. That said, serious anglers like spincasters because they are easy to make pinpoint casts–you simply press the button to stop the line from coming out. That’s an advantage when fishing weed beds with small openings.

The Goldcast Spincast Reel features a metal body, which is much more durable than plastic, which is found on many other spincasters. The handle can be placed on either side, so both lefties and righties can use it. The Goldcast is a solid choice for a long lasting spincaster.

Spinning reels have become ubiquitous in freshwater and saltwater fishing, because they are easy to use, reliable, and can be made small to handle very thin line, or large for extremely heavy line. They are not as easy to learn how to cast as a spincaster, but most people pick it up in less than an hour of practice. Spinning reels won’t tangle as easily as baitcasters do, and with the right maintenance, will last a long time—especially a Daiwa.

Baitcasting Reels: The benefits of a baitcaster

There are several good reasons to go with a baitcaster. Baitcast reels sit on top of the rod and release the line directly off of the spool and through the guides. Because the line spool sits perpendicular to the rod, the line doesn’t need to turn 90 degrees, as it does on spincast and spinning rods. That practically eliminates the chance of the line kinking. It also makes it easy to control casts, by using your thumb to control the amount and the speed of the line coming off of the spool.

The hardest part about using a baitcaster is making sure the spool doesn’t let out more line than is necessary. When too much line comes out too quickly, it can gather in a backlash.

But for the experienced angler, baitcast reels have several key benefits. You have more line control, which can pay dividends when you’re casting. The reels also can hold heavier fishing line for their size than spinning reels, and are stronger and better equipped to put the brakes on bigger fish. The learning curve is higher than that for spinning reels, but if you want to fish for big largemouth bass and other powerful species with big lures, a baitcaster is the reel to get.

It’s a well-constructed baitcaster with several features that make it easy to cast and control. Daiwa

The Daiwa Tatula CT Casting Reel is a great option to pair with almost any bass rods. You can use it to throw crankbaits, plastics, topwater lures, jigss, and more. It’s light but strong and features Daiwa’s signature T-Wing System, which allows for long free-spool casts while also reducing backlashes.

If you do a lot of trolling, whether it’s from a big boat or a small kayak, a trolling reel will make the process easier. A trolling reel is necessarily strong, because it has to handle the pull of a lot of line behind the boat along with the weight of the lure—and, according to the plan, a fish.

It’s a compact trolling reel with enough oomph to put the beat down on freshwater and saltwater fish. Daiwa

The Daiwa LEXA-LC400PWRL-P Fishing Reels is a high-quality option for trolling. The sturdy aluminum frame is durable, and the mechanical line counter is precise and reliable. Daiwa’s Infinite Dual Anti-Reverse means you can set the hook with real power.

Budget Reels: What you get for under $20

Daiwa makes an array of fishing reels that are offered at all price points. With premium reels, you’ll get high-quality material and more bells and whistles. But the brand is really well known for its budget reels. If you’re looking to save a dime, Daiwa is a great fishing reel manufacturer to choose.

What do you get from a budget reel? In short, performance. Inexpensive reels from the company are well made and tend to be quite smooth. That said, you will still likely run into the same shortcomings that you find with other budget reels. The reel may not last for many years, and may be heavier than more expensive reels.

The price of the SWF3000-2B-CP is so low it looks like a typo. It still boasts a sturdy aluminum spool and a digital gear design. It’s a great starter reel for fishing lakes and ponds for bass, pickerel, walleyes, catfish, and more.

Q: Where are Daiwa reels made?

Daiwa reels are made at several different factories in Asia. The company is based in Japan.

Q: Are Daiwa reels any good?

Daiwa reels are known for their reliability and longevity. The company produces budget reels, which it’s best known for, but it also has an array of high-end fishing reels. These reels are among the best fishing reels for the money.

Q: What is the best fishing reel for the money?

The best fishing reel for the money depends on what it’ll be used for, and by whom. That said, Daiwa reels are always in the conversation when it comes to reliable reel brands.

The final word on Daiwa Reels

Whether you’re in the market for a spincasting, spinning, baitcasting, or trolling reel, Daiwa has several good options, most of which are affordable. If you buy a reel, you can hit the water with confidence.