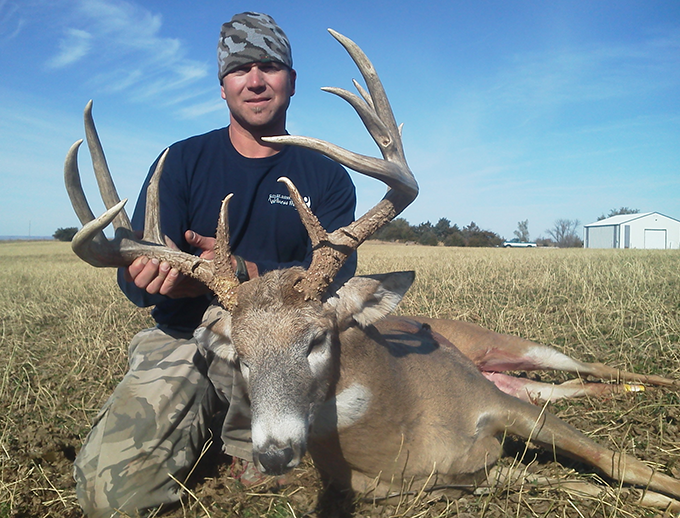 Knowing he had only one day left before the local gun season kicked off, veteran bowhunter Clint DeBoer headed out in unseasonably cold temperatures on Halloween morning and tagged a buck that rewrote the South Dakota record book. The 183 1/8-inch ten-pointer is now officially the state's highest scoring typical taken by bow. By then DeBoer had spent 14 mornings in his tree stand that season, hoping to spy the monster he'd been chasing for two seasons on his Missouri Breaks farm. But it was the one morning he'd sat elsewhere that haunted him—and ultimately got him out of his warm truck and into the woods.
SHARE