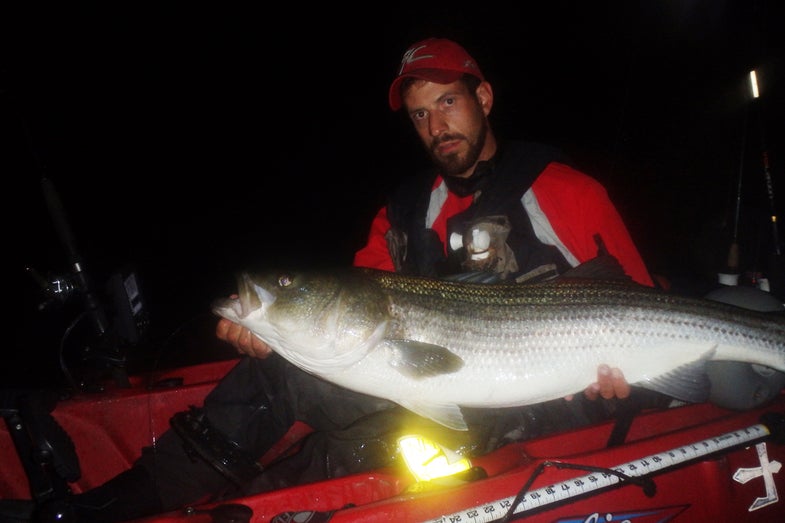 In mid-August, Elias Vaisberg hooked a 51-inch striped bass during New England Kayak Fishing's Massachusetts Bay Striper Shootout. In a 12-foot Hobie Outback kayak, Vaisberg braved an incoming thunderstorm to land the fish, which earned him first place in the open division of the catch-and-release Boston tournament. Here is his story.
SHARE