Our readers tagged some huge bucks on last year’s Best Days. So we dropped in at the homes and camps of four to hear their stories and help show off their trophies. 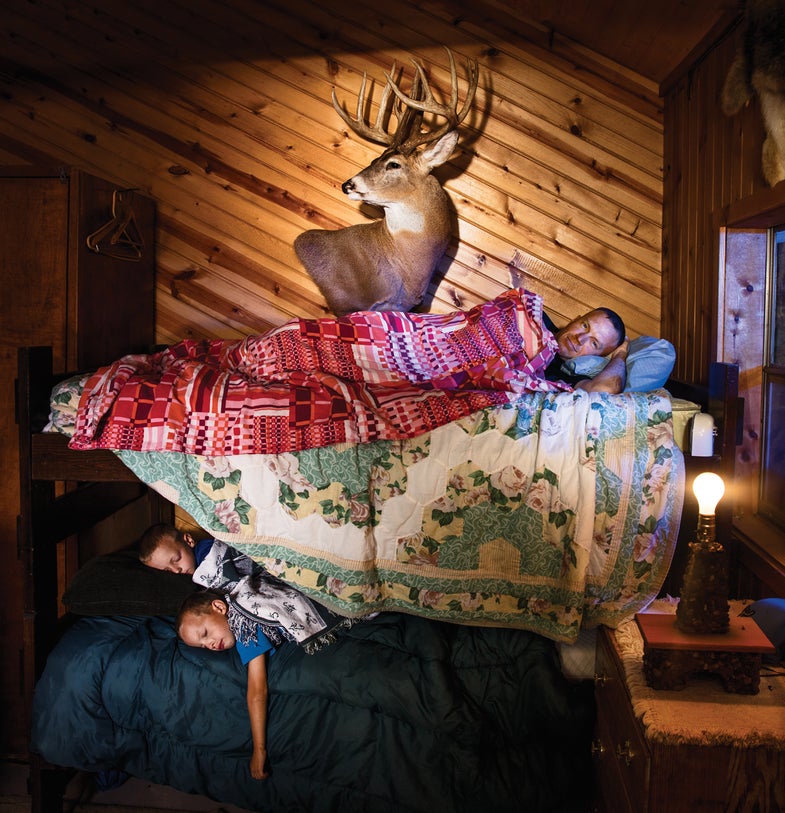 ✖ THE FROST GIANT ✖ Hunter: Shawn McDonough ✖ Location: Buffalo County, Wis.
✖ Score: 1943⁄8" gross B&C ✖ Date: Nov. 7, 2014
—
First McDonough's cousin missed the buck in 2012, when it was a 160-class 3-year-old. "His arrow nipped a branch and sailed off," says McDonough. Then McDonough almost put his tag on the giant in 2013. "He chased a doe right past my stand—at just 10 yards—but I couldn't get him stopped." So, heading to the same area around 11 a.m. on a blustery, cold Nov. 7, 2014, McDonough knew exactly what deer he was after. But by 3 p.m. he hadn't seen a thing. "Then it started to sleet, and the wind began whipping like crazy. I decided it was time to bail." As he reached for his quiver to attach it and lower his bow, he glanced at a trail behind him. “There he was, standing just 20 yards away, and looking in the opposite direction.” The buck went only 60 yards at the shot and piled up. “It was unbelievable. At three o’clock I was ready to bomb out of the woods. At four I was calling a buddy to help me drag out my dream buck.”. Ackerman + Gruber
SHARE

Our readers tagged some huge bucks on last year’s Best Days. So we dropped in at the homes and camps of four to hear their stories and help show off their trophies.