Females are taking up hunting and fishing in record numbers, but outdoorswomen are nothing new. Women have graced the covers... 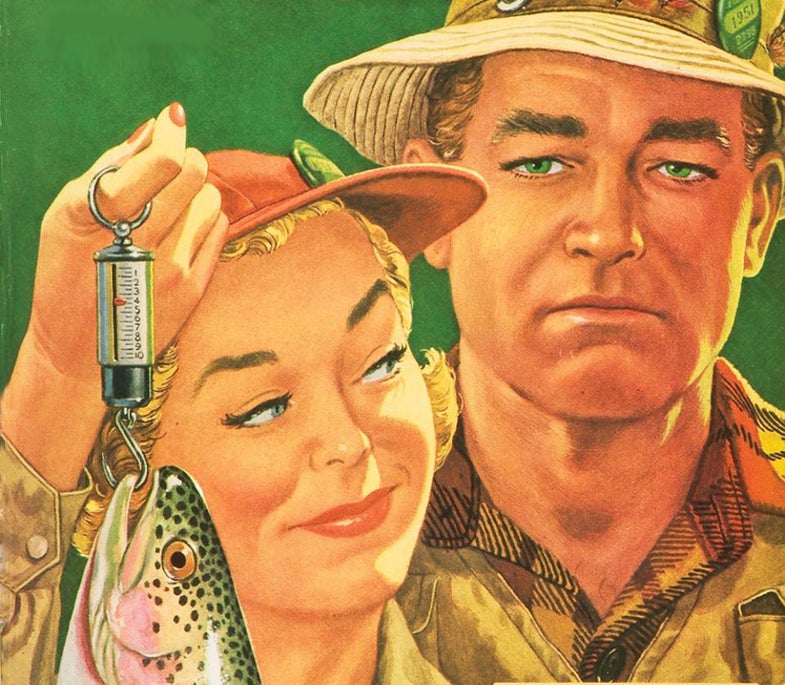 Females are taking up hunting and fishing in record numbers, but outdoorswomen are nothing new. Women have graced the covers of Field & Stream since its earliest days, and were often depicted as equal and competent companions. Among them were angry mothers, backwoods hunters, gloating lovers, and even a mermaid (no comment). The role of women changed in the mid-20th century, however, as men went off to and returned from war. Women remained on the covers, but in the magazine’s pages, they were seldom taken seriously.

As fish and game photographs began replacing illustrations in the 1970s, women were still featured on F&S covers but far less often. In January 1976, however, Queen Elizabeth became the first woman to appear solo on a F&S cover, followed by Eva Shockey, in May 2014—and now by Mia Anstine, in August 2016. Fortunately, times have changed since the WWII-era, and women, like Anstine and the ten other women in the issue, are transforming the face of hunting and fishing. In honor of Anstine’s cover appearance, we decided to dive into the archives and share these 21 vintage covers, which document the evolution of women in the outdoors.