The Top 12 Most Famous Shotguns

There are great shotguns, then there are famous shotguns—specific firearms that have attracted notoriety, and collector interest, given their historical... 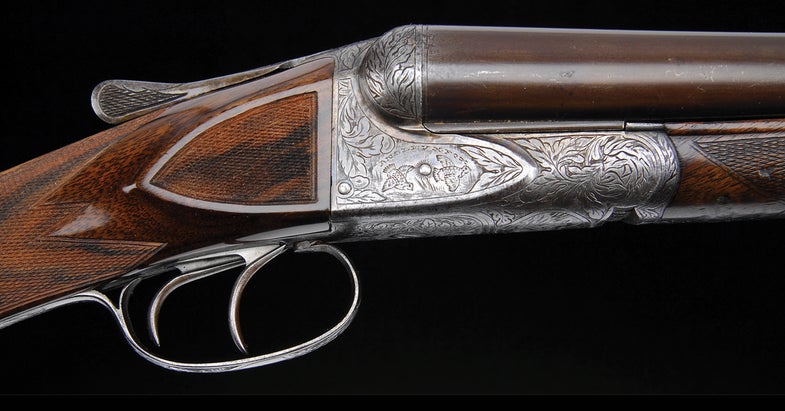 Nash Buckingham’s Bo Whoop Writer Nash Buckingham's "Bo Whoop"—named for the sound of its report—is an HE-grade Super Fox, made specifically for long-range shooting. Built in 1927, it weighs 9½ pounds and has 32-inch full-and-full barrels, specially bored to shoot 3-inch, 4-shot loads. Buckingham, a regular F&S contributor, used the gun for more than 20 years. On Dec. 1, 1948, however, he and friend had their licenses checked by a warden following a duck hunt. During the stop, Bo Whoop was leaned* against the fender of the car, then Buckingham forgot about it and drove away. The gun wasn't seen again until 2006, when a Georgia man took it to a gunsmith to have its broken stock repaired—at which point the smith told the man what he had. Purportedly, the man's grandfather had bought Bo Whoop for $50 sometime in the 1950s. After the gun sold at auction for $201,000, it was donated to Ducks Unlimited. *An earlier version of this story stated that Buckingham leaned the shotgun against the car. It has been brought to our attention that, following the incident, Buckingham wrote that the warden set the gun against the car, not him. We have reconciled this discrepancy.. James D. Julia Auctioneers
SHARE

There are great shotguns, then there are famous shotguns—specific firearms that have attracted notoriety, and collector interest, given their historical significance, iconic owners, and technical achievements. We asked F&S shotguns editor Phil Bourjaily to compile a list of the most significant of these guns and to offer a quick rundown of their histories.